By: Linda Relyea - Updated: 4 years ago

ALAMOSA – Lions, bats, and bears…oh mine. Adams State University biology majors presented their research on the use of abandoned mines by wildlife at a Porter Hall lunchtime talk on April 11.

Tyler Cerny and Jose Mix addressed the audience on behalf of the team of students who began the research project, including Erika Ibarra-Garibay and Wyatt Moran. Dr. Tim Armstrong, professor of biology, initiated the research project and mentored the students.

From as early as the mid-1800s, miners in search of silver and gold, as well as other precious minerals, surged to Colorado and began digging shafts in the mountains. Colorado has over 23,000 abandoned mines, which left unattended can lead to acid mine drainage that affects communities, to a collapse and release of dangerous fumes, or lead to drowning by those exploring the deep tunnels. Humans or other animals entering the mines can also unwittingly spread white nose syndrome, which has killed six to seven million bats across the United States.

In order to avoid these hazardous situations, the U.S. Forest Service and other government agencies are considering gating abandoned mine openings, which permits the entry of bats and other small creatures but excludes the entrance by humans and larger animals.

The Adams State biology students were encouraged to investigate the effect gating a mine might have on the animal population in nearby mountains. According the Cerny and Mix, their research concentrated on the effect on larger carnivores and how they currently use abandoned mines, either for shelter or to hunt for food.

Concentrating their study on the Sangre de Cristo Mountain Range, the students used GPS locations to randomly choose mines to monitor. The students placed a remote trail camera near the entrance to each mine. The cameras emit an infrared beam that signals the camera to take a photo when the beam is broken. The cameras were checked periodically from June 2017 through January 2018.

The team analyzed thousands of pictures. Each image had to be carefully studied to identify if any animal, regardless of size, was pictured. Their preliminary data indicates that out of 11 mines, only three showed no usage.

The research remains ongoing. Although the monitoring of the mines does show the use of the mines by a wide variety of wildlife, the extent of use is still unknown, especially in the winter months.

Cerny will graduate in May 2018, but the remainder of the student scientists will continue the research.

The public is asked to leave the remote trail cameras installed by the students alone if they encounter one while hiking in the Sangre de Cristo Mountains.

Captions: Adams State biology majors working with community volunteers place a camera Great Sand Dunes National Park and Preserve during hunting season in 2017, to monitor the use of abandoned mines by wildlife for a research project./Courtesy photo by Jose Mix 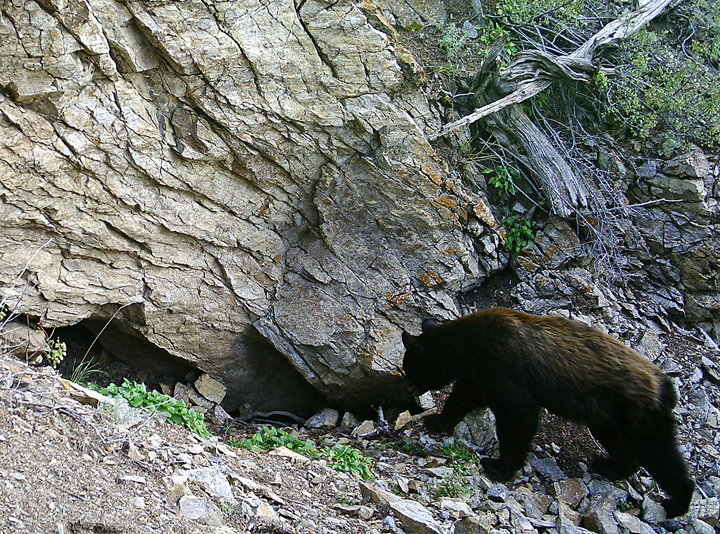 A black bear investigates the perimeter of an abandoned mine in the Sangre de Cristo Mountain Range on September 11, 2017./Photos courtesy of the Adams State University Biology Program 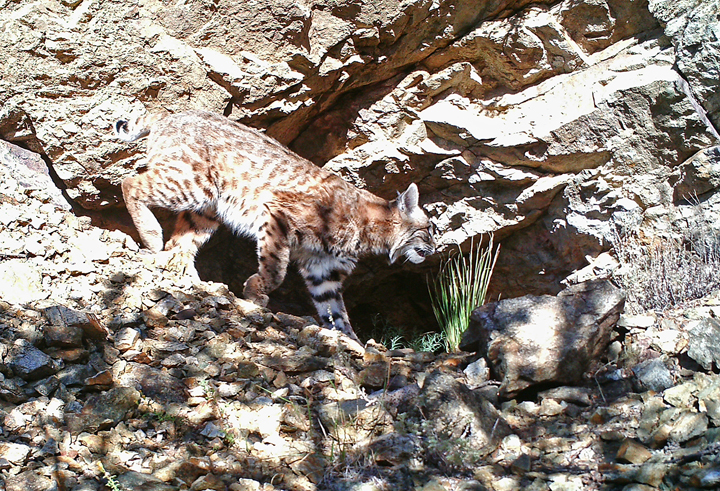 A bobcat passes in front of the Adams State University biology students trail camera on September 20, 2017. 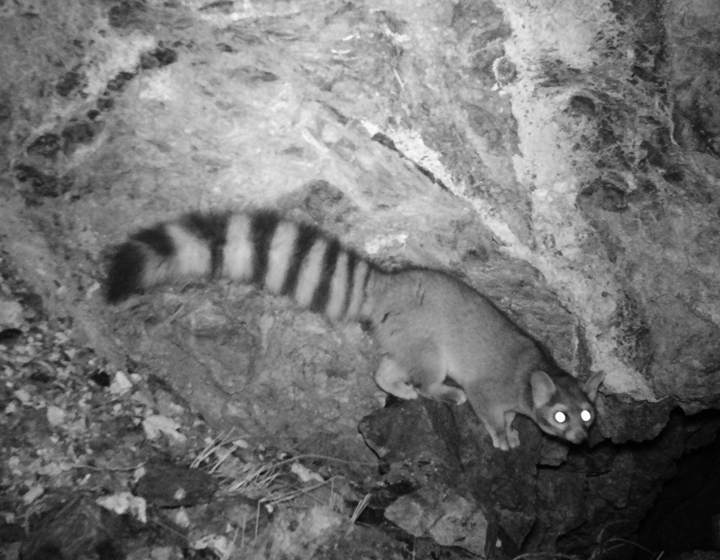 A remote trail camera, used by Adams State biology students in their research of abandoned mines, takes a photo of the elusive ringtail cat in the Sangre de Cristo Mountain Range on a chilly December evening.

Monte Vista chosen to be part of RERC program