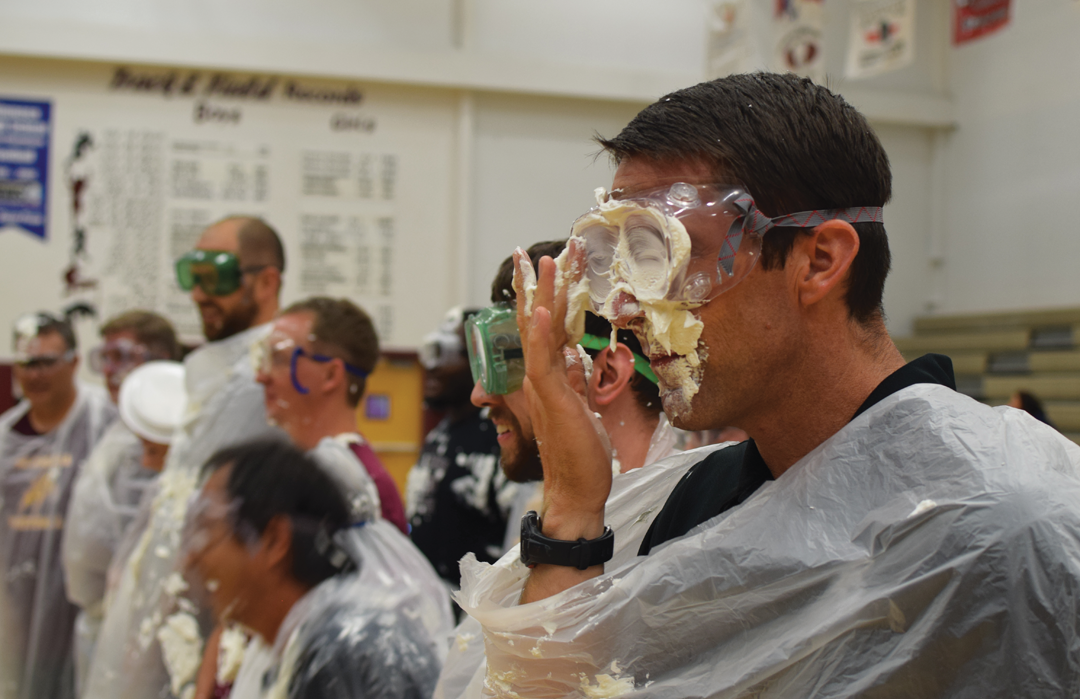 Alamosa High School Principal Andrew Lavier wipes whipped cream off of his goggles after being blindsided by pie at the school’s homecoming assembly on Friday. Along with Lavier, 16 teachers volunteered to take pie in the face for Key Club’s charity event. 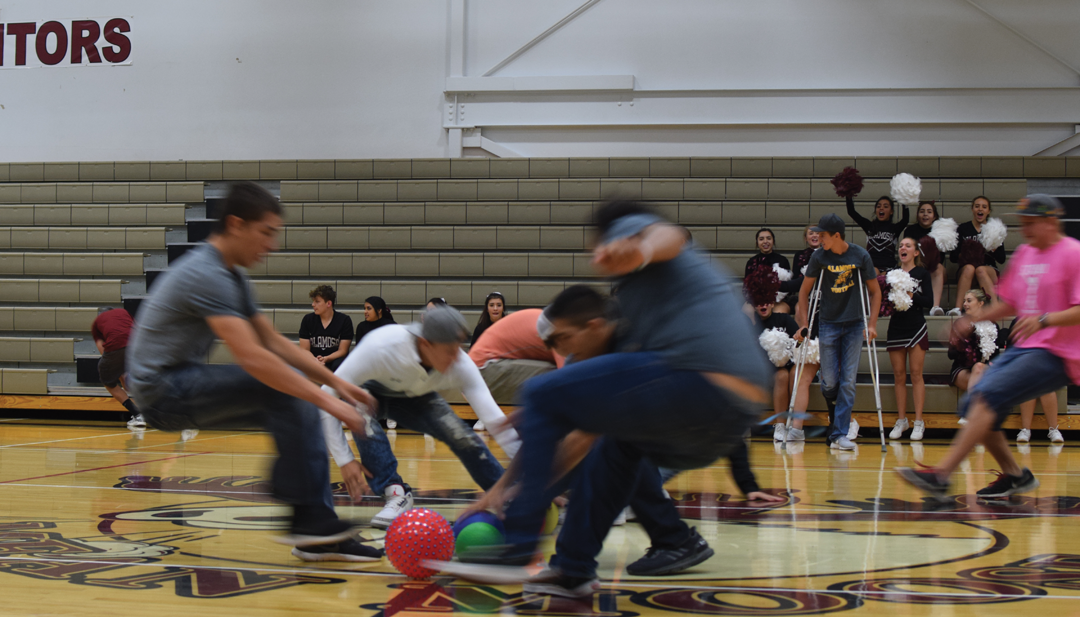 Alamosa High School lowerclassmen and upperclassmen scramble to grab balls for the dodge ball match during the school's homecoming assembly on Friday. Students also competed in hula hooping, hall decorating, scooter racing and dancing to see which class is the best. The seniors won with 50 points.