Leading the parade, a proud tradition 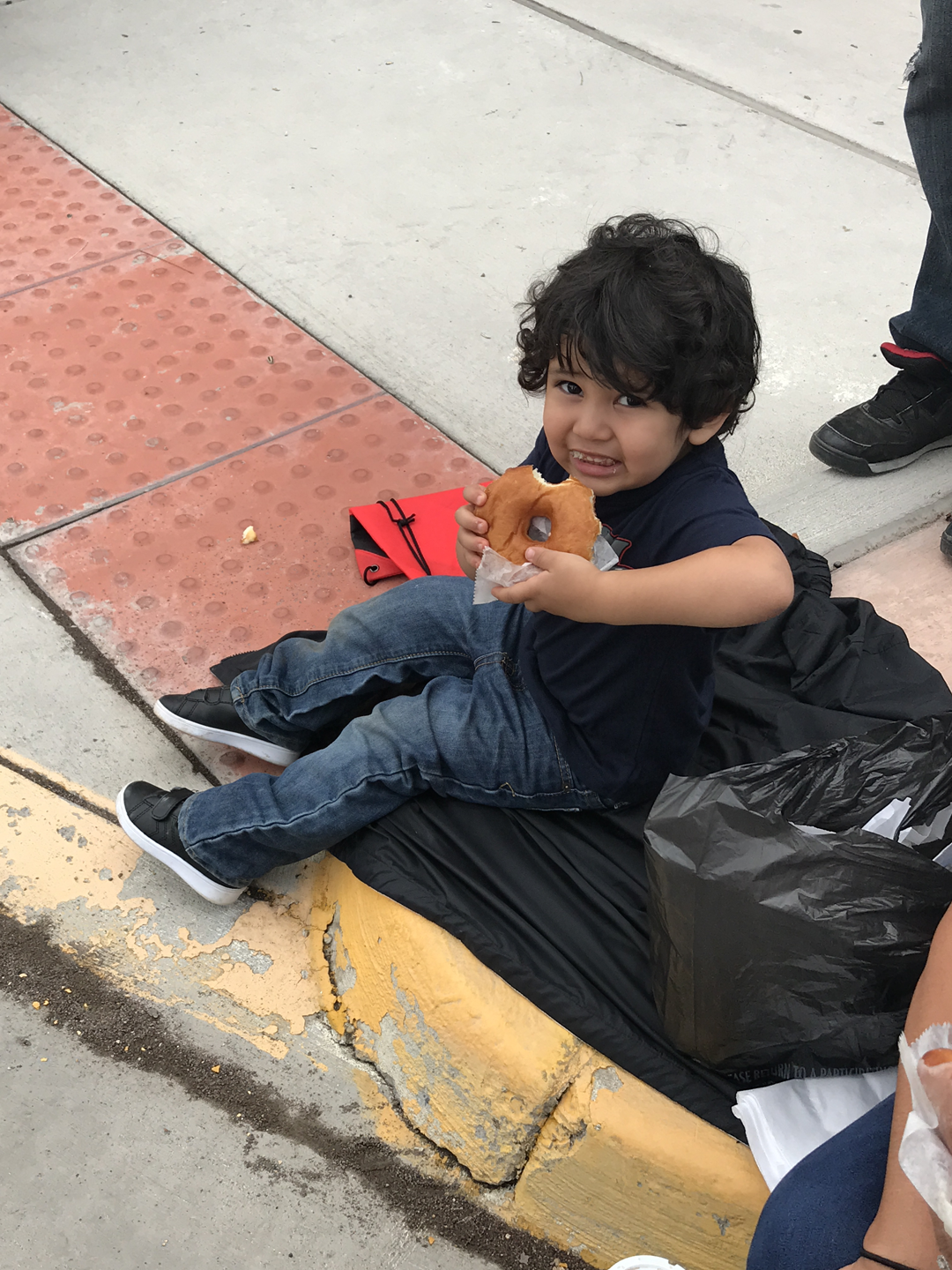 Del Norte's Issac Martinez munches on a donut happily as he waits for Saturday's Ski-Hi Stampede parade to start in Monte Vista. 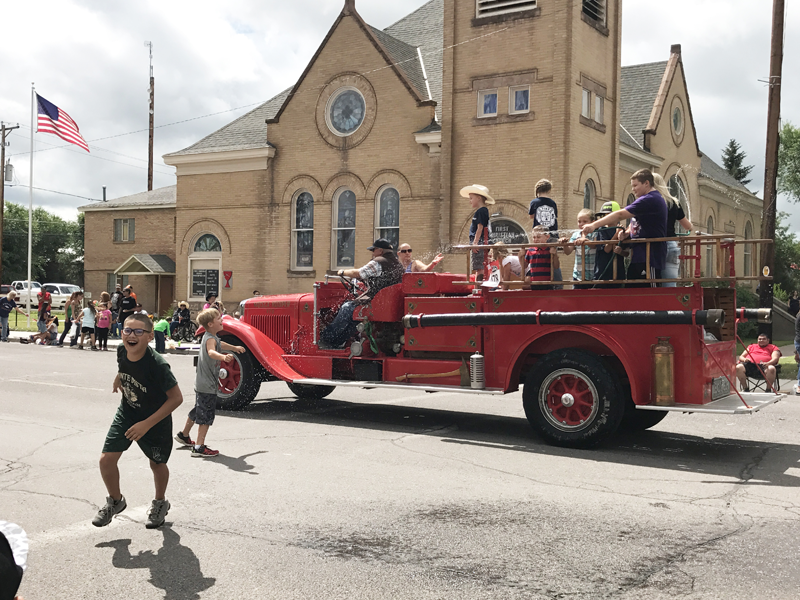 Despite the recent rainfall, several kids enjoy getting wet during the Ski Hi Stampede parade on Saturday. 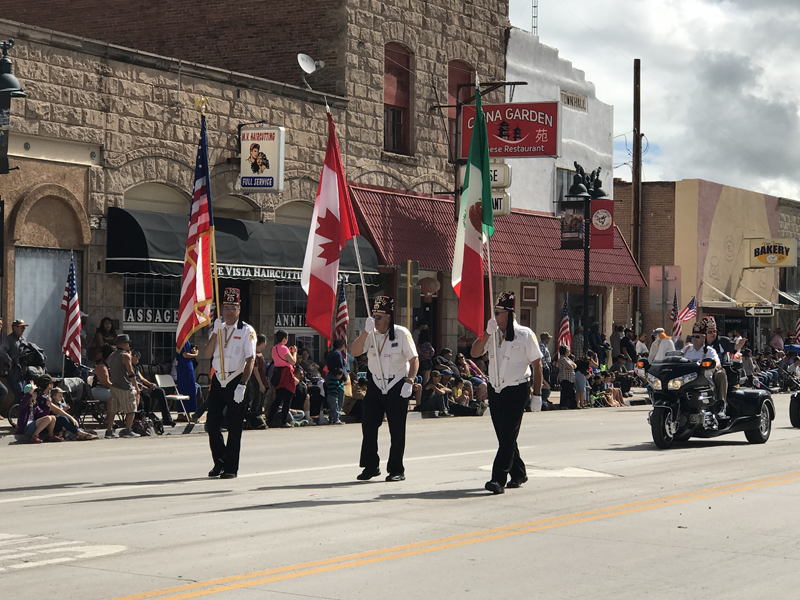 The Al Kay Shriners carry flags of all three nations in North America. 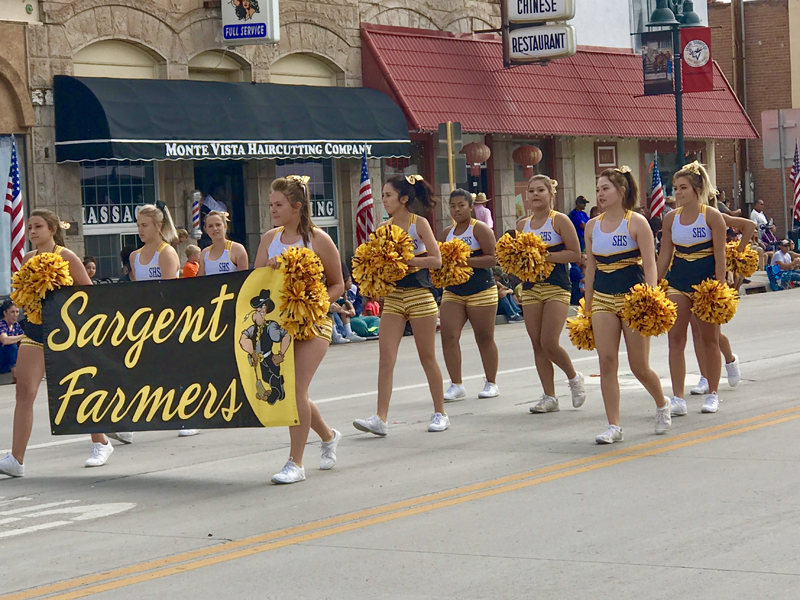 The Sargent Cheerleaders entertain crowds while showing off their cheers. 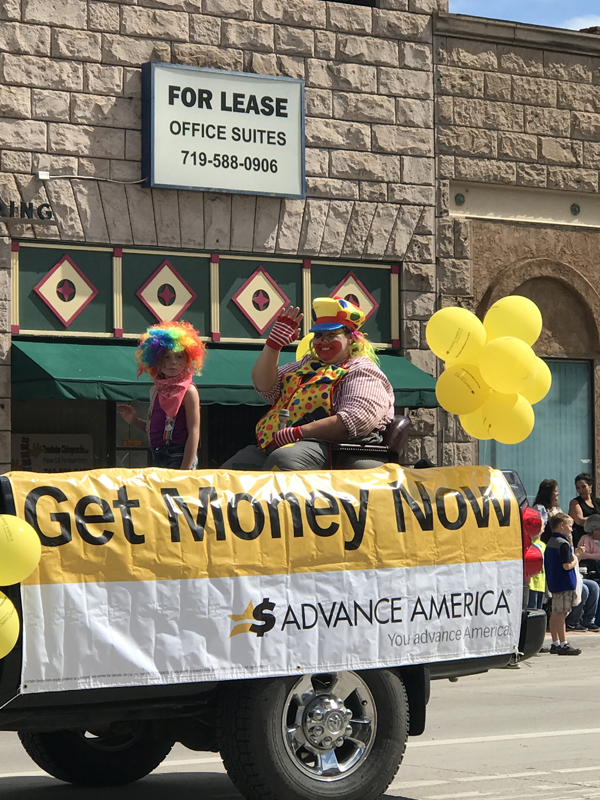 Marianne Dahl waves at the crowds as she was dressed up as a clown on Saturday. 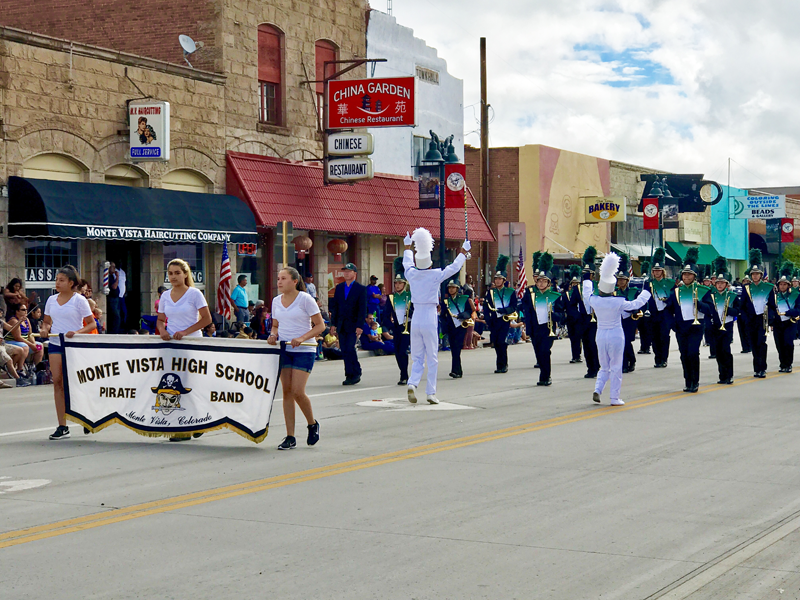 Despite losing their director at the end of the school year, Monte Vista’s band is one of the highlights of the Ski-Hi Stampede parade on Saturday.