ALAMOSA — Dr. Kim Hunter Reed, executive director of the Colorado Department of Higher Education (CDHE), met with Adams State trustees, administrators, and students during a visit to the university campus October 20. The visit was part of Hunter Reed’s statewide tour of Colorado’s 31 public colleges and universities.

At a meeting of the Board of Trustees for Adams State University, Hunter Reed presented the CDHE’s master plan, “Colorado Rises – Advancing Education and Talent Development.” She explained the plan’s overarching goal is to increase post-secondary credential attainment to 66 percent by the year 2025. To do so, additional strategic goals call for erasing equity gaps in credential attainment, improving student success, and investing in affordability and innovation. Specific goals call for increases in credentials for STEM and teacher preparation. Hunter Reed pointed out that by 2020, 74 percent of jobs will require post-secondary training.

“You are the first Hispanic Serving Institution in Colorado,” she told the trustees. “You have important history there. You have an important mission. We want to make sure institutions like this one that have high diversity and a student population with high financial aid continue in that mission. We need to make sure those students are successful.”

She noted that although Colorado has the nation’s second highest rate of credential attainment, it also has the second highest gap in attainment between whites and other ethnic groups. While credential attainment rates for Hispanics, African-Americans, and Native Americans have increased over the last five years, all are projected to decline by 2025. “We need to focus on erasing those gaps, as well as the gap between males and females. We have a challenge in terms of male education attainment,” she said.

She added Colorado has the fourth lowest level of funding for higher education. Since 2000, state support of higher education in Colorado has decreased from 68 percent to 36 percent, shifting the cost burden to students through tuition increases. “We may tend to think of higher education as a private good. But in fact, if a particular student does well, his family, his community, and the economy will also do well. We all benefit if we have a strong investment in our homegrown talent in Colorado.” 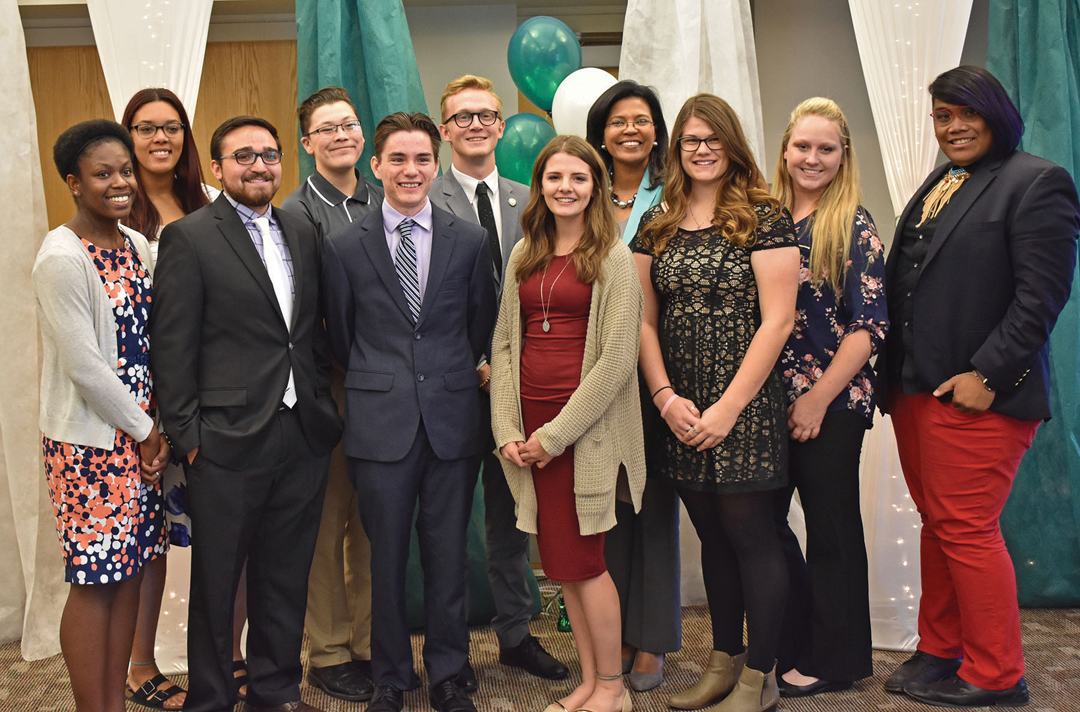 Hunter Reed met at lunch with Adams State student leaders in AS&F Student Government and the Multi-cultural Student Government. She asked them about the paths they took to higher education and about their concerns, most of which centered on financial issues such as student loan debt. She emphasized to them the importance of contacting legislators and policy makers to advocate on behalf of students.