Alamosa senior Ry Adams steps inside the arc Friday night against Cedaredge. Adams was a sniper for the Moose hitting 6 shots from downtown to lead Alamosa is scoring with 18 points.

ALAMOSA — Alamosa and Centauri High School each sent both their boys' and girls' teams to the 3A state tournament. Alamosa’s boys took a 61-20 victory over Cedaredge while Alamosa’s girls fell on the road to Lamar in a 48-19 game. Centauri’s girls had a dominant showing at home defeating Stargate School 86-24, the boys from Centauri fought hard but couldn’t defeat sixth seeded Faith Christian, falling 55-51.

In Alamosa the opening game between Alamosa and Cedaredge was the first meeting between the two and as such they took a while to feel each other out with a 9-4 first quarter. Of Alamosa’s 9 points Ry Adams contributed 6 with two 3-pointers. Alamosa took off in the second quarter netting 18 points with Angelo Ramirez contributing 6. Ramirez was second on the Moose with 8 points on the night.

Not to be outdone Centauri’s girls absolutely hammered Stargate School. The Centauri Falcons opened with 21 unanswered points. The Falcons would keep the Eagles silent the majority of the first quarter only allowing a basket with 8 seconds remaining in the quarter. The show of force would continue into the second quarter, Centauri banking 26 more points. 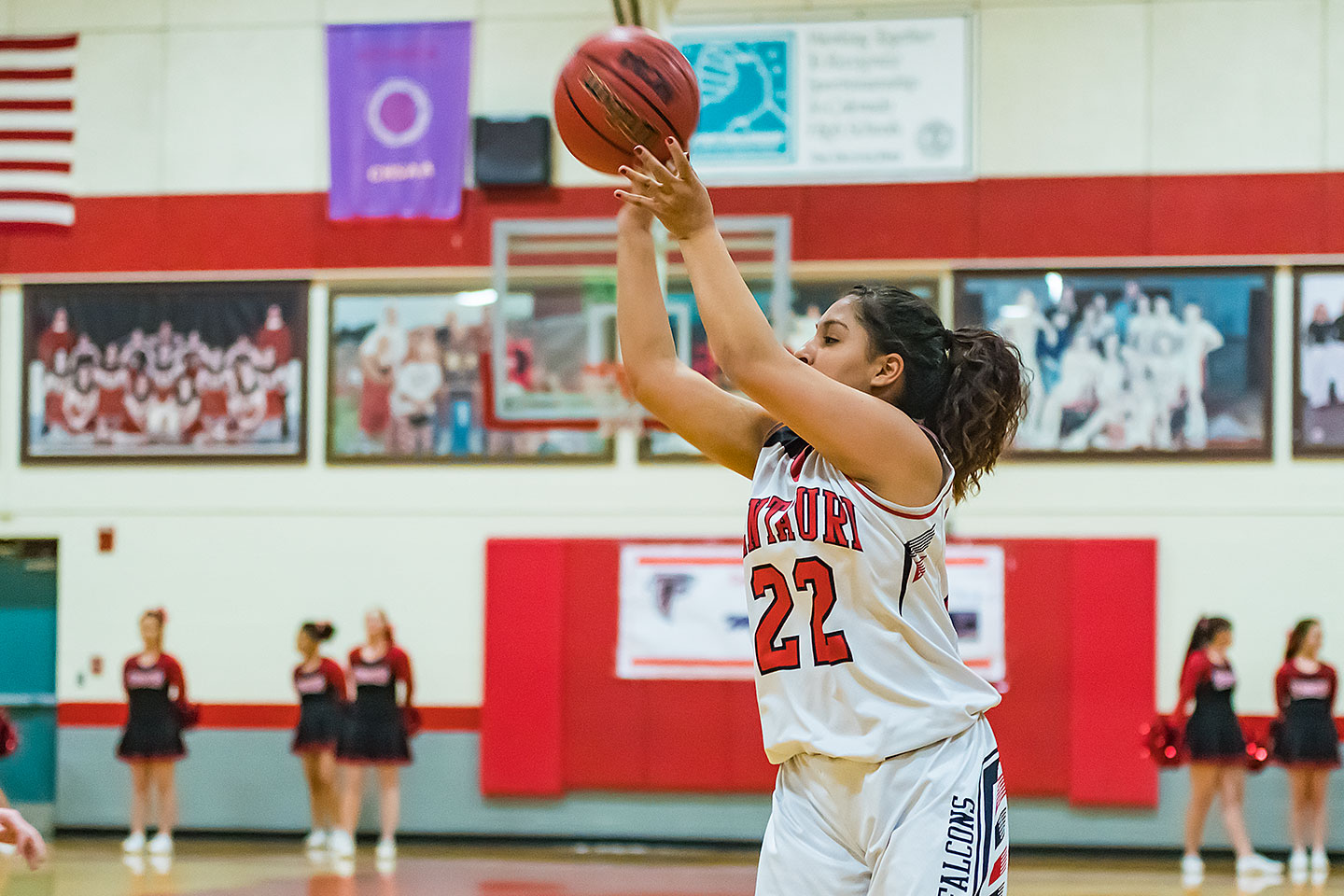 Alyssa Gomez fires for Centauri during Friday's rout of Stargate School. Gomez lead the Falcons with 17 points collecting all of them from the field. (photos courtesy Aaron Parrill)

Alyssa Gomez came up big for the Falcons hitting 12 points in the first half. Ember Canty and Caroline Van Berkum were a little scarce with 6 field goals between them combining for 16 points all game long. Gomez shone brightly to help the team, closing her day out with a team leading 17 points. The Falcons would go to the half with a 50-point advantage. The Falcons kept their foot on the gas; Centauri would continue to pour it on through the remainder of the game. Completing an 86-24 victory.

Both Alamosa and Centauri will receive home court advantage for one more game. Alamosa’s boys will face Grand Valley today at 1 p.m. Out of Parachute, Colorado; the Grand Valley Cardinals closed their regular season 16-3 and took fourth in the Western Slope district tournament.  Last night they defeated Colorado Springs Christian 55-44 to advance to their meeting with Alamosa.

Centauri will host the Manitou Springs Mustangs today at 1 p.m. The Mustangs were 12-7 through the regular season. After taking fourth in a talented Tri-Peaks district they advanced to state. Manitou Springs defeated Faith Christian 43-36 in last night’s game to set up their date with Centauri today.