VALLEY — Twenty teachers, four Adams State professors, and one grant coordinator set out on a 929-mile adventure this summer to the Four Corners region.

The two-week adventure was part of a STEAM (science, technology, engineering, art, and mathematics) grant offered through the university.

The excursion started at Chimney Rock, Colorado, and continued to Crow Canyon in Cortez. The team then made a stop at Mesa Verde. Bluff and Blanding Utah were the next stops on the map. The group headed to Chinle (Canyon de Chelly), Arizona and had the opportunity to travel through Monument Valley as they headed to Chaco Canyon. Next stop was Gallup, New Mexico and from there the team had the opportunity to stay at the Ghost Ranch, near Abiquiu New, Mexico, home of the famous artist Georgia O’Keeffe. Circling towards home, the group last visited the Taos area Pueblos. 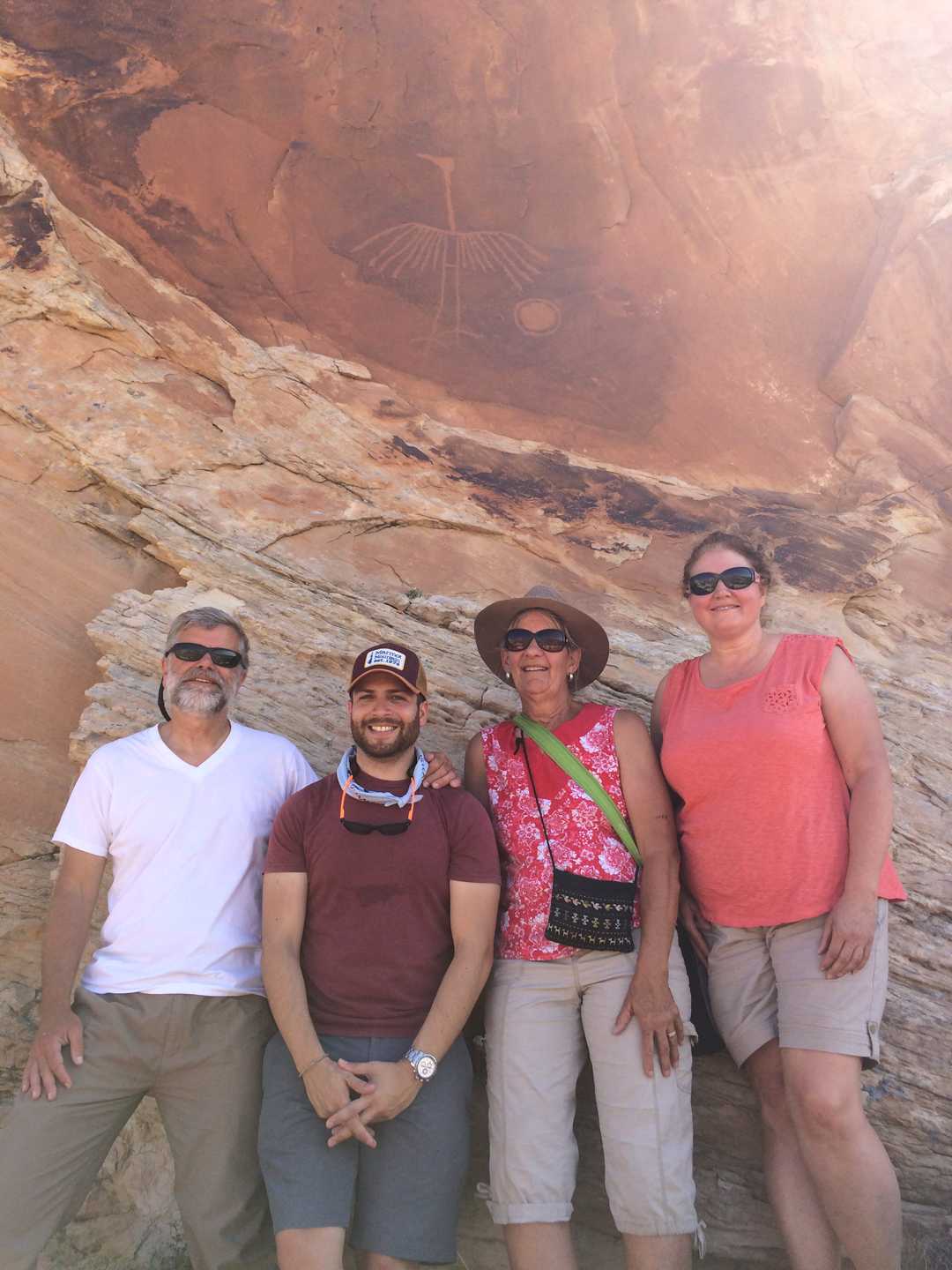 Next to a petroglyph from left are Tim Armstrong, Nick Saenz, Barb Kruse and Andrea Rydgren.

Along the way, the team was educated on the history, ecology, anthropology, and archeology of the regions. The trip was heavily saturated with rich information about the Native American cultures of the regions. Ute and Navajo tour guides shared their enlightening stories, both sad and happy, with the group.

The team endured many hikes in hot, dry weather to witness unique petroglyphs, pictographs, and ancient structures the pueblo people built. Some of these structures include kivas, pit houses, and great rooms dating back thousands of years. 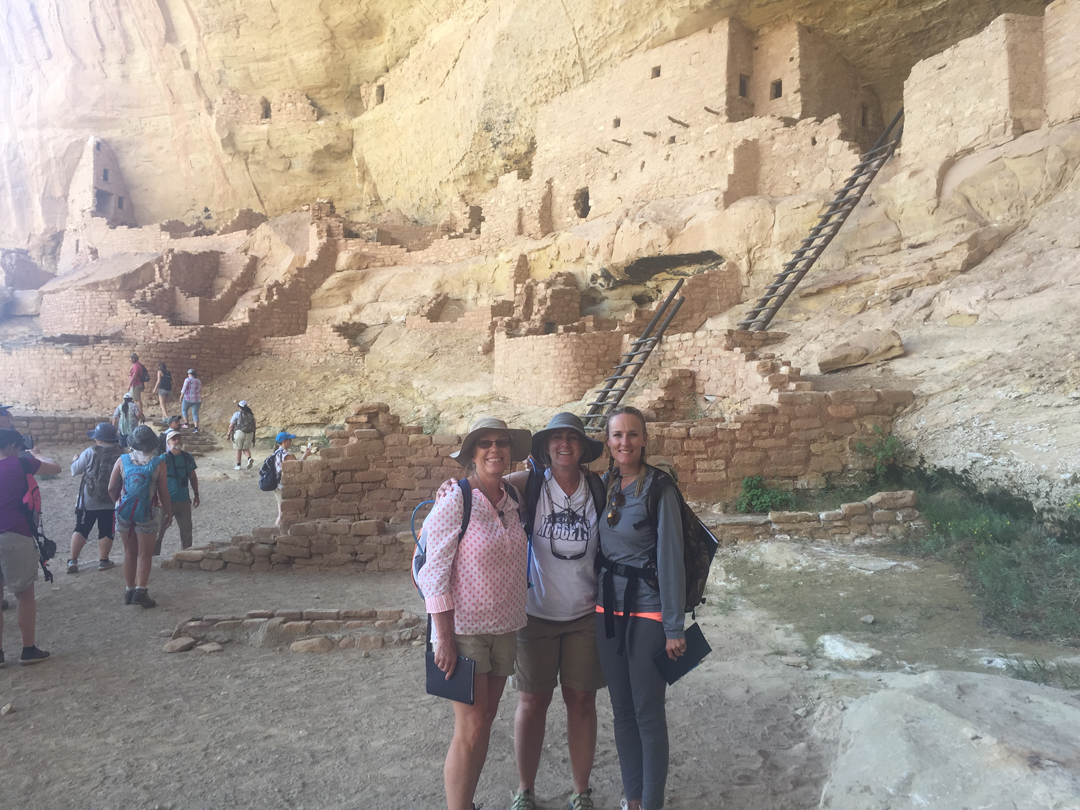 At Mesa Verde from left are Sheryl Josselyn, Cheri Jones and Deborah Shawcroft.

The trip was educational and also amazing. Friendships were made and bonds were formed that will last a lifetime. It is amazing how many wonderful things there are to see and learn right in our own back yard (Four Corners Region).