One of two San Luis Valley players chosen for the CHSCA All-State Games’ football feature, Sargent High School’s Justin Hacsi (55)—named to the South squad along with Farmer teammate Esteban Aguilera—stands with parents Jeff and Rhyan to his left, SHS skipper Trevan Pepper to his right and South coach Rob Braaten (Colorado Springs Mesa Ridge) at his far right during pre-game introductions at Adams State University’s Rex Field.  Utilized primarily as a defensive back against pass-happy North, Hacsi and South fell behind 14-0 after one quarter and 35-3 through two, and the crew’s fourth-quarter rally only managed to cut the final deficit to three scores. 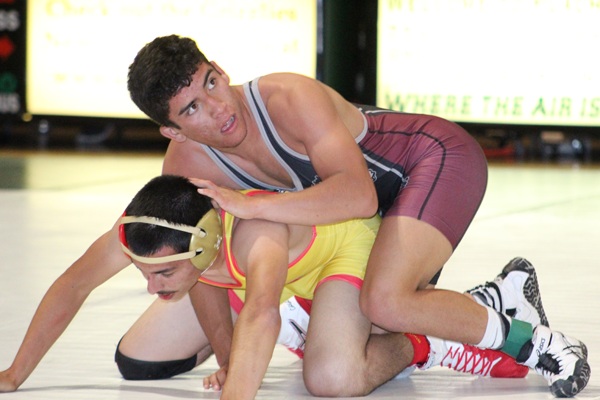 Alamosa’s Isaiah DeLaCerda controls his opponent from Rocky Ford during the wrestling match in Plachy Hall last Friday night as a part of the CHSCA All-State Games. 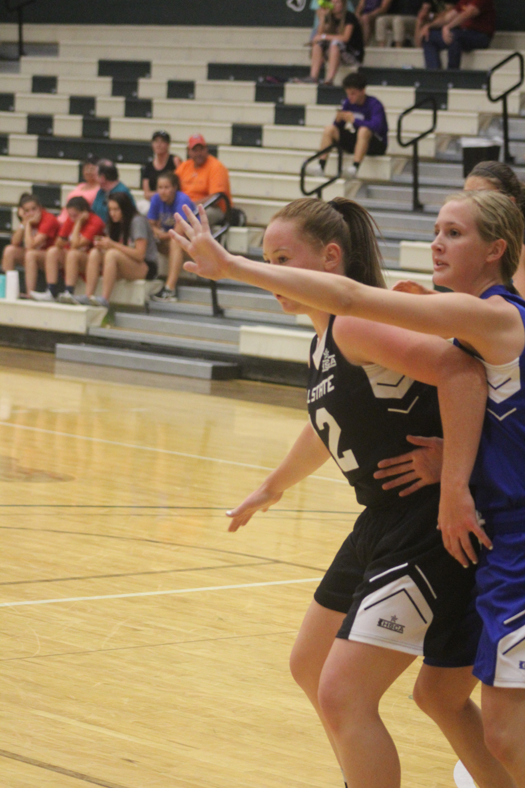 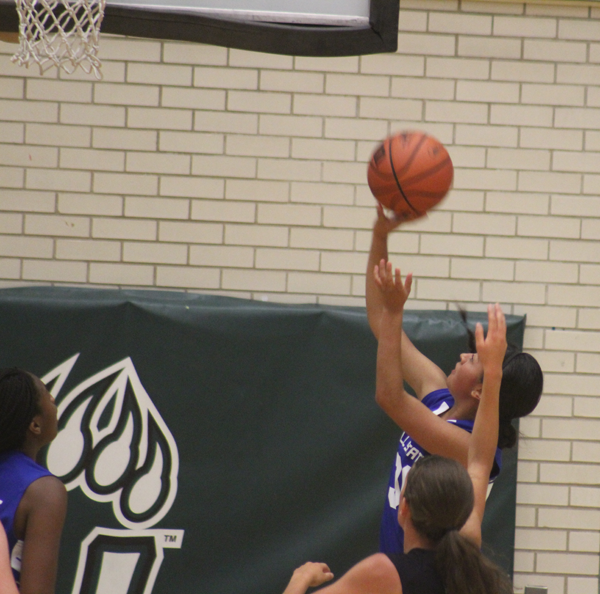 Tyana Sanchez of Antonito heads for a layup during the semifinals of girls basketball in the Colorado High School Coaches Association June 10 at Adams State University. 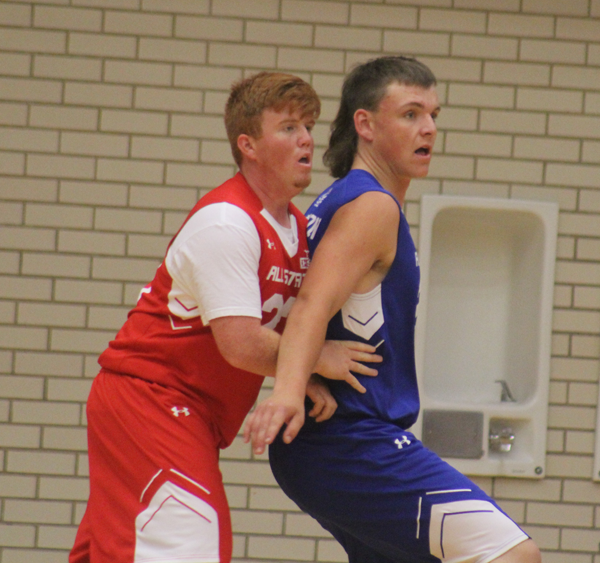 Derek Lucero of Sierra Grande and Reese Anderson of Highland High School battle for position in the post during the consolation round of boys basketball at the Colorado High School Coaches Association all-state games June 10. 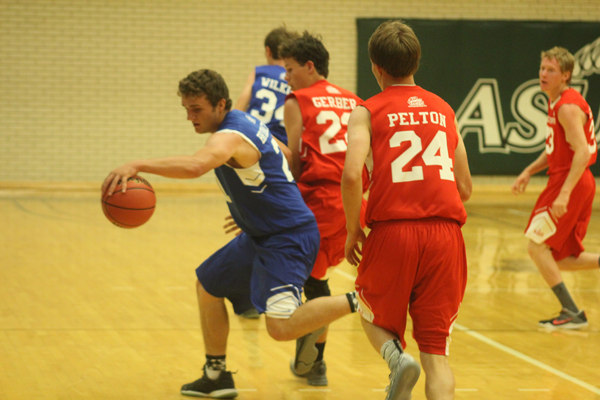 Ryan Brubacher of Alamosa High School controls the dribble ahead of Kendall Pelton of Cheyenne Wells June 10 at Adams State University in Alamosa. 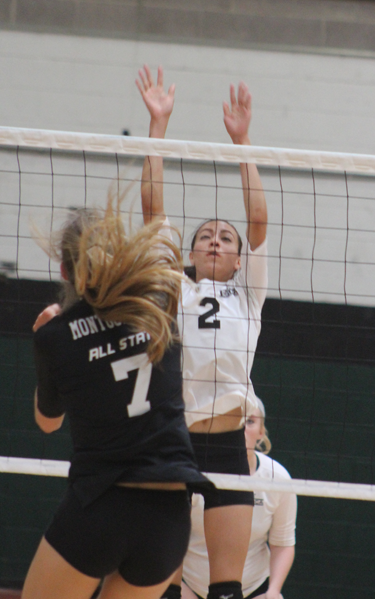 Sierra Grande’s Antoinette Archuleta goes up for the block against the attack of Brynn Montgomery of Fossil Ridge June 10 in Alamosa. 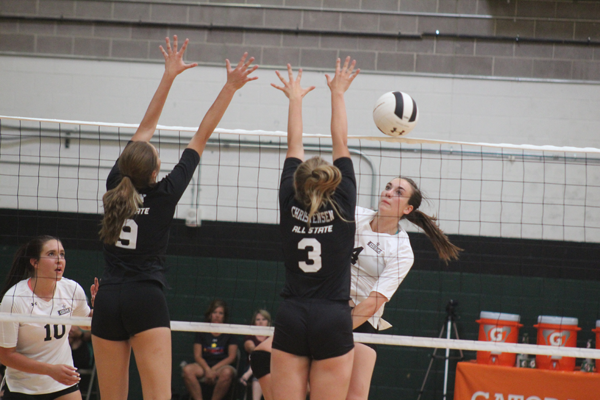 Devin Dallas of Del Norte sneaks this attack around the defense of Akron’s Lindsey Christensen during the girls volleyball finals at the Colorado High School Coaches Association’s all-state games June 10 in Alamosa.