The mini division was wild and crazy with 22 cars entered and buzzing around. Some vehicles were more acrobatic and even left two wheels during the derby. 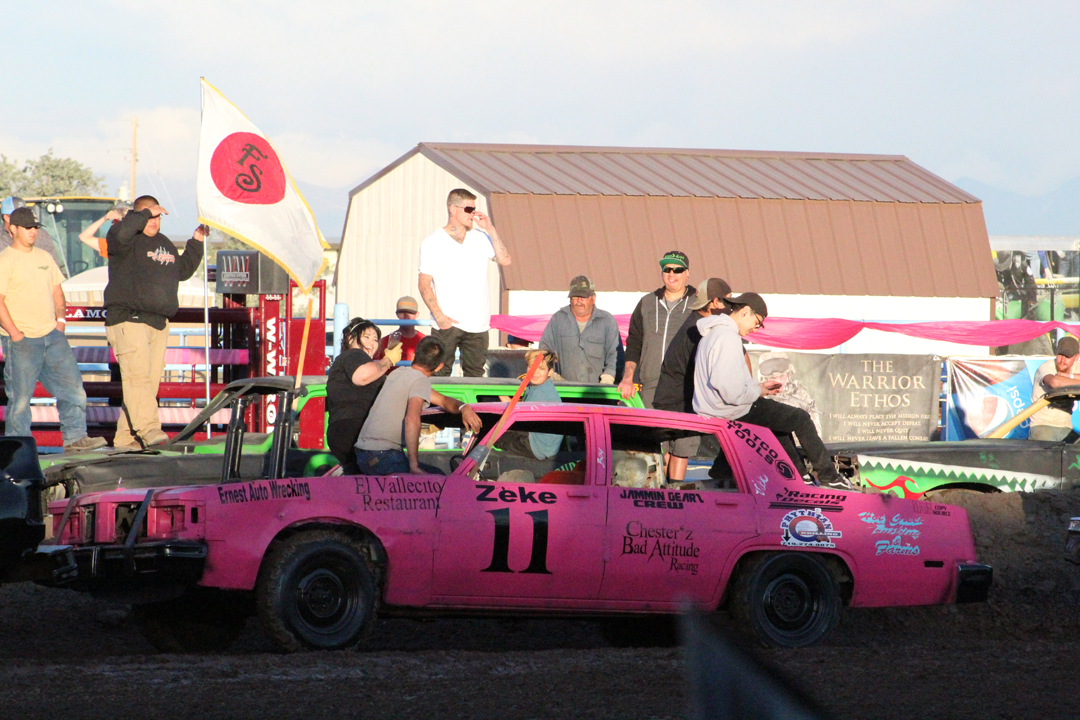 The No. 11 car was voted the best decorated as it was decked out in pink. 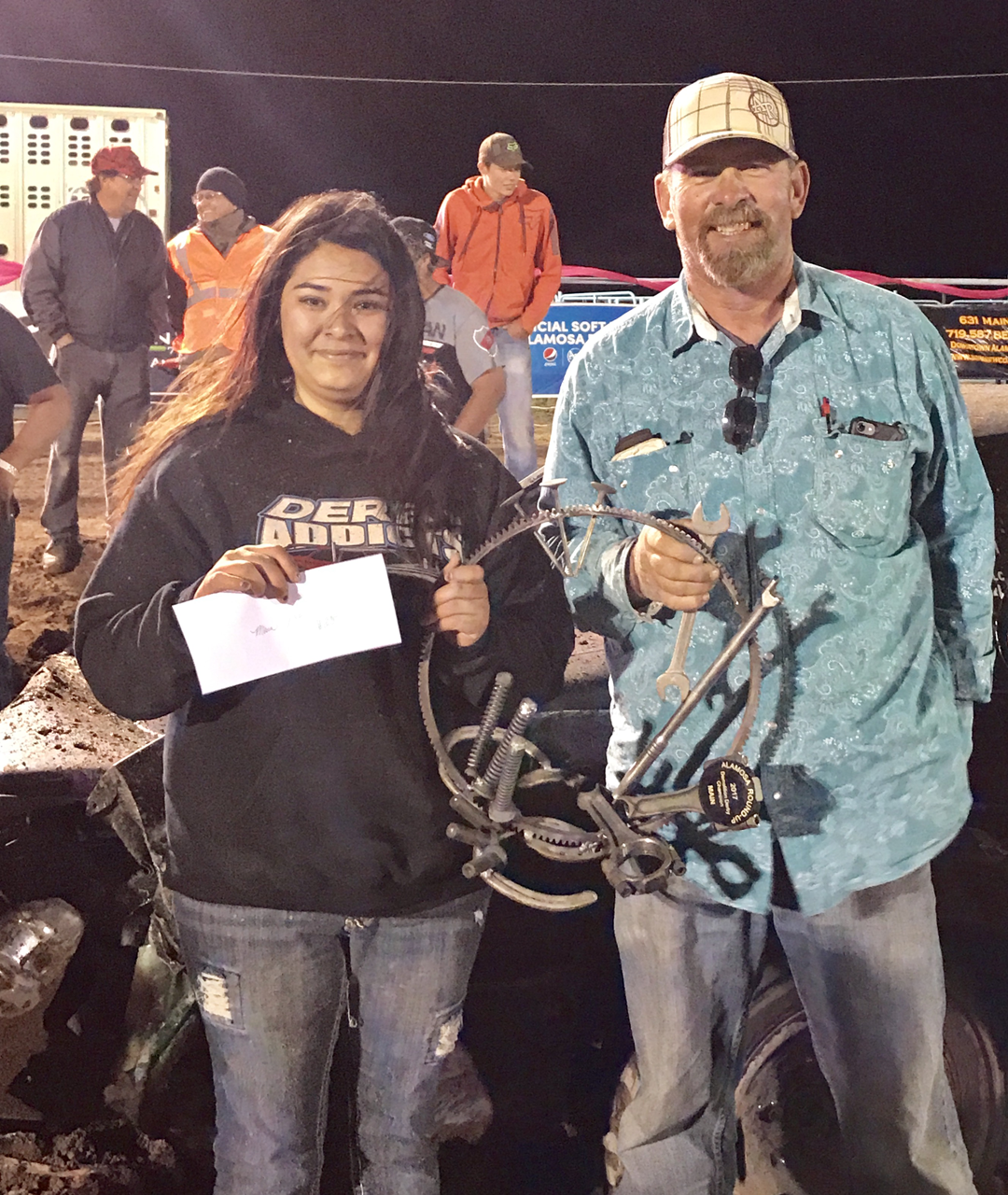 Tekka Chacon poses with Alamosa Round-UP's Jerry Honeycutt after winning the championship of the main event in the Demolition Derby on Saturday night. 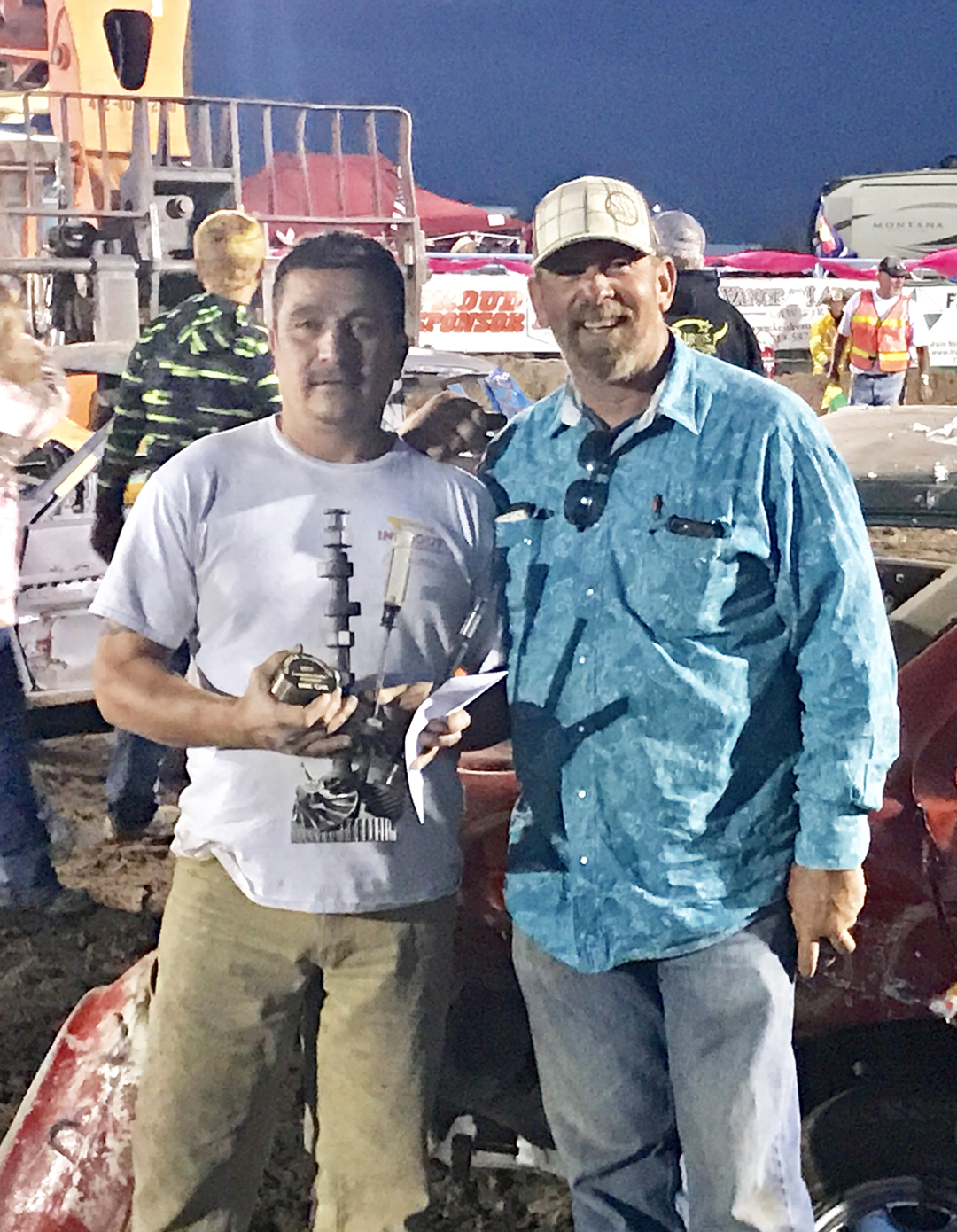 Luis Gallegos is awarded the trophy for winning the mini division title at Saturday's demolition derby. The mini division was one of the most exciting as 22 cars filled the arena, the most entries in the past several years. 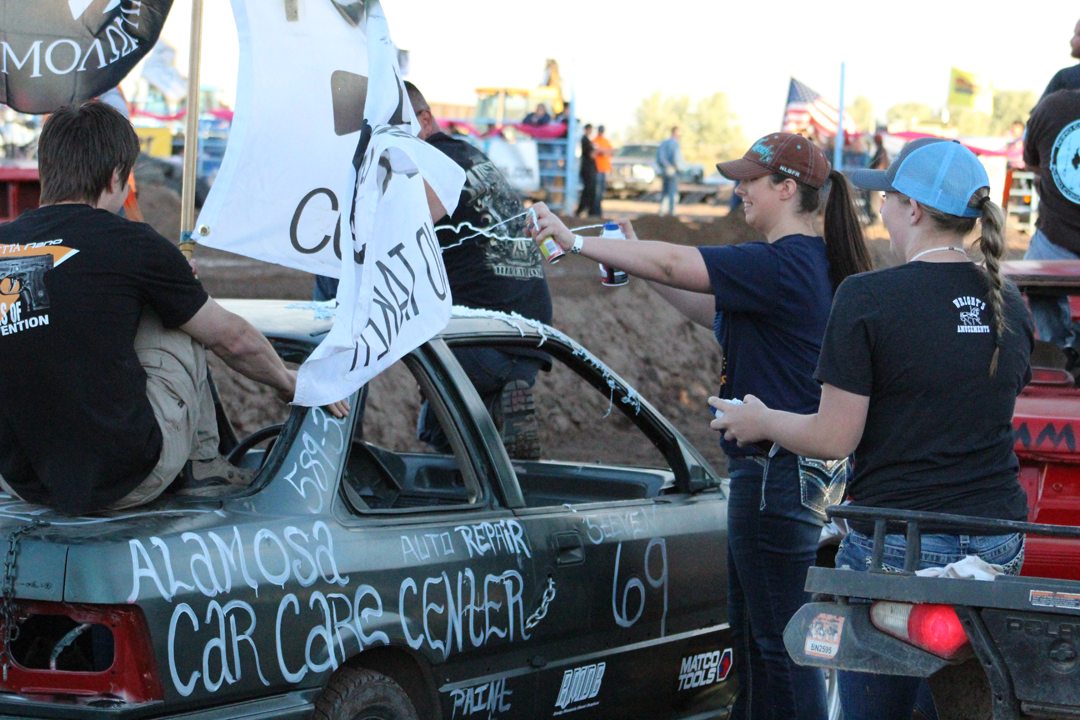 The 69 car was voted as the worst decorated vehicle entered into the Derby and was given a free makeover with shaving cream and silly string. 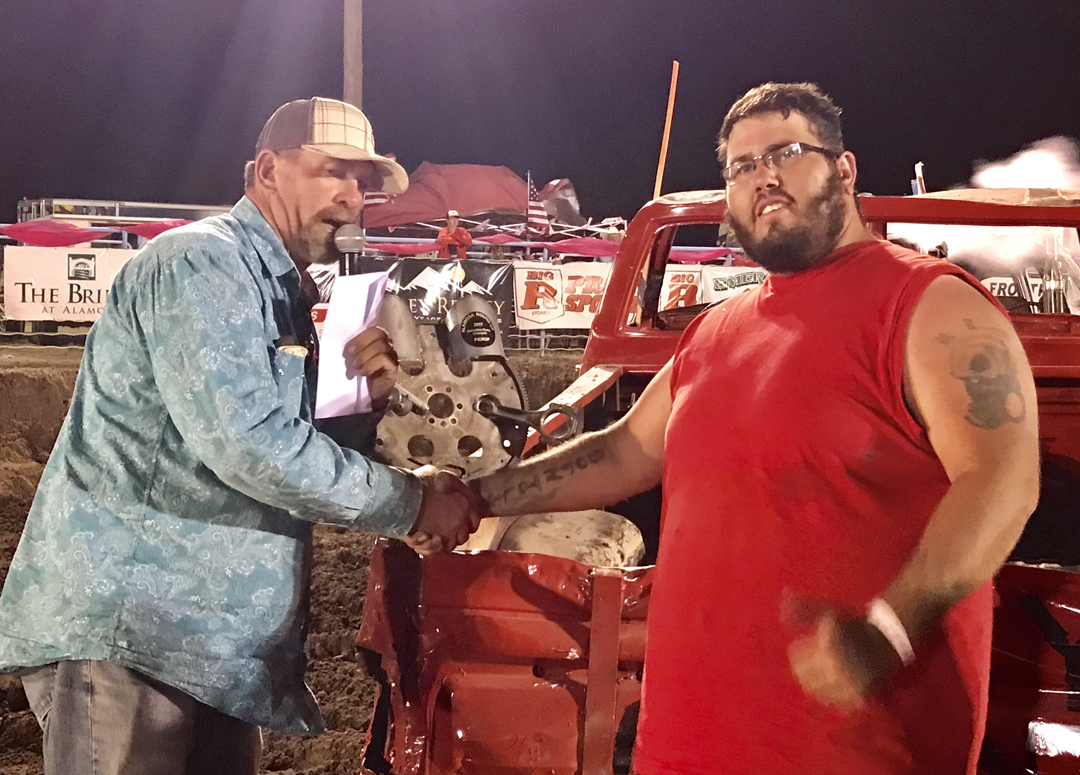 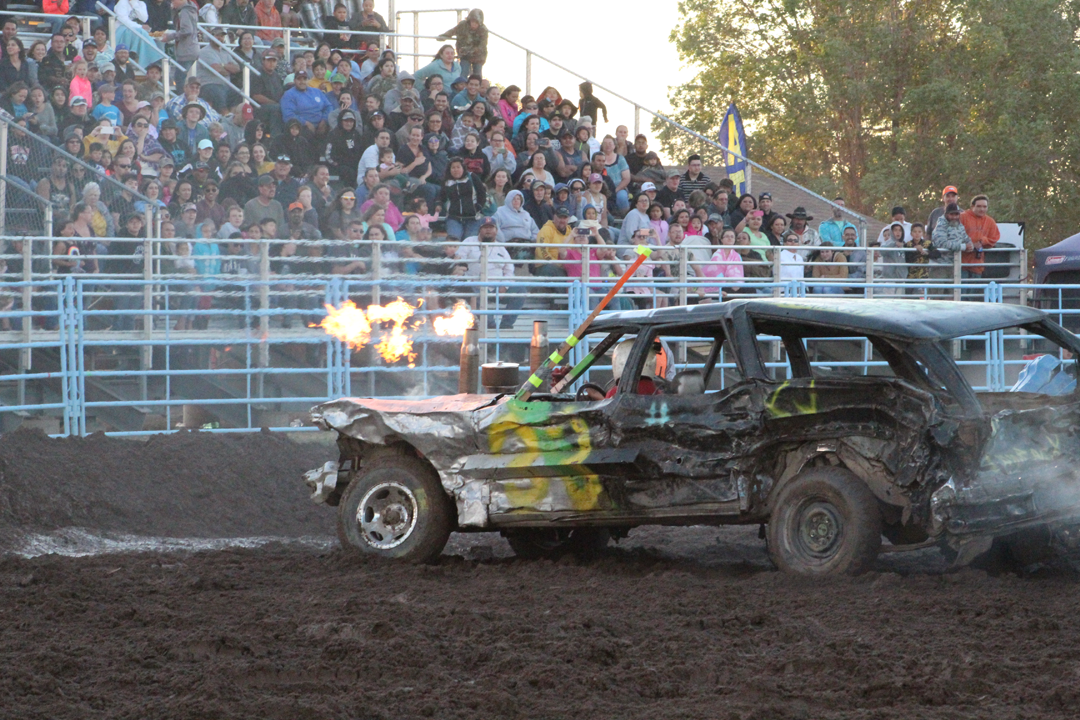 The No. 33 vehicle exhibited a fire show to scare off other competitors in his heat of the Alamosa Round-UP Demolition Derby. 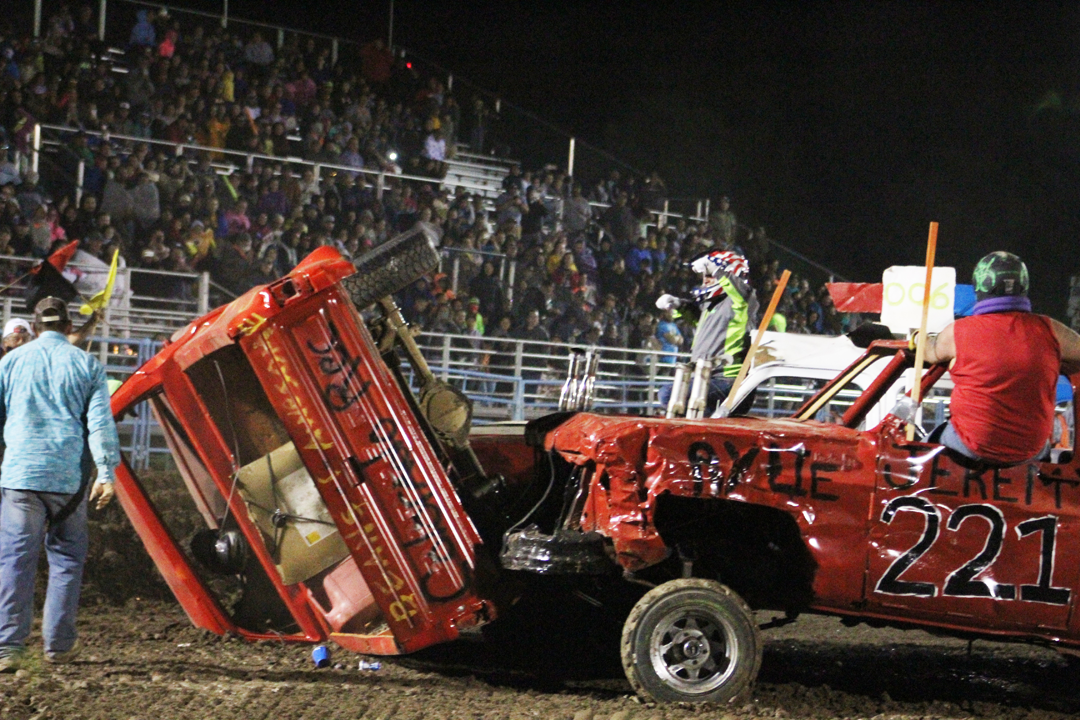 The hard hitting trucks division showed how hard they could hit as they tipped one truck over within the first two minutes of the heat.