Sierra Grande senior Adela Valencia-Lucero pulls into the “dock” on Wednesday after proving she was the fastest participant in the Sierra Grande boat races, held every other year at the Blanca-Fort Garland Community Center next to the school. She and teammate Tomas Agustin created their speedy and “seaworthy” craft. Tying for honors for most creative boats were the team of Raul Minchaca, Arthur Rodriguez and Derek Lucero and the team of Reyna Rodriguez and Vicki Acala. Physics teacher Kim Pooler coordinated the students’ efforts to fashion boats that could withstand the water. The Fort Garland Museum and All-Gon Pizza provided prizes for the event. 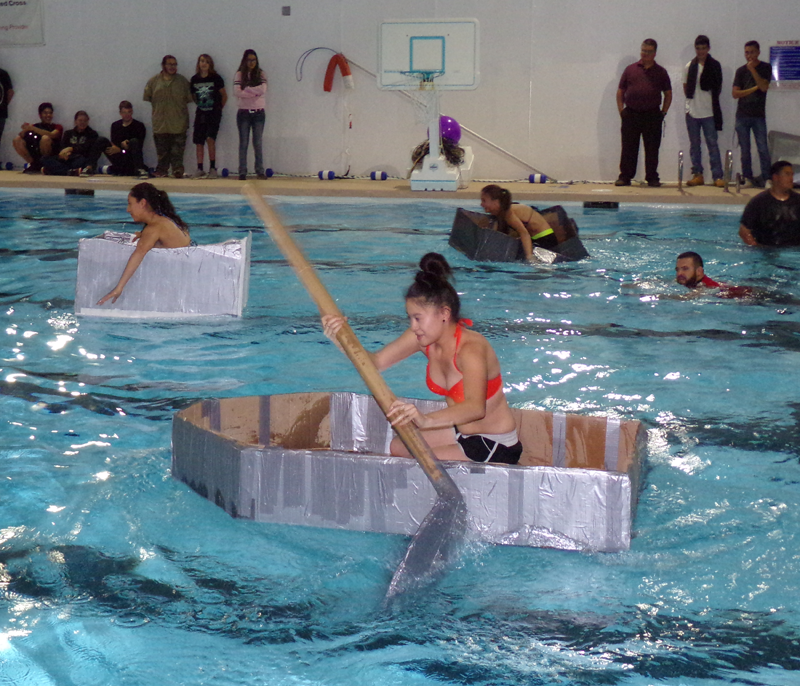 Reyna Rodriguez paddles her way across the Blanca-Fort Garland Community Center pool during Sierra Grande’s boat races. Her boat, which she and teammate Vicki Acala created, was tied for most creative. Participants worked creative paddles like this or just used their arms to navigate the pool. 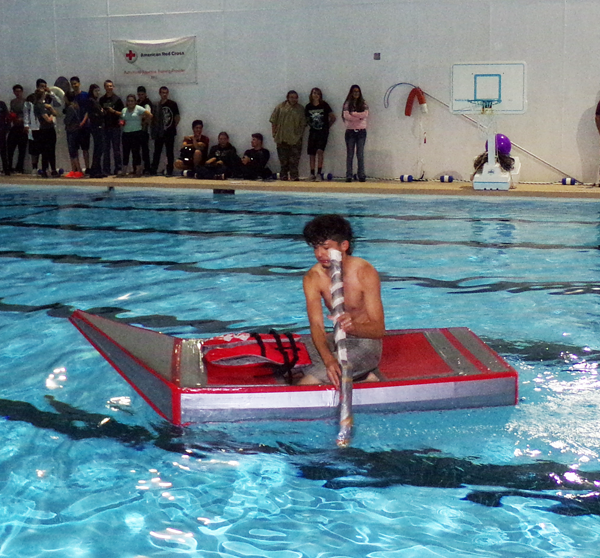 Raul Minchaca steers Wet Red Rocket, which tied as most creative in the Sierra Grande boat races on Wednesday. His teammates were Arthur Rodriguez and Derek Lucero. The boat, fashioned with cardboard and duct tape for a Sierra Grande physics class, made it across the pool and back more than once at the Blanca-Fort Garland Community Center.