VALLEY — The SdCNHA is proud to provide an annual scholarship to students who participated in the District History Fair, part of the National History Day Competition. Eligible student projects must be based on a theme involving local history, culture, or traditions within the Sangre de Cristo National Heritage Area. The SdCNHA is proud to award $4,000 in scholarships this year to 10 local middle and high school students. The event was hosted by the Adams State University Department of History, Anthropology, Philosophy, Political Science, and Spanish (HAPPSS). This year’s theme was “Conflict and Compromise in History.”

“This year’s round of annual district History Day submissions demonstrated the broad array of historical topics that arise from the study of the San Luis Valley’s rich heritage. Participants rose to the occasion with a presentation of several well-researched and thoughtful projects. The Sangre de Cristo National Heritage Area Board of Directors was proud to support this event as an investment in developing the next generation of our region’s heritage stewards,” said Nick Saenz, board president.

William Lipke from St. Peter’s Lutheran School, received $1,000 for his outstanding presentation of Chief Ouray: A Life of Conflict and Compromise. “I chose Chief Ouray to be my topic because he intrigued me. Instead of fighting, Ouray worked for peace even though he was a war chief and fierce fighter in his tribe. He only wanted to help his people save their land.” William wrote a script that showed the conflict and compromise Ouray experienced and presented his play in full costume. His play gave life and history of the Ute tribes, peace treaties, manifest destiny, gold in the San Juans, and the Meeker Massacre. He conducted his research by going to the Alamosa Public Library, reading books, looking at reliable websites and even spoke with a relative of Chief Ouray, Dr. Tiller. “My project relates to the theme because Ouray had many conflicts within his tribe and with the U.S. Government.  However, he fought to find the best compromise to every situation.  He is an example for all of us and for our country today.” Lipke will go on to present at the state competition in Denver.

Eric Lorenz, from Del Norte High School, wrote a paper on The Conflict and the Compromises of the Rio Grande River Compact and was awarded $600. “The Rio Grande River Compact was established in 1938 to make sure that Colorado, New Mexico, and Texas were sharing the Rio Grande’s water fairly. For many years there had been much conflict about who should use the water and also how it should be used. It was made to make sure that one state was not taking more water than it was supposed to.” Water from the Rio Grande is important to sustaining all of these areas because of the arid climates. His paper highlights the continuing dispute between these states over water from 1966-1968 and the current case of “The State of Texas v. the State of New Mexico and the State of Colorado” that has yet to be ruled on by the Supreme Court.”(It should be noted that Colorado is not being sued in this case but their name appears in the title because Colorado is upstream from New Mexico.)

Jazmine Palacios, Luz Garcia, Andrea Rodriquez and Jaqueline Palacios from Alamosa high school each received $400 for their captivating presentation on Chicano Rights: Conflict and Compromise in the San Luis Valley. They covered information on Latino heritage, Spanish settlements in the SLV, discrimination of speaking Spanish, SPMDTU, activism protests, how discrimination in schools is decreasing for the next generations. This project will also go on to present at the state competition in Denver. The students addressed past oppressions to Hispanos and connected them to current issues. They also touched on the various ways in which the Hispano community has addressed these issues over the years. The girls spoke about the Chicano movement, the SPMDTU, ASU’s C.A.S.A., and ASU’s CAMP program.

Anthony Garcia, Angel Rubio-Mix and Cloe White from Sangre de Cristo school district, each received $250 for their wonderful visual exhibit of Billy Adams and the Compromise that Saved ASU. The conflict in this project is the Ku Klux Klan wanted to stop the bill that William Herbert Adams was trying to pass to get funds to build Adams State College. Billy Adams was able to get them to agree to back off and pass this bill and ASC was built in 1921.

Monte Huffaker from Centauri Middle School was also awarded $150 for his exhibit on Cattle in Colorado. Monte’s exhibit illustrated how cattle came to Colorado and the struggle to raise cattle. Monte touches on diseases ranchers had to contend with, as well as the sheep and cattle wars.

Tori Martinez, executive director of the Sangre de Cristo National Heritage Area, stated, “We are so proud of all the students who chose to focus their projects on local history. Their work encourages others to do the same for next year’s history fair. They did a great job of educating locals on the importance of learning about their own culture, and the history of where they live.”

For more information about Scholarships and Grants visit the website at www.sdcnha.org 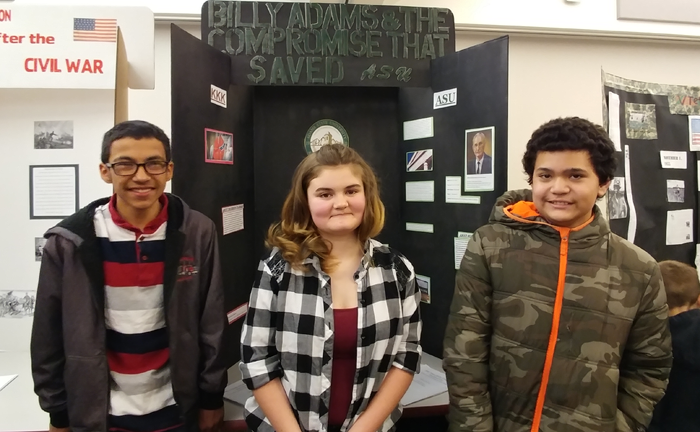 (Not picture in order) Anthony Garcia, Angel Rubio-Mix and Cloe White from Sangre de Cristo school district received $250 for their visual exhibit of “Billy Adams and the Compromise that Saved ASU.” 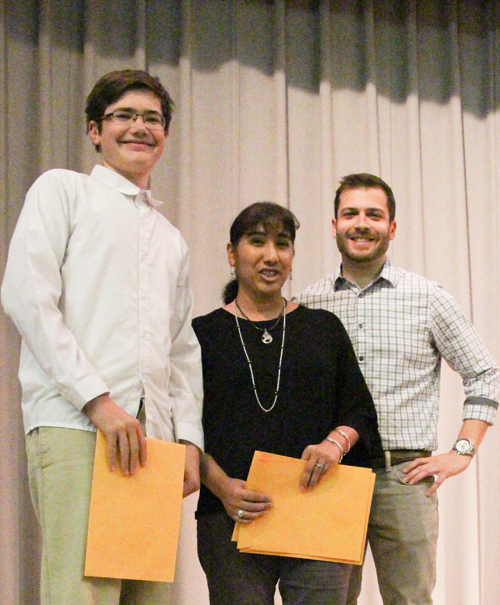 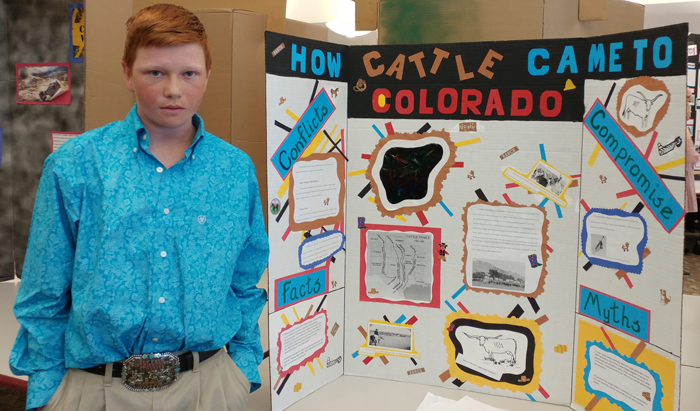 Monte Huffaker from Centauri Middle School was awarded $150 for his exhibit on “How Cattle Came to Colorado.” 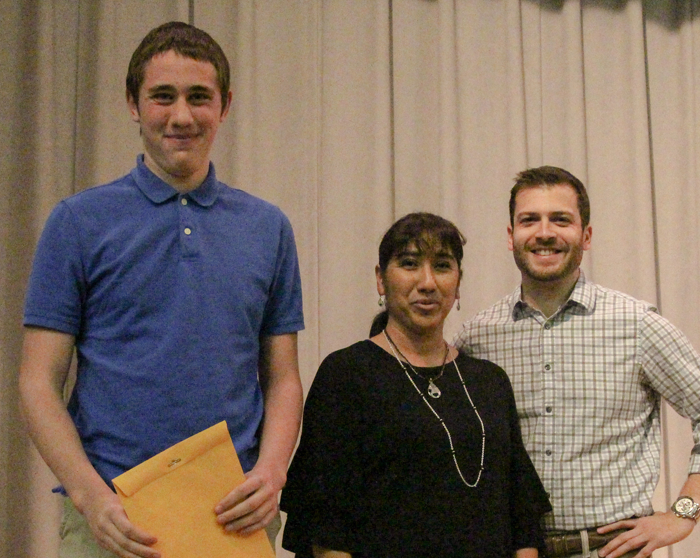