The Farmers retain the 7-mile trophy for another year thanks in part to a 4-touchdown effort from Trevor Milne.

Trevor Milne (2) cuts off a block from teammate Jacob Lowder (68) in the Border War against Sangre de Cristo. Milne better than doubled his touchdown total for the season going from 3 to 7.

MOSCA—Sargent picked up a road win on Saturday to boost their league standings to 2-0 while also taking the rivalry trophy back to the west side of Sevenmile.
The rain came down all throughout the first half and was blown out by a chilling wind in the second half.  Wet conditions altered both teams’ game plans as it made any kind of passing near impossible. 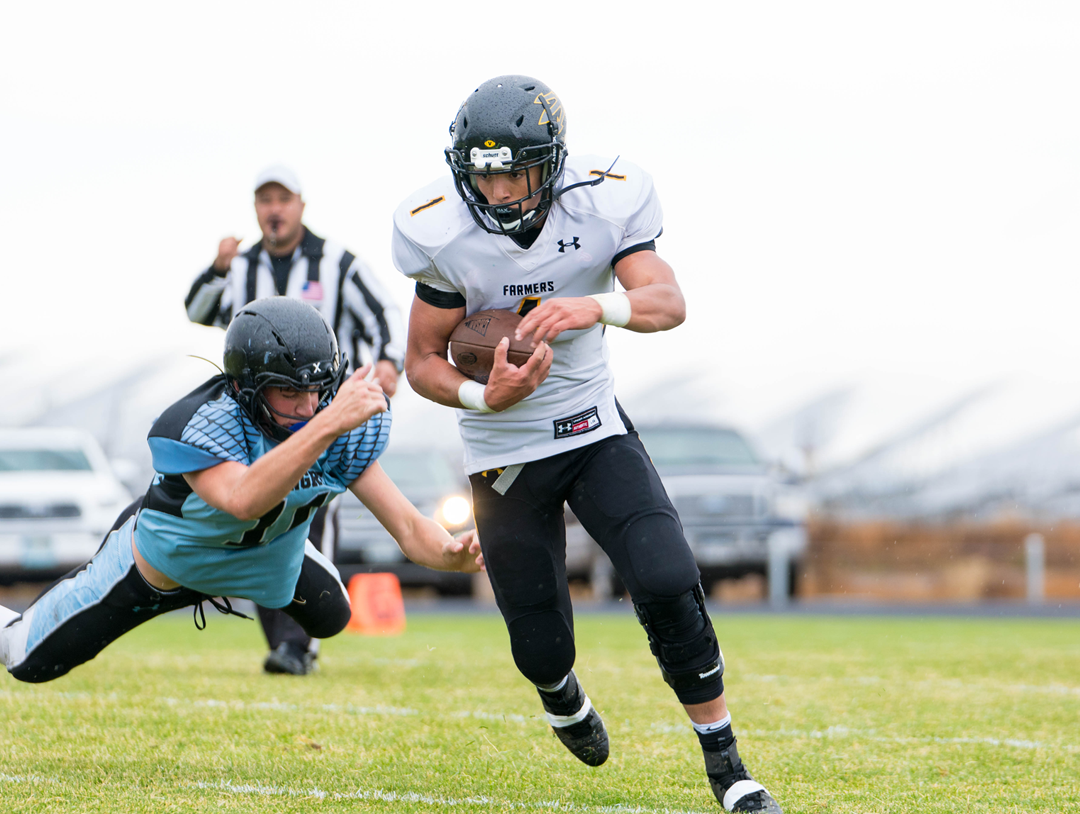 Frank Torrez (1) slips a tacker to get the Farmers out of the shadow of their own endzone in Saturday's win over Sangre de Cristo.

And a run heavy offense meant a healthy dose of Sargent’s Trevor Milne. On the first possession of the game the Farmers set the tone. In a six-play drive senior Milne got 62 yards and a touchdown off his three attempts, putting Sargent up 8-0.  After forcing a three and out it was Milne again this time striking from 2 yards out.

The ensuing possession Sangre de Cristo went 20 yards before Milne stepped in front of a pass to give the Farmers another possession. 4 plays later Sargent gave it right back when Jake Slane recovered a fumble for the Thunderbirds. 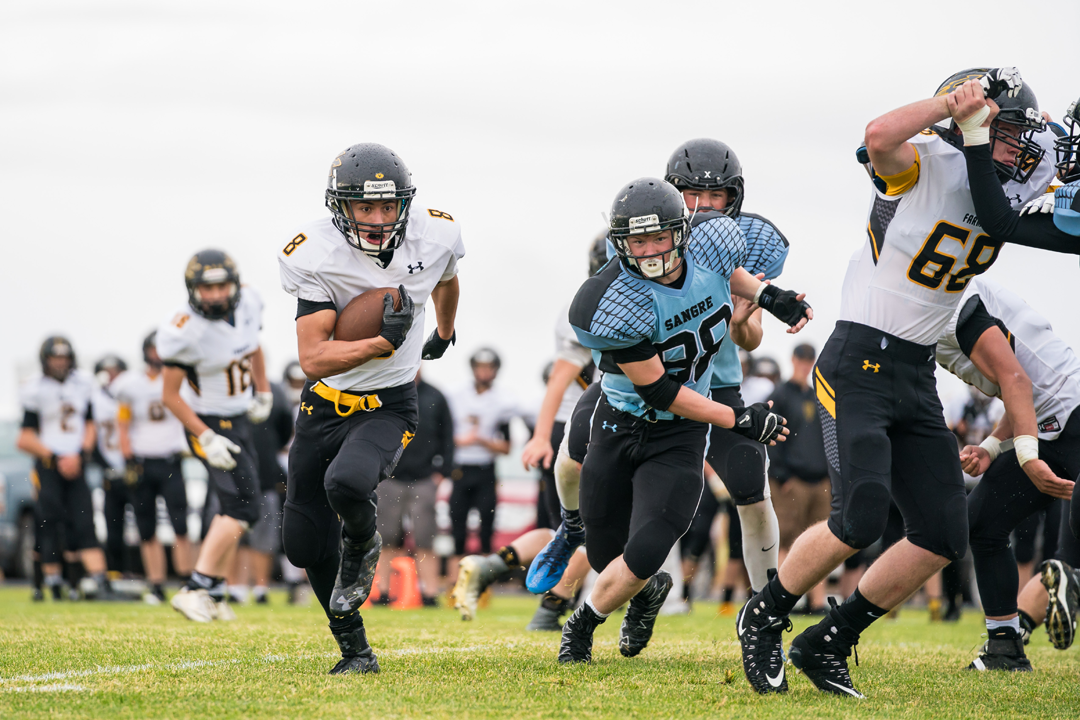 After getting the next possession on downs senior Ryan Davis hooked up with junior Eddie Gonzalez from 10 yards out 17 seconds into the second quarter making it a 3 score game.
Sargent continued to run away with the game when Ryan Davis fell on a fumble that Milne would use to make it a 30-0 game with a 53-yard dash. After starting their next possession in the red zone the Farmers ended it with a 1-yard dive to Eddie Gonzalez to go up by 36.
The Farmers enacted a running clock after they took the final possession of the first half 37 yards on two plays to push their lead to 43. The second half breezed by without stoppages but the Farmers still found the time to add 15 more points with two touchdowns and a safety. In the one sided game the Farmers scored 8 touchdowns, Trevor Milne ran for 4 of them boosting his year total to 7.

Things don’t get any easier for Sangre as their next two games are at formerly fourth ranked Norwood Oct. 13, 6 p.m. Then on the road against Del Norte Oct. 20, who posted 25 unanswered points against the Thunderbirds in late August. Sargent ends this road trip with a game against the 2-3 Dove Creek Bulldogs Oct. 6 p.m.