ALAMOSA— Tuesday night Alamosa volleyball (6-5) took down Monte Vista (2-11) in 3 sets for a league victory and some momentum heading into this weekend's tournament.

Alamosa went into Tuesday’s game fresh off a victory over Pagosa Springs. The game brought Alamosa up and Pagosa down to .500 in league play. Monte Vista entered Tuesday looking for their first league win.

It was a special night for the Alamosa girls as it was senior night. Before things got underway Alamosa took the time to recognize their seniors and honored the girls who were playing at home for the final time.

Alamosa took all that excitement and channeled it into their play. The Moose jumped out to early leads in all three matches and finished with the same enthusiasm ending each set with double-digit deficits to take the game three sets to none.

Senior Lanaya Cleghorn was Monte Vista’s most effective attacker killing on 50 percent of her attempts going a team leading 3 for 6. Cleghorn was also very effective in front of the net tying for the team lead in blocks with fellow senior Lesli Lopez. Both Cleghorn and Lopez registered six blocks. 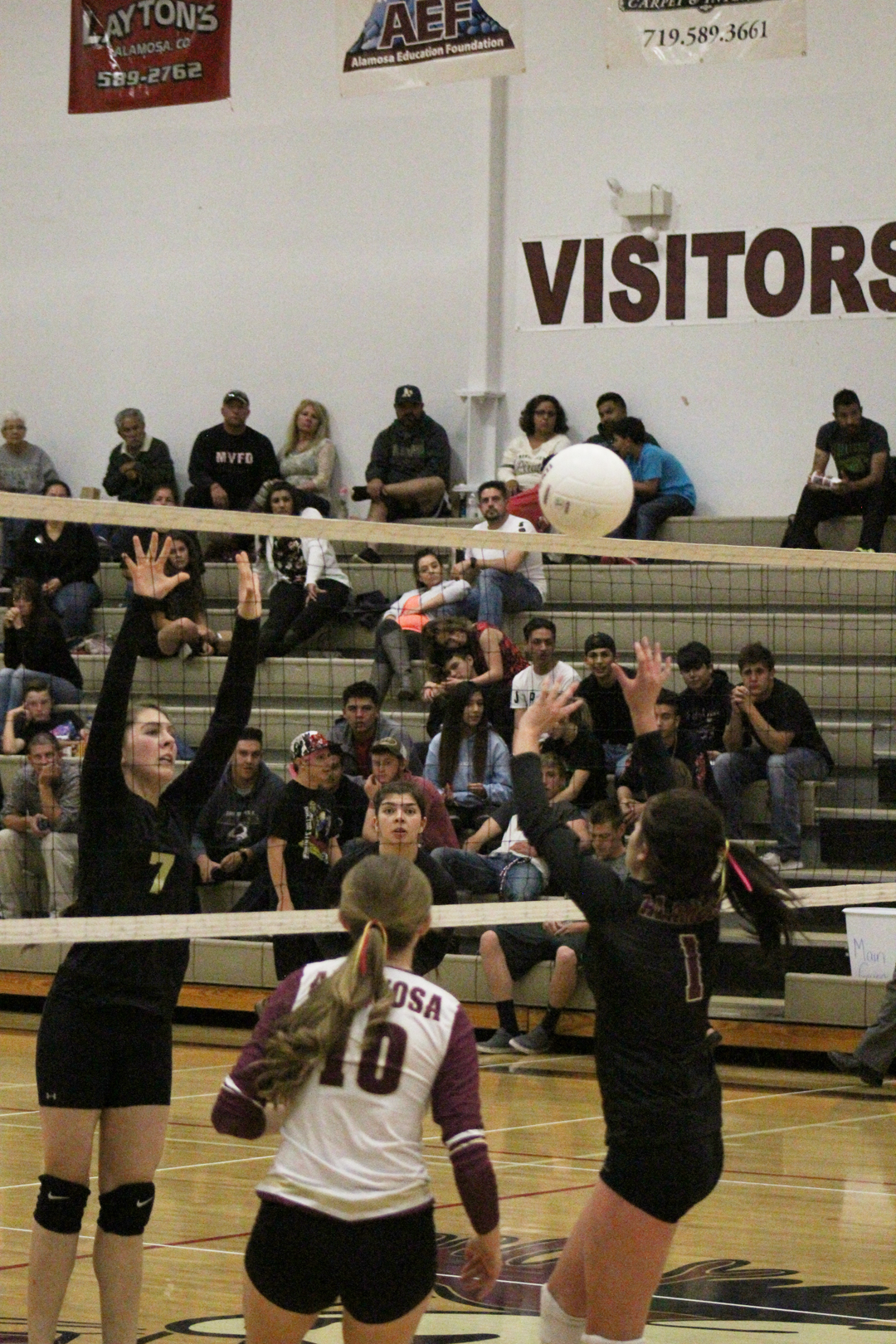 Alamosa's Lexi Ortega (1) scores on a little dump off a feint by Talor Motz (10) as Alyssa Rawinski (7) tries to get into position on Alamosa's senior night.

For the Moose, senior Lexi Ortega had the most success from the service line adding 5 aces to a team total 16 off her 14 attempts Ortega also registered a team leading 16 digs. Freshman Terese Chavez followed Ortega with 3 aces.
On offense junior Emma Gilmore lead Alamosa with 7 kills, which she did at a 50 percent clip. She was followed closely by teammates Emily Depriest and Sylvie Caton who had 6 kills each.

Alamosa heads north this weekend to Edwards, CO where they’ll take part in the Queens of the Mountain tournament at Battle Mountain High School with the action starting at 8 a.m.

Monte Vista wraps up their road trip next Friday with a game against the 9-4 John Mall Panthers at 1 p.m.