DENVER/CENTER — Celebrating her 81st birthday on Christmas, Mary Duran is a miracle.

Suffering a ruptured brain aneurysm in August, she probably should not be alive today — much less playing the piano.

But the mother, grandmother and (great) great grandmother from Center is still making music, just like she did at the Center Assembly of God Church where she served as pianist for many years.

“I do it for His glory, to glorify Him and Him only. He’s the One that allowed me to live,” Mary said. “If He allows me to live, it’s for a reason, I believe … to live for Him and praise Him … This is my ministry, and I can still play.”

Mary has progressed from being bedridden to using a wheelchair, a cane, and now sometimes walking without a cane. Although currently residing with her daughters out of the San Luis Valley, she hopes to return to her beloved Center in the future.

“That’s where my heart is, where my people are,” Mary would tell her daughter Cathy Dooley with whom she lived during her recovery in the metro area.

Cathy said, “We are trying to make that happen.”

On August 6 Mary was flown out Flight for Life from the Rio Grande Hospital in Del Norte to St. Anthony’s Hospital in Lakewood where doctors performed an endovascular “coiling” procedure the following morning, Cathy recalled. With a ruptured brain aneurysm-subarachnoid hemorrhage, the chance of Mary surviving was about 50 percent, with a high probability of permanent neurological deficit if she did survive. 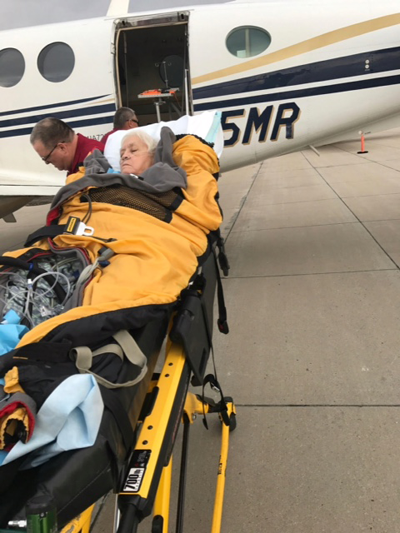 Mary Duran is flown out in August after suffering a brain aneurysm.

Mary spent several weeks in the neuroscience intensive care unit followed by intensive physical and occupational therapy in a rehabilitation facility in Littleton where Cathy lives.

She then went to live with Cathy to continue therapy and rehabilitation. “It was a privilege to have her,” Cathy said.

“Mom used to play the piano for a small church in Center,” Cathy said. “She played by ear … I would sit with her in church.”

Hoping to bring back the music, Cathy brought an electric piano into the rehab area, and little by little Mary would start to play again. A few weeks ago Cathy called a church in Littleton and asked if her mother could practice on the church’s baby grand piano. The church graciously warmed up the room for Mary, and she began playing.

“We have so much to be grateful for,” Cathy said. She recalled that so many others who went through the same experience as her mother never made it out of the hospital or rehab, but she is so grateful her mother has recovered to the extent she has. 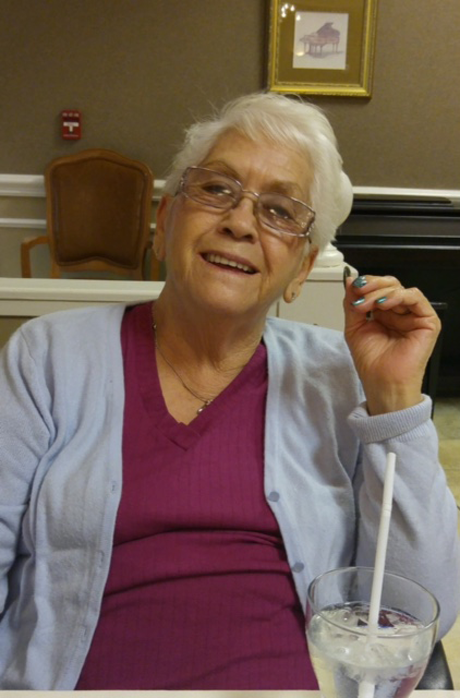 Mary Duran of Center is a living miracle.

It was her strong family support and faith that brought Mary through her ordeal.

She added, “We are so grateful for what the Lord gave us back. She has made great progress and is on her way to recovery.”

Mary’s miraculous story of recovery and her testimony may be viewed on the YouTube.