ALAMOSA — Dave Medina, 71, owes his life to the Alamosa police officers who responded and acted quickly when he suffered medical problems earlier this year.

“You are my heroes,” Medina said during a May 17th presentation of Lifesaving Awards to the officers responsible.

“I hope I live another 10 years,” Medina added.

Alamosa Police Captain Sam Maestas related that on January 21 at 4:48 a.m. Corporal Jamie Coulson and Officer William Squires responded to the report of a man lying on the floor face down not breathing at 408 Eighth Street. Due to their immediate CPR efforts, Medina began breathing again. 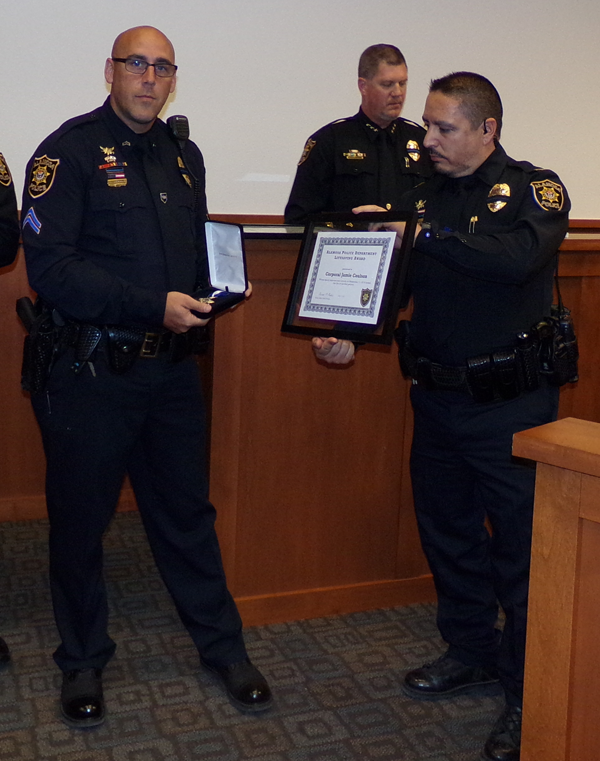 “You just saved an old man from going to his resting place,” Medina told them during the awards ceremony on Wednesday during the Alamosa city council meeting. 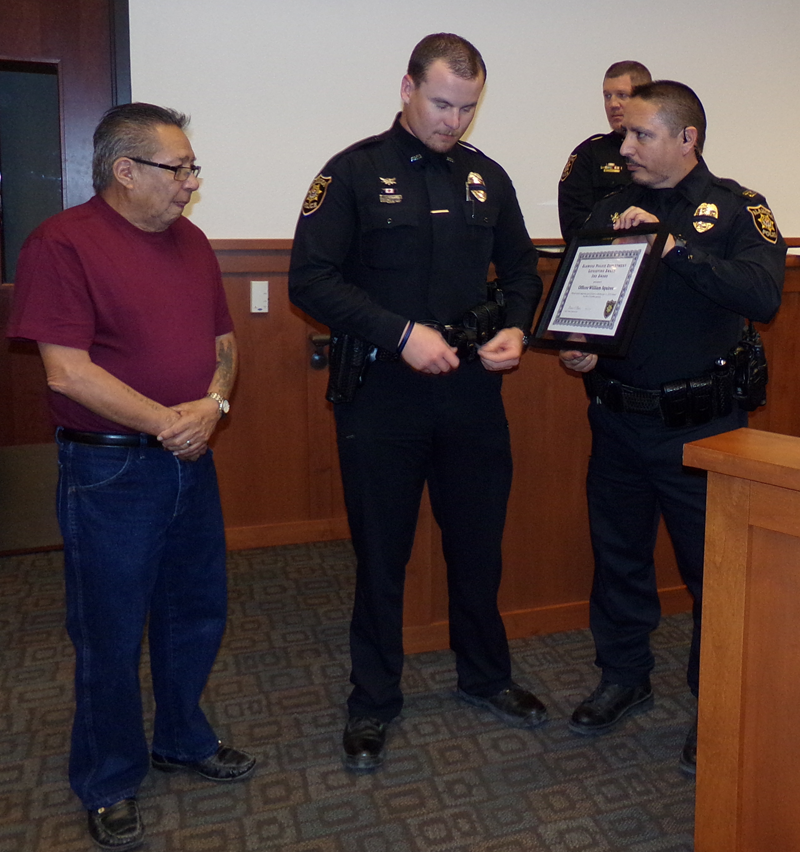 This was Squires’ third lifesaving award and Coulson’s second. Both men, in addition to Officer Ronnie Hadley, were awarded lifesaving awards for another incident dating to late last year in the mobile home park at 1700 State. The male victim in that instance did not have a pulse when officers arrived, and they immediately began CPR, which they continued all the way to the hospital.

This was the second lifesaving award for Hadley. 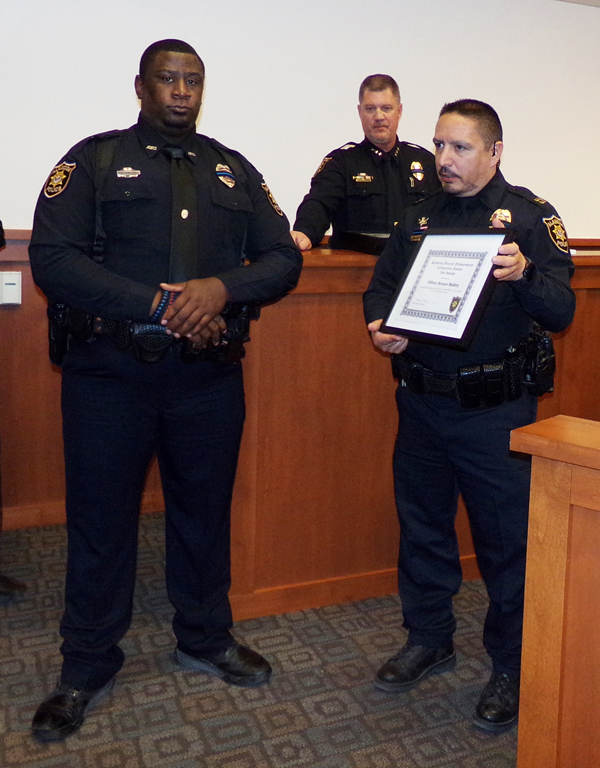 The Alamosa city council praised the officers for their efforts, and the audience gave them a standing ovation.

“Thank you for all you do and for proving that all lives matter,” said Councilman Ty Coleman.

Councilor Kristina Daniel thanked the officers for their professionalism and commitment.

“You are a role model to your families and community members,” she said.

“When I see you out there, I am very proud of all of you,” added Councilor Liz Thomas Hensley.

“Alamosa is a better place because of you,” said Alamosa Mayor Josef Lucero.