By: Mike Blakeman - Updated: 4 years ago

Blue-grey ridged slopes curved 1,600 feet upward, increasing in steepness the higher they went, ending with a golden, vertical sandstone cap. From my perspective, the geologic sculpture looked like an accordion lampshade.

Late afternoon sun lit up the ridges that cast long shadows into the deep folds. The contrast of light and shadow created lines sweeping upward while the eroding Mancos shale provided an appealing texture. The photographic possibilities were endless.

I started with a wide angle shot, emphasizing the cracked clay soils in the foreground leading to the distant butte poking up from raw, undulating desert plain. This expansive view also captured the high clouds streaking across the blue sky.

Then I zoomed in filling most of the frame with the butte. These first two shots were nice, but they scratched the surface of photographic possibilities. I switched to my telephoto zoom lens….

It was the first week of April and I was photographing Factory Butte located west of the tiny Utah town of Hanksville. Hanksville isn’t on most people’s radar as places to visit in Utah, but it is well worth it. The small community sits west of Canyonlands National Park, south of the San Rafael Swell (managed by the Bureau of Land Management), east of Capitol Reef National Park and north of the majestic Henry Mountains.

I had driven through this area a few times on my way to other places and always told myself that I had to come back for a photography trip. This was the year. There really isn’t a lot of appealing dispersed camping spots right next to Hanksville, so I drove a half hour north and set up my tent in the rugged San Rafael Swell.

The Mancos shale formation, which is deep in the ground in many places, is exposed in the Hanksville area. This sedimentary layer is composed of compressed silt and clay that easily weathers into incredible geologic features. The eroded shale is covered by very little plant life and is almost impossible to travel on when wet. Luckily, the big storm that dumped more than a foot at my house while I was gone, passed over as thick clouds with little precipitation.

After spending at least ten minutes scanning sections of the butte with the lens zoomed out all the way, I finally settled on the first composition to photograph. I focused and then pushed the “live view” button, which displayed the scene on the LCD screen on the back of camera. It is difficult to get the focus exact when using a long telephoto lens, but there is a little trick that helps a lot. I pressed another button on the camera that magnified a small piece of display allowing for super precise focusing.

Unfortunately, I could tell in the magnified view that the camera was shaking in the breeze, which would create a blurry picture. I hung my water bottle from the tripod to help steady it, but it wasn’t quite doing the trick. So I waited… and waited… and then there was a short pause in the breeze and… click. 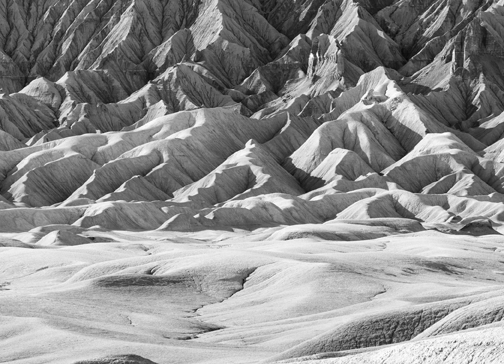 I repeated this process as many times as I could over the next 45 minutes as the sun continued its downward descent. I was only able to take about a half dozen shots during the lulls in the breeze before the sun disappeared below the horizon, but I couldn’t imagine a better way to spend the late afternoon.

Mike Blakeman is the public affairs officer for the Rio Grande National Forest. He spends much of his free time scrambling around the mountains with a camera in his hand.