LA JARA — “The only taste I have is that Valley taste” is the new slogan coined by three fourth-graders, Jarious Montoya, Adam Jacques and Kit White at their school’s first Farm to School event. Amber Martinez is choosing to bring local foods into the lunchroom at La Jara Elementary in La Jara. Martinez, food service director for North Conejos Schools, explained that she values local foods and the flavors they can bring to a meal.

After dialing in a carrot quinoa muffin recipe over several days, Martinez and two other cafeteria staff members, Sherry Martinez and Tiffany Atencio, baked 186 muffins for the entire school to sample on Thursday, February 22nd. Recipes for the muffin were also given to every student to take home.

Martinez sourced both the quinoa and the carrots for the muffin recipe from San Luis Valley farmers via the Valley Roots Food Hub: the quinoa from White Mountain Farms in Mosca and the carrots from Southern Colorado Farms in Center. One of the major benefits of Farm to School work, and of purchasing locally sourced foods more generally, is the benefit it has for the local economy. 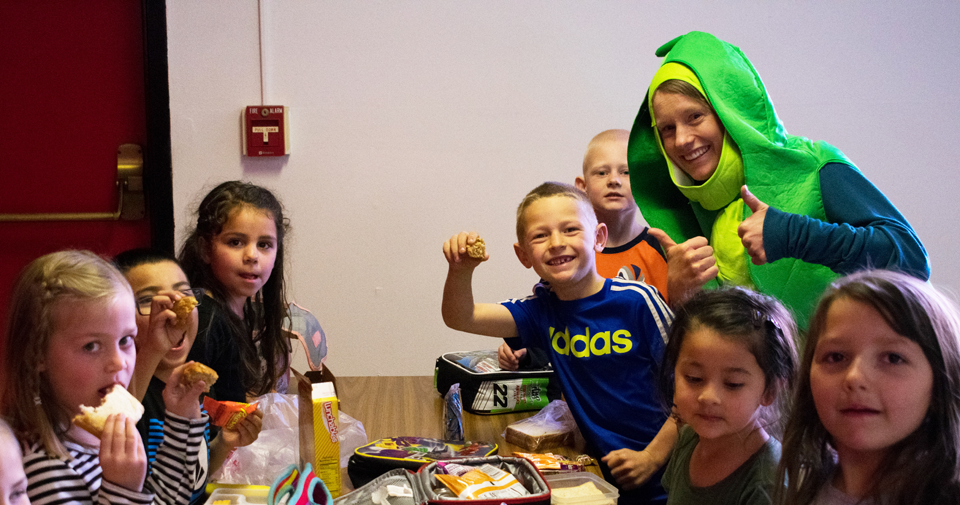 The USDA characterizes the impact of Farm to School as ‘Kids win,’ ‘Farmers win,’ and ‘Communities win.’ Some of these positive effects include enhanced overall academic achievement and nutrition, a lucrative financial opportunity for farmers, job creation and job maintenance in the community, heightened student engagement and learning around agriculture and healthy eating, and increased parent and community involvement in schools.

The Thursday event served to highlight Martinez’ work to introduce local foods and get students excited about trying new flavors. The atmosphere was upbeat and inquisitive as elementary students filed into the lunchroom and were given the extra treat before sitting down.

Student Tibby Cornum had this to say about the muffins: “A thousand thumbs up and two stars.” When asked why she liked them, Cornum said “I could see inside and it tasted really good. It tasted like my memories.” 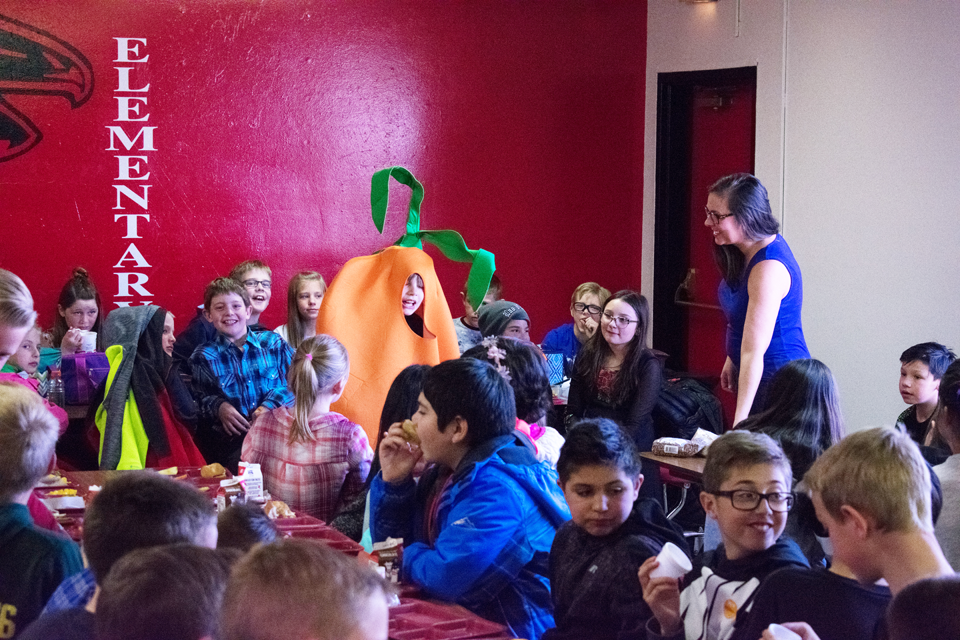 Keenan Waldroup poses in a carrot costume in front of his peers at the Harvest of the Month event.

Another student, Maddox Moore and his family previously lived in Mosca and grew quinoa for White Mountain Farms. Moore said he was used to having quinoa at dinner and mentioned that his favorite meal was a hamburger with quinoa on the side. 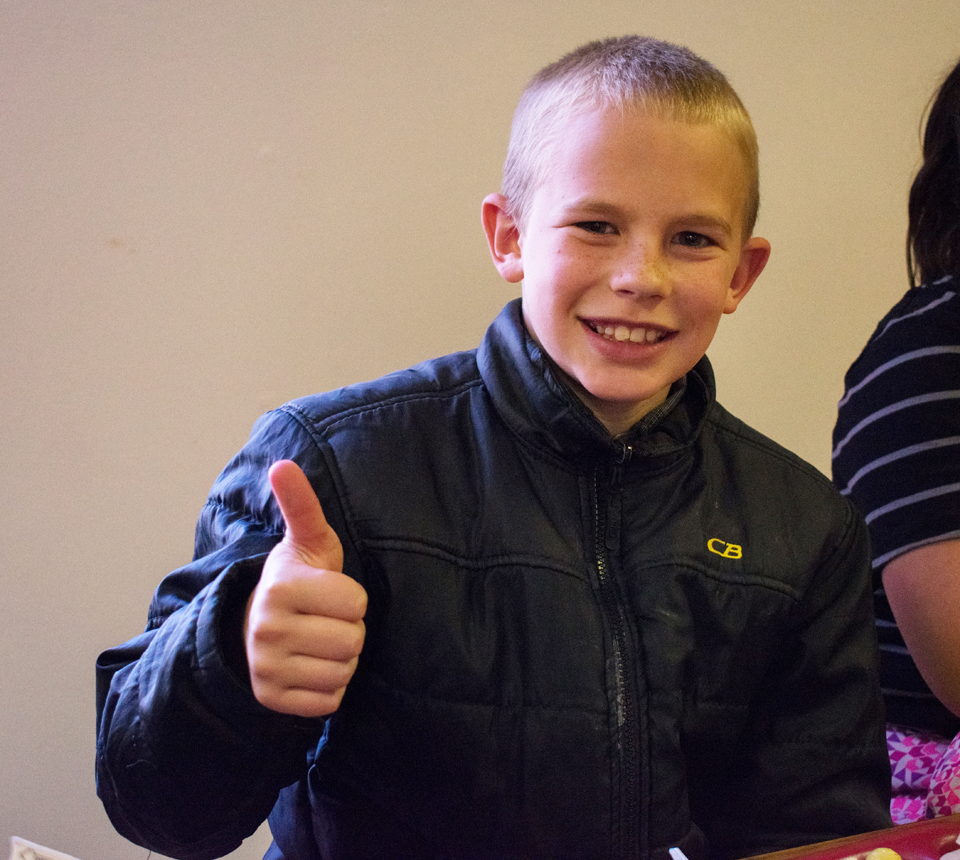 Maddox Moore and his family used to grow quinoa for White Mountain Farm.

Above caption: Drake Gallardo, Yovani Recinos, and Kendrick Martin reach into a bucket of uncooked quinoa before trying it on the lunch line at La Jara Elementary during a Farm to School event featuring locally grown foods. The students enjoyed carrot quinoa muffins made with local ingredients.

Taste of Creede Festival May 28-30

Grazing workshop for both farmers and ranchers