ALAMOSA — The hemp industry continues to grow, but a few snags remain.  Experts from across the state gave an update on the current condition of the crop at Adams State University’s second annual SLV Hemp Symposium at the Student Union Building on Nov. 10.

ASU President Beverlee J. McClure, pictured above, opened the symposium with a few remarks about the San Luis Valley being an early adopter of the plant.

“This is an emerging industry,” McClure said. “I know that we really are driving this car while we build it. I know sometimes it seems like there are more questions than there are answers, but I’m still excited and energized... We have the opportunity to lead this industry. This isn’t about the Valley playing catch up. This is about us being ahead.”

The first panel focused on both federal and state efforts to aide the industry with that forward momentum. Because industrial hemp production wasn’t possible in Colorado until passage of Amendment 64 in 2012, many laws are lagging behind. It wasn’t until the 2014 Farm Bill that the rest of the country could begin growing the plant so the state is acting as a sort of pilot for the rest of the country.

Federal and state laws define marijuana as cannabis plants with more that .3 percent tetrahydrocannabinol (THC), the psychoactive component. But if it has less than .3 percent then it is classified as hemp. This means it’s safe to ingest freely and the consumer won’t get high. However, controlling that .3 percent can be unpredictable.

Locally, that problem is closer to being solved with certified seed. The Colorado Department of Agriculture can test seed and prove that it will remain below the .3 percent THC level. Once certified, it is up to the private businesses to sell the product. Currently there are seven varieties approved in the state.

Earlier this year ASU partnered with CDA, International Hemp Solutions and Bija Hemp to develop viable hemp seed and is now one of those certified varieties.

ASU received 30 metric tons of industrial hemp seed from the Ukraine—enough to plant up to 3,000 acres. This shipment marks the largest intercontinental import of viable hemp seed in over 80 years.

Each species, or cultivar, is used for a specific purpose. One may have seeds that taste good for food while others may have the fiber quality to make clothing. The seeds can also produce cannabidiol oil (CBD) for medicinal purposes without including THC’s psychoactive effect. According to Tim Gordon of IHS and Bija Hemp, their seed is a mixed use varietal for grain, seed and nonwoven textile use. Gordon plans to submit a seed for CBD use next season.

Additionally, since hemp is classified as a schedule I controlled substance, no matter the THC level, it’s difficult to secure a loan or fund research if the money comes from a federal bank or program like the U.S. Department of Agriculture. That may change due to the Industrial Hemp Farming Act, which was introduced by Kentucky Representative James Comer in July. If passed, that would remove the controlled substance classification.

“What we’re hearing in recent weeks and months is that is has gained some traction,” said Bob Hoban of Hoban Law Group. “There’s a very good chance this passes. I’d say it’s a 65-70 percent chance that it could pass right now.” 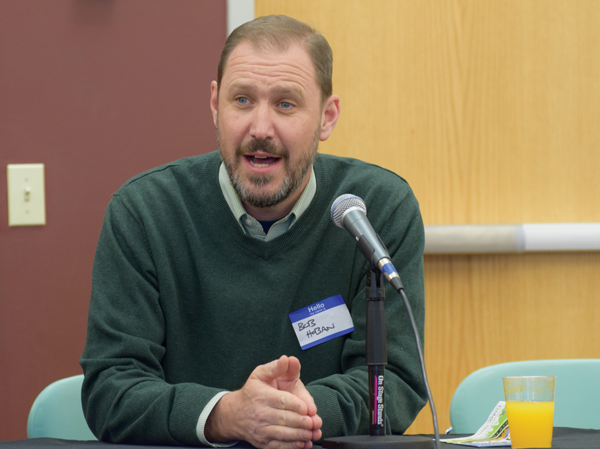 Bob Hoban of Hoban Law Group talks about the state of the hemp laws at Adams State University’s second annual SLV Hemp Symposium at the Student Union Building on Nov. 10. The recently introduced Industrial Hemp Farming Act could remove the plant from the controlled substance classification.

In the meantime State House District 62 Representative Donald Valdez’s Senate Bill 117, allowing for hemp farmers to use water rights, passed last session but it is still an issue on the federal level. This July U.S. Senators Michael Bennet, Cory Gardner, Steve Daines, Jon Tester, Ron Wyden and Jeff Merkley introduced bipartisan legislation to ensure farmers across the West can use the water they own through private water rights to grow industrial hemp in states where it is legal.

While it’s now easier to grow than ever, harvesting remains an issue. Two San Luis Valley Companies have stepped in to fill the void. At a panel in the afternoon Monte Robertson of San Luis Valley Hemp Company said that he hopes to be processing seed by the end of the year. Alan Parsons with Power Zone Equipment in Center has been fabricating the specialized machinery to do so.

“Hemp is a son of a gun of crop,” Parsons said. “The fiber is wonderful because it’s strong. But there’s not a lot of farming equipment out there that’s set up to handle that kind of fiber.

“There are nuances to harvesting seed for grain. A lot of the technologies out there will beat the crud out of that little seed. It doesn’t survive a combine like wheat does.”

Parsons urges growers to not jump into the industry thinking they can do it all. One plant may be good for fiber goods yet not produce quality CBD and vice versa. Because Colorado is on the vanguard there is a lack of markets. “They say there are 25,000 uses for this here plant,” said Parson. “There are not that many that are yet economically justifiable. Find your niche.” 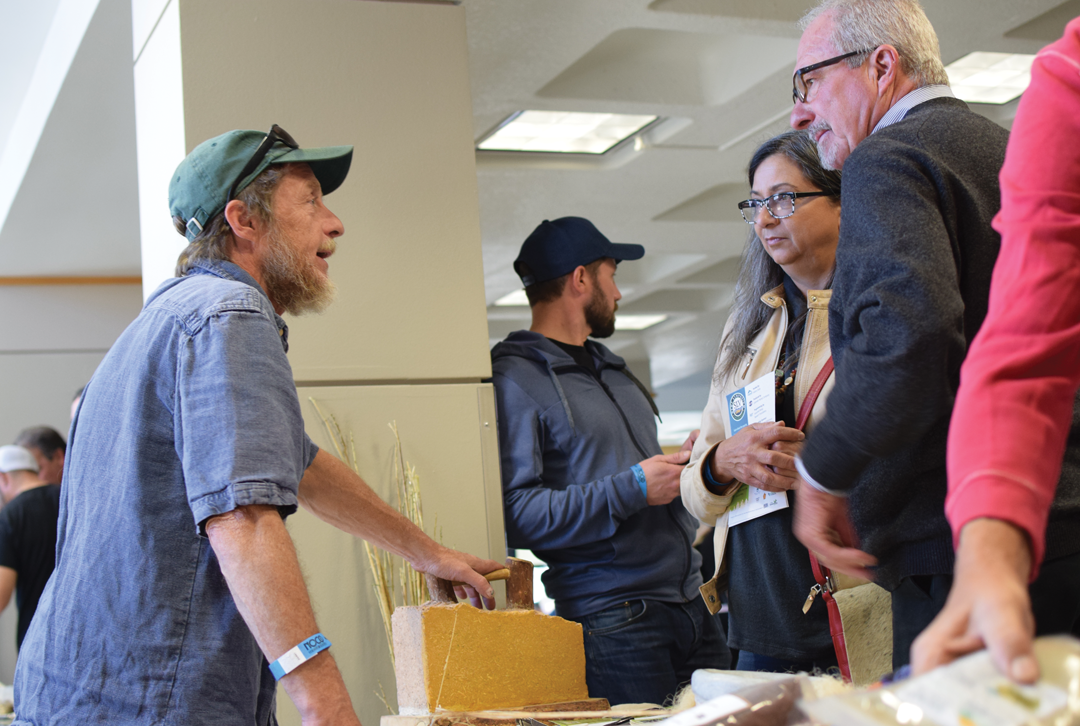 Additionally, marketing the product is still a challenge given its association with marijuana. Citing the recent defeat of marijuana legislation in the Valley, marketer Kristelle Siarza of Siarza Social Digital said the entire community needs to embrace the industry for it to work.

“I hope that your residents and the communities around you support hemp as well,” Siarza said. “They become the brand advocates for this industry. If they’re not on board with hemp, this area will have difficulties touting themselves as a hemp leader in the community.”

McClure agreed and closed the symposium with a call to action. “We have to be adaptive. The next step is for us all to work together and let’s make hemp a commodity, not an oddity.”