By: By LUKE LYONS, Courier Editor - Updated: 1 week ago 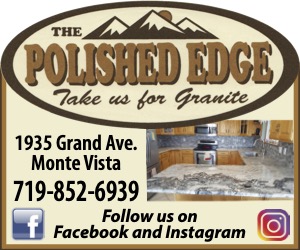 According to the Order Approving Stipulation to Discipline Under CRPC 242.19(c), Payne has been ordered to wind up his affairs, give notice to current clients, duties owed in litigation matters and give notice to jurisdictions where he is licensed or otherwise was authorized to practice law.

He must also file an affidavit with the court attending to his compliance with the order and pay $225 in administrative costs.

Payne resigned as district attorney in July after Colorado’s attorney general announced an enforceable agreement between his office and Payne. This followed an investigation that found a pattern of Victim Rights Act Violations. A recall effort also was underway had Payne not resigned.

Kelly, a Republican, will run against former District Attorney Bob Willett, who is running in the Nov. 8 election as a Democrat.

For more, check back at alamosanews.com and in future print editions of the Valley Courier.

Luke Lyons is the editor of the Valley Courier. He can be reached via email at [email protected]

South side residents make their voice heard in neighborhood meeting