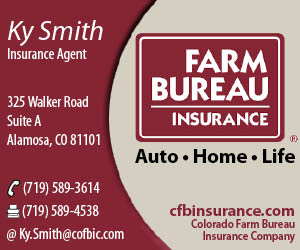 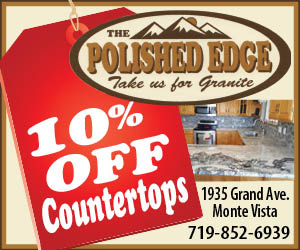 Guerrero-Murphy is a former professor of English at Adams State University and Guerrero, a former local mental health professional and photographer.

When reached by the Courier, their daughter Sophia Mayott-Guerrero, who grew up in Alamosa, said her parents had about twenty minutes to gather a few belongings and their cherished cat, Mr. Little Bear. By the time her parents left their home, the fire had set one of their rose bushes ablaze.

In the aftermath of the fire that burned their home and all of the nearby homes, the Guerrero’s searched the ashes of their former residence hopeful of finding any mementos. The only item remaining was an Inuit carved bear figurine made of soapstone and even that was disfigured from the intense heat of the inferno.

According to Mayott-Guerrero, her father David is a noted photographer who extensively documented the hippie and Chicano movements through his lenses, and those images are lost forever.

A GoFundMe account has been set up for the couple that includes this, “Our parents, Carol D. Guerrero-Murphy and David Diaz Guerrero, lost their home and a lifetime of memories, possessions, and work in the Marshall Fire that destroyed their neighborhood in Boulder County on December 30. They fled their home just before the flames took it, escaping with only some clothes, and their lovely kitty cat, Mr. Little Bear.”

As pictured, their home and entire block in old Superior, Colorado was burned down to the foundations.
“They are both artists, and much of their original work was lost. Carol writes poetry and David is a photographer. David’s work, decades of photographic slides, negatives and prints, was not digitized, and is lost, along with his past few years of digital photography. His photographic equipment was also all destroyed.

“Much of Carol's digital poetry, and all her notebooks, journals, and drafts were lost. Alongside the multi-generational family heirlooms, photo albums, art, library, and their basic belongings, this is a huge loss for the family.”

Mayott-Guerreo who works as an environmentalist, described the conflagration as a “climate disaster,” adding, “this is not lost on any of us, this was not a forest fire, this was a hot grass fire.”

For those wishing to help the Guerrero’s, a GoFundMe page has been set up and contributions can be made by visiting: https://www.gofundme.com/f/guerreromurphy-marshall-fire-recovery?qid=babeb3281ba4e6a6b436bb6b08c04f7d