ALAMOSA — Tonight the public is invited for a performance of "Aladdin Jr." at Ortega Middle School. The musical is an adaptation of the classic 1992 animated Disney film about a thief and a princess falling in love.

"Performing a children's show was important to our program, not only to share live theater with children, but also as it draws students to our program," said OMS Spanish teacher and director of the show Adriana Chapa. "Many of our members can name which Theatre O production motivated them to join Theatre O when they arrived at Ortega Middle School." 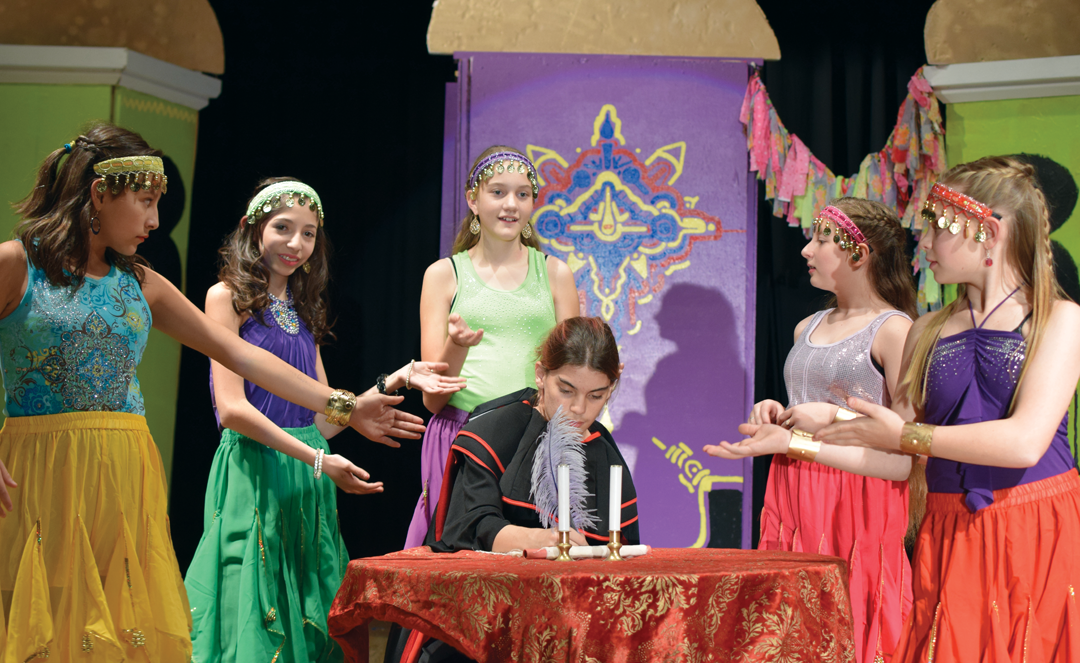 Jafar, played by Anthony Gallegos, writes at his table surrounded by a group of dancers.

This is the eighth year of the program and 52 students worked together to bring the musical to life. In May, they'll do it all again for their spring production.

"Theatre O gives students a creative outlet," Chapa said. "It also gives them a group to belong to while building life skills." 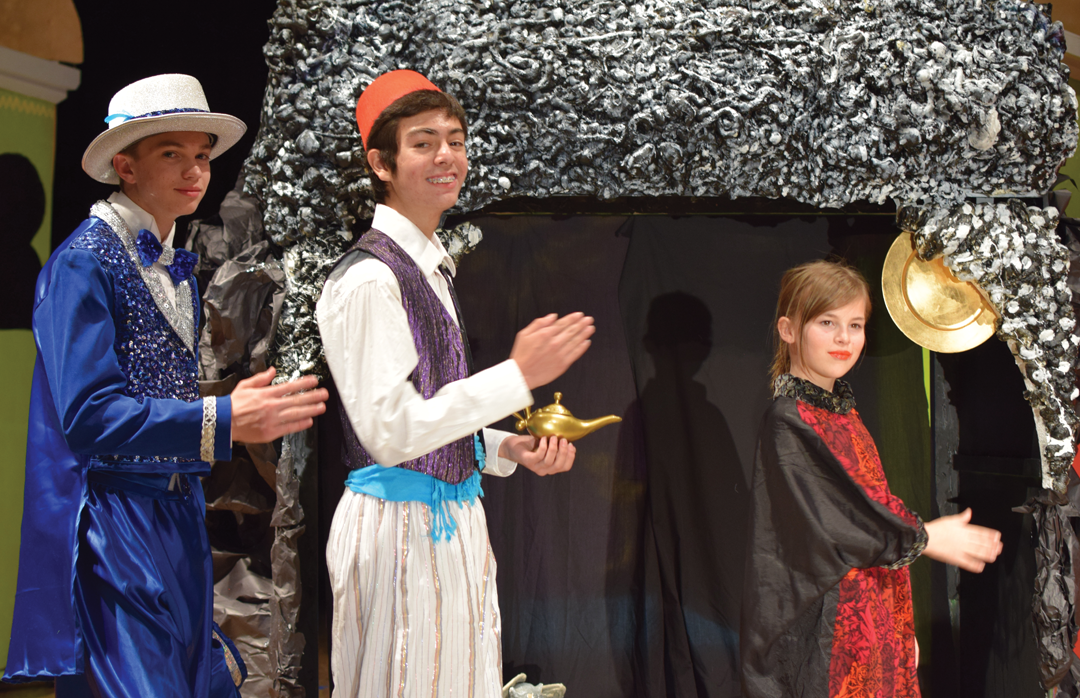 Ben Jackson, Derek Rodriguez and MaKayla Gagnon rub the magic lamp. The three play the Genie, Aladdin and the magic carpet in "Aladdin Jr." at OMS.

"Aladdin Jr." premieres tonight at 7:00 at OMS. Tickets can be purchased at the door and they are $3 for students and $5 for adults. There will also be a performance tomorrow night at the same time.