ALAMOSA — Although pending well rules and the downward trend of San Luis Valley water resources are no laughing matters, farmer Nathan Coombs brought levity to the courtroom on Tuesday when he admitted to Water Judge Pattie Swift “I’m as nervous as a prostitute in church.”

The two farmers shared their knowledge of irrigation practices and water trends. They were joined on the witness stand by Vandiver, most recently retired as general manager for the Rio Grande Water Conservation District; the man who currently fills Vandiver’s former position as the Division Engineer for Colorado Division of Water Resources Division 3, Craig Cotten, who concluded his testimony; and hydrogeologist and expert witness Eric Harmon.

Judge Swift has scheduled the water trial for up to four weeks if necessary to hear testimony regarding proposed well regulations. The rules are designed to remedy injuries well users have caused senior surface rights and help bring the Valley’s aquifers back into a more sustainable state.

Vandiver, Coombs, Cotten and Crowder all testified to seeing declines in water resources over the years.

Vandiver referred to a comment from the late water leader Ray Wright who said, “If you can ride your snowmobile from Saguache to Mogote Peak you are going to have a great year,” but added that is not true this year. When asked about low snow, Vandiver said, “If you look out the window to the west, you will see there isn’t any. Many years we haven’t had that low snow.” 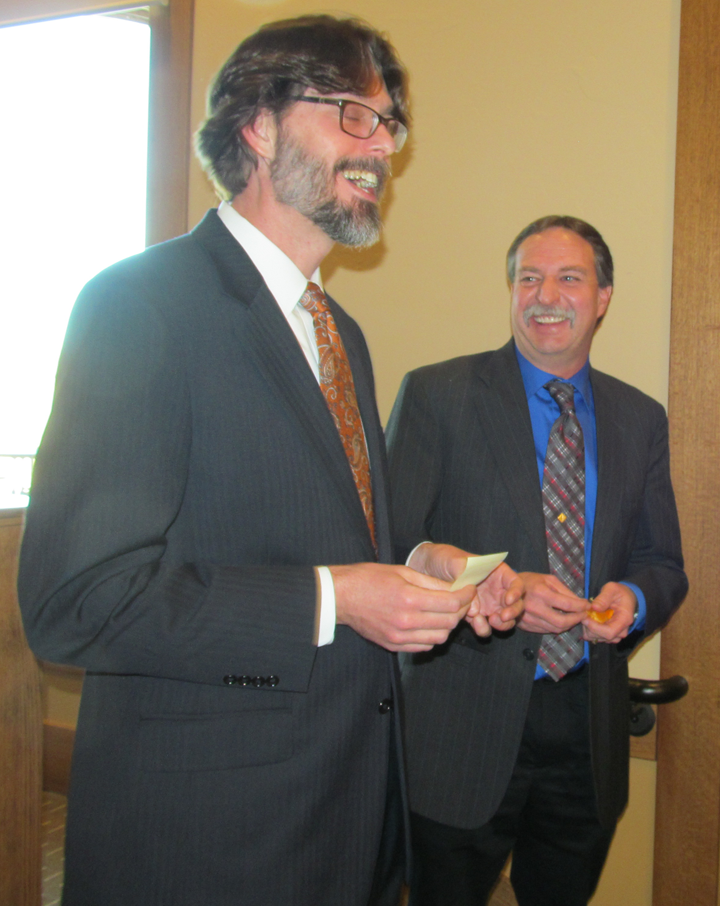 Division Engineer for Colorado Division of Water Resources Division 3, Craig Cotten, right, was the first witness in the water trial. At left is Senior Assistant Attorney General Chad Wallace who is leading the case for the state.

He added, “In my experience it’s getting drier and drier.”

Coombs is the manager of the Conejos Water Conservancy District but was on the stand as a farmer.

Coombs recalled farming in the La Jara area where he grew up and the Manassa area where he now lives and farms. He described the water rights on his home farm growing up, for example surface rights with the Morgan Ditch, which only provided water until mid June, and groundwater, which the family used only after the surface water was no longer available.

He recalled the hard work of flood irrigating and how his father, who taught school in Center, had an arrangement with his son’s principal at the junior high in Capulin to allow him to drive home when it was his turn to change the water.

Coombs also described his current farming operation northwest of Manassa and his surface water rights in the Manassa Land and Irrigation Company, which although it has a #1 priority never provides sufficient water for the entire irrigation season. He also relies on a confined aquifer well and reservoir water from Platoro. 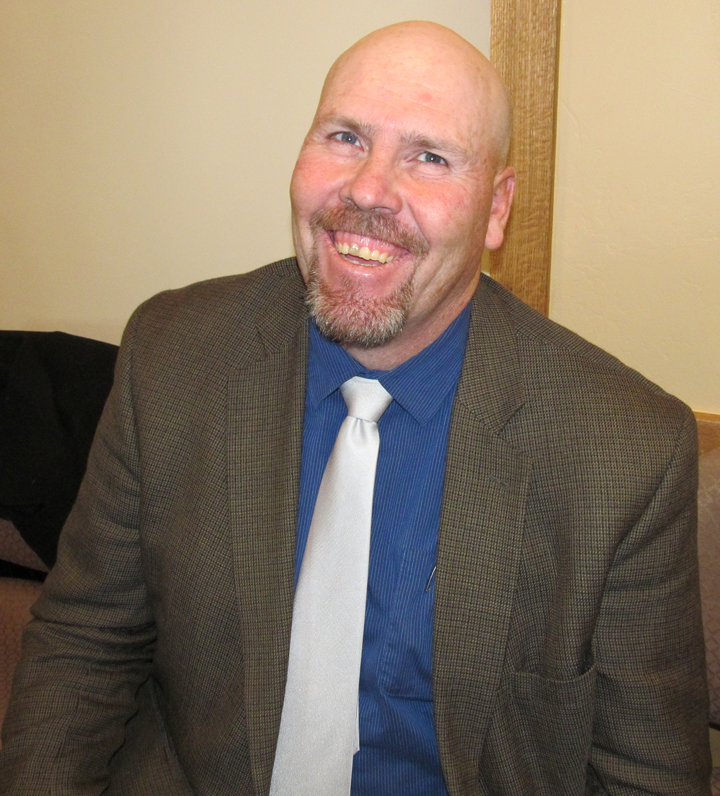 Coombs also testified to the decline in irrigated acres in that area. “There’s multiple fields that are no longer irrigated,” he said.

Born and raised in the Valley, Crowder farms southwest of Alamosa in the Waverly area. He said his grandfather moved to the San Luis Valley in 1938 for an 80-acre government allotment. “They had a house, barn, chicken shed and a privy,” he said.

His grandfather worked as a bread deliveryman while farming, and his father taught school and hauled hay while farming. Crowder began working on the farm early.

“I started driving tractor for him when I was 5 years old,” he said.

He also recalled the grueling work of flood irrigating on uneven ground. Since that time, the family has leveled the ground through the assistance of a government program and gone to sprinkler irrigation, which he said was more efficient and produced better crops because the water was distributed more evenly.

Crowder said his main source of water is the Rio Grande through the Commonwealth irrigation system. He has served as the president of the Commonwealth Irrigation Company since 2002 and been on the board since 1996.

He spoke about the groundwater management sub-districts for which the Rio Grande Water Conservation District is the sponsor.

“I think it’s something that needs to be done,” he said. He added that the irrigators in Sub-district #1 have been paying their fees for six years. “I think it’s only fair that the rest of us pay our share.”

Vandiver testified about his work with the Rio Grande Water Conservation District, from which he retired in 2016, as well as his long-time service with the Colorado Division of Water Resources first as a hydrographer and then as division engineer. He testified about changes in water levels and availability. For example, he said the 1980’s provided “some of the highest continuous years we have experienced in the San Luis Valley.”

He said although those years provided “interesting challenges”, “I would give anything to see them again.”
Vandiver also spoke about water-related changes. For example, sprinkler systems have replaced other means of irrigation, and numerous artesian wells have been capped, resulting in savings of about 45,000 acre feet of water annually.

Vandiver testified about Rio Grande Compact administration, specifically curtailing ditches that would have otherwise received water in priority so water could be sent downstream to meet compact obligations to downstream states.

Like Coombs, Vandiver recognized a downward trend in water supplies in the Valley.

“There’s certainly good years and good periods of time, but generally the water supply throughout the Valley is going down,” Vandiver said.

The final witness on Tuesday, who will resume testimony today, was hydrogeologist Eric Harmon. He shared the process for developing the Rio Grande Decision Support System, the groundwater model that is one of the challenged features in this trial.

Harmon’s firm has been involved with developing the model since the beginning, and even before that with a feasibility study.

He said those involved with developing the groundwater model wanted it to be “very data driven” and flexible so that when new data was available, it could be refined and updated.

The model has gone through phases of development, Harmon said. “We are now embarking on phase seven.”

Harmon described how the model changed over time and how those involved in its development gathered new information to make it stronger. A peer review team, which is open to anyone who wants to attend, continues to critique the model.

“It was an open process … highly iterative process,” Harmon said, “open ended because there is no real end where we wanted to refine the model to. We would go where the data led us.”

Caption: From left are attorney Peter Ampe, Steven Vandiver and Michael Sullivan during a break of the groundwater rules trial in Alamosa. The trial begins its third day today and could last up to a month.

City and County partner to save trees near the airport

Alamosa community and ASU were key to pianist success