VALLEY — Michelle Chacon tells people she knows what it’s like “to give birth to your very own hero.”

Her daughter Rhiannon Martinez, who will be 17 the end of the month, is her mom’s hero “because she fought something that should have taken her, she fought so hard.”

In April the Monte Vista High School junior was diagnosed with MDS (Myelodysplastic Syndrome), a type of bone marrow cancer normally affecting people much older. She has spent most of the months since in Children’s Hospital, Aurora.

“She’s taken on this disease with such beautiful grace and dignity,” Michelle said. “I see adults go through things, and they are not as strong as she is. I am amazed at that because she is so young.”

She will have a bone marrow biopsy around November 20. “From there we find out what our next moves are,” Michelle said.

Rhiannon had the pleasure over the weekend of meeting another one of her heroes, NBA champion Stephen Curry of the Golden State Warriors when his team played the Denver Nuggets Saturday night.

“My daughter is a Stephen Curry fan,” Michelle said during a phone interview on Monday from Brent’s Place (a safe, clean place for immune compromised patients and their families who live more than an hour away from the hospital), where she, Rhiannon and Rhiannon’s sister Annalyse Riley, who will be 16 at the end of the month, are staying while Rhiannon continues receiving treatment at Children’s Hospital. Rhiannon received locker room passes to meet some of the Golden State Warriors including Curry who gave her his basketball shoes. She gave him one of the blue/yellow bracelets she made that friends had sold as a fundraiser, and he told her he would wear it during Monday night’s game. 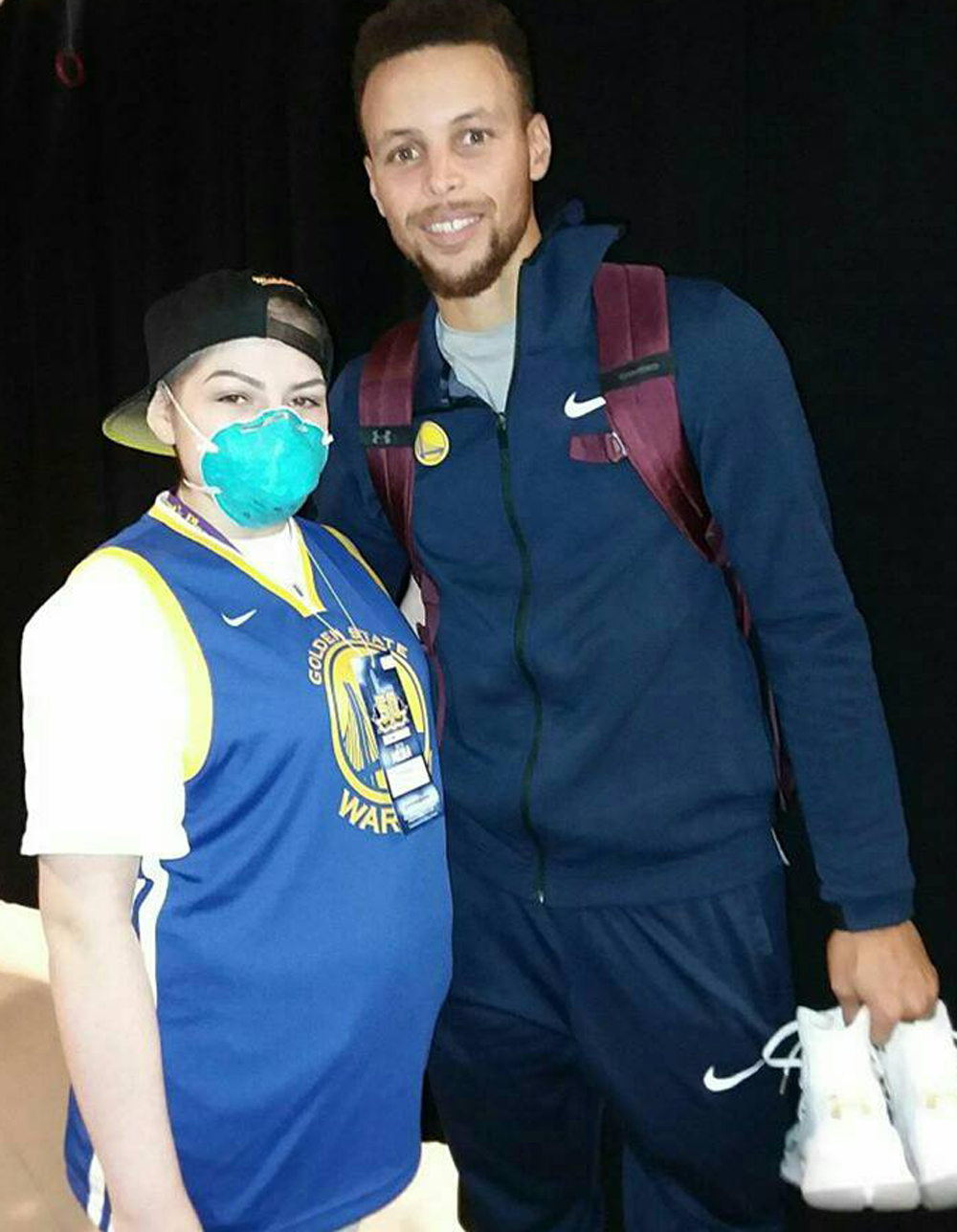 “He was an amazing person,” Michelle said, “very nice.”

A couple of weeks earlier Rhiannon had the privilege to meet Peyton Manning during a Nuggets game, and she got his autograph and a photo with him.

Every outing is risky, as Rhiannon’s immune system is weak. She must wear a special mask when out, and everything she touches and eats must be extremely clean and bacteria free.

Rhiannon is also not allowed to go to public school right now, so she and Annalyse are attending Monte Vista High School online.

“Monte Vista has been wonderfully supportive.”

Since Rhiannon is temporarily suffering from “chemo brain,” which makes it hard to focus and remember, the Monte Vista school district is allowing her to work at her own pace.

Rhiannon missed her homecoming, but her mom hopes she will make it to her junior prom. She also plans to throw a remission/homecoming party when she is able to return to the San Luis Valley, hopefully by the first of the year.

The first signs of Rhiannon’s illness emerged last August when she noticed petechiae marks, like polka dot bruises, during her physical for the cheerleading team. At first doctors thought there was something wrong with her spleen and put her on steroids. Last November she had her first bone marrow biopsy, with MDS one of the possible diagnoses. By April she knew for certain and began chemotherapy.

In June Rhiannon went through the bone marrow transplant, which failed, coupled with VOD (veno-occlusive disease), liver damage resulting from the chemo, which also resulted in swelling from which she still is recovering. (Many who get VOD do not survive, but Rhiannon was able to take recently FDA approved medicine that helped her get through it.) In August she went through the stem cell transplant, which so far has been successful.

The family lives in a community with other bone marrow transplant patients, another of whom is from the San Luis Valley in the Center area. As the oldest in the facility, Rhiannon is like a big sister to the younger children.

“She is wonderful with them,” Michelle said. “They love her.”

Before her diagnosis, Rhiannon wanted to be a nurse. Now she wants to do oncology nursing and work with children in oncology.

“The nurses she has had here have been phenomenal,” Michelle said. “Those ladies were absolutely amazing.”

Rhiannon wants to be one of those nurses, and although her life is still on pause right now, her mother said, “I see her accomplishing everything she puts her heart and her mind to … She’s going to go somewhere someday.”

She has already made an impact on those around her, and she was nominated for the Ambassador Award for Children’s Hospital.

Michelle said her friends from the Valley have been a great support for her and for Rhiannon through this. For example, when Rhiannon knew she was going to lose her hair during chemotherapy, she went ahead and shaved her head. Faith Renshaw, Michelle’s best friend since fourth grade, shaved her head too, so Rhiannon would not feel so alone. 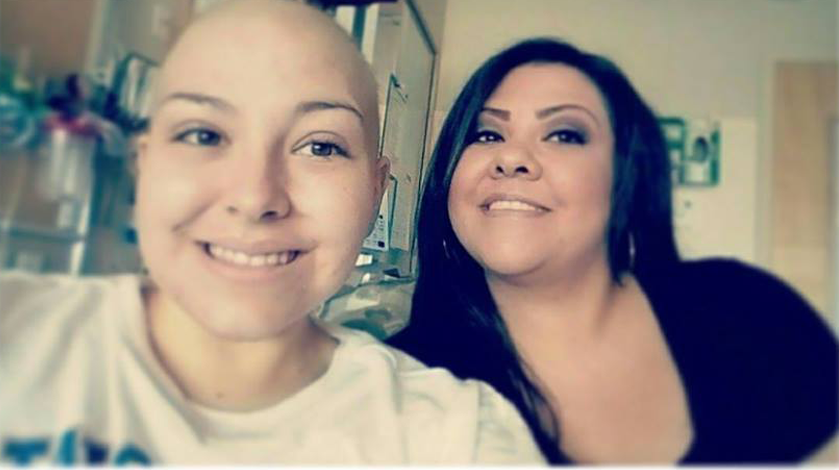 “I am so thankful for everybody in the community that has sent out well wishes. There were some that when we had GoFundMe they donated and we were thankful for that,” Michelle said.

A single mom, Michelle has not been able to work while her daughter has been in recovery, so it has been a struggle, but she is thankful for everyone who has helped her through this time with donations and kind words and prayers.

“In my personal life, I have had a very rough two years,” Michelle said, “but nothing compared to what my daughter has been through. Through it all I feel that there’s good in the world and there’s still hope for so many good things. We just have to make the best of what our situation is.”

Michelle finds joy in seeing her daughter smile over the simplest things, and she understands how precious life is.

She said one in 300 children gets cancer before age 18.

“You never in a million years think it’s going to be my kid.”

She added, “I am just grateful that she’s where she’s at today.”