Parade marshals for the 2017, 125th anniversary Independence Day parade in Creede were Dannie and Betsy Rogers. An estimated 10,000 fans attended this year's parade in the town with a year-round population of 400. 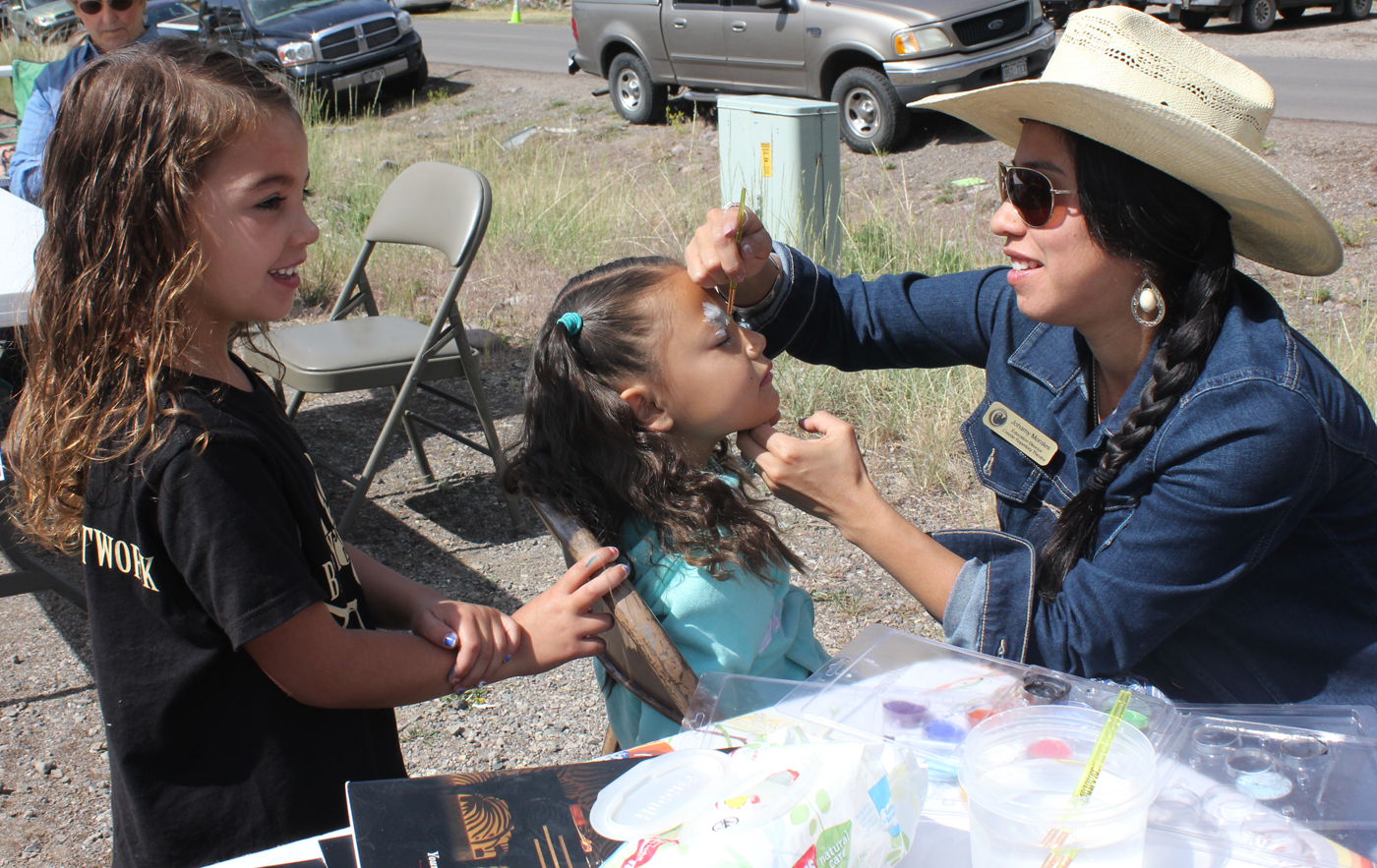 Among the vendors offering food, services and wares was the Creede Repertory Theatre with free face painting at a booth south of Kentucky Belle Market. Johamy Morales, education director for CRT, paints a butterfly on the face of Kloee Martinez of La Jara as her friend Alissa Brady, also of La Jara looks on. 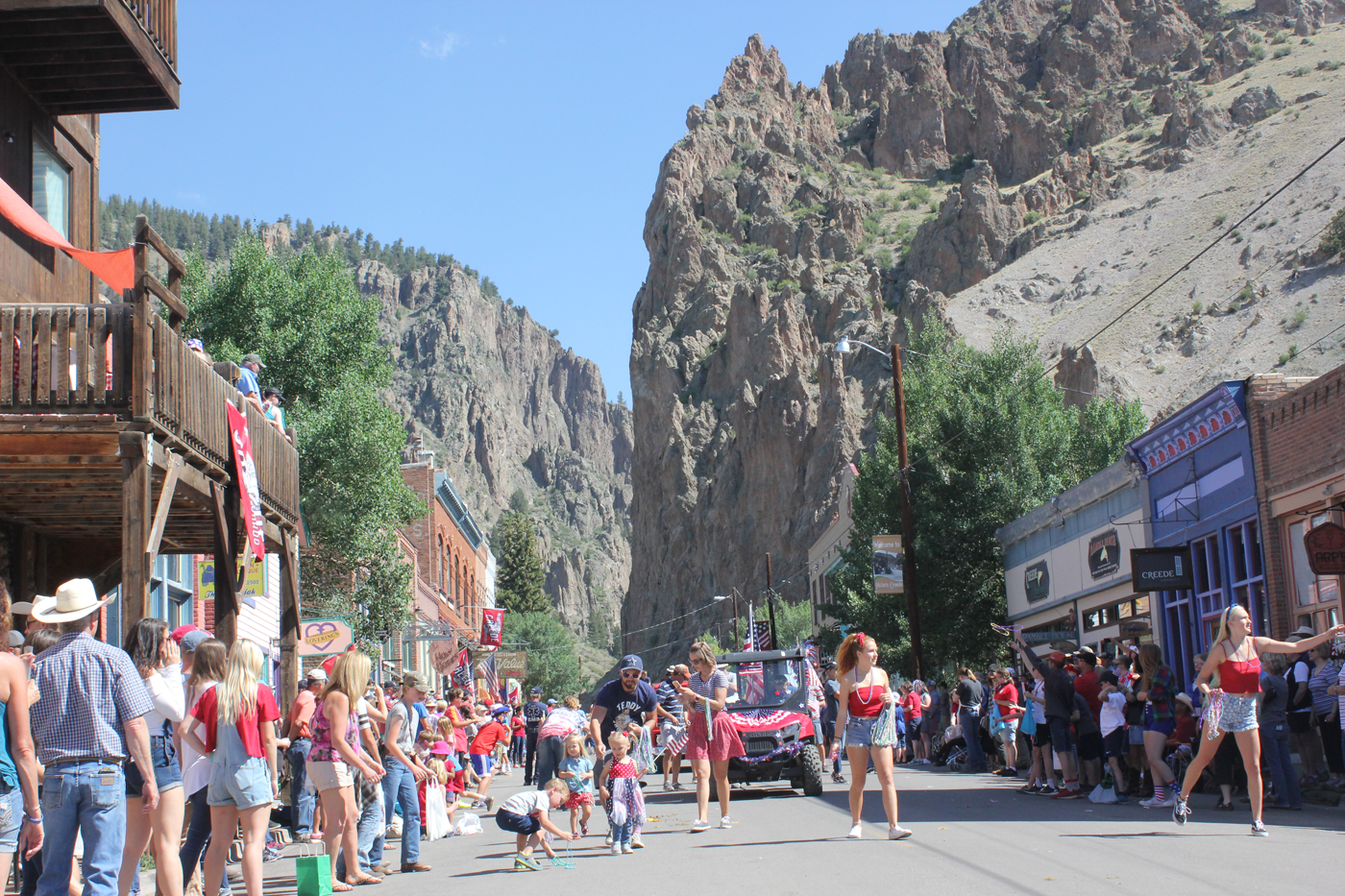 With the iconic Creede pinnacles in the background, an estimated 10,000 people from across the country witnessed the annual 4th of July parade here. 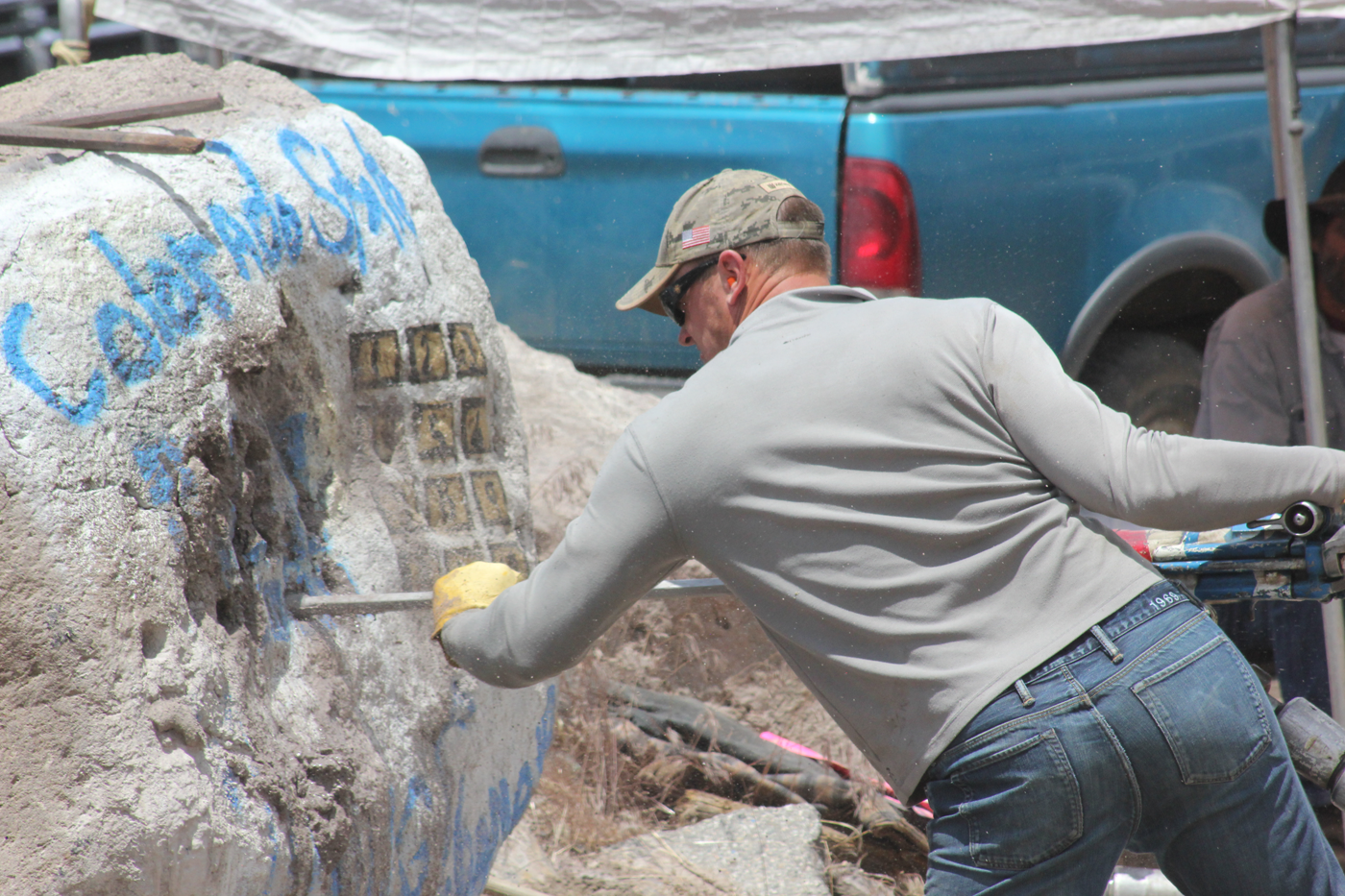 The Days of '92 mining competition in Creede on Monday and Tuesday, also known as the Colorado State Mining Championship drew a large contingent of contestants from across the West including Tim Faye from near Manitou Springs, shown competing in the jack leg drilling event. 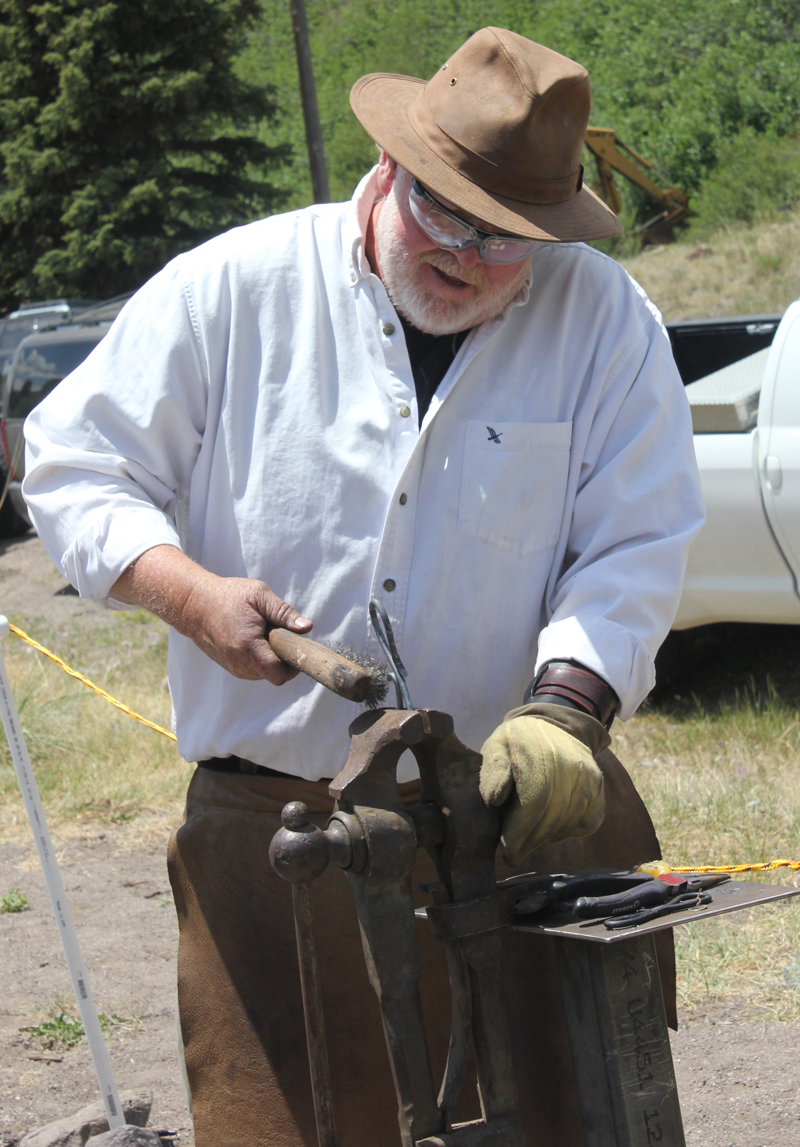 Dave Robinson of Iron Rain Forge of Creede uses a wire brush to touch up his latest creation on the forge. His booth at the Creede 4th of July celebration included handmade items such as decorations, candle holders, crosses, bottle openers and various other items.