Falcons please packed house with fifteenth win in a row.

Centauri's Ember Canty (10) goes up against Sylvie Caton (left) and Taylor Motz (right) . Canty had a nice offensive night with 11 kills and 2 aces propelling the Falcons to their fifteenth straight.

The Falcons have been doing big things lately, the football team still maintains a perfect record, not to be outdone the volleyball team has build their own impressive streak. While the 15-0 is nice far more important the Falcons have dispatched 8 league opponents and currently own the number one spot in the Intermountain League. A week ago the CHSAA rankings began to show it when Centauri cracked the top ten at number seven, as of Oct. 9 they still sit at seventh in the state despite their perfect record.
Alamosa has been putting forth a strong effort with varying degrees of success. Currently the Moose hold a 4-4 league record with wins over Montezuma-Cortez, Pagosa Springs and Monte Vista. This is Alamosa’s first game back from a four game weekend at the Queen of the Mountain tournament which was interconference featuring 1A all the way to 4A teams where Alamosa went .500. 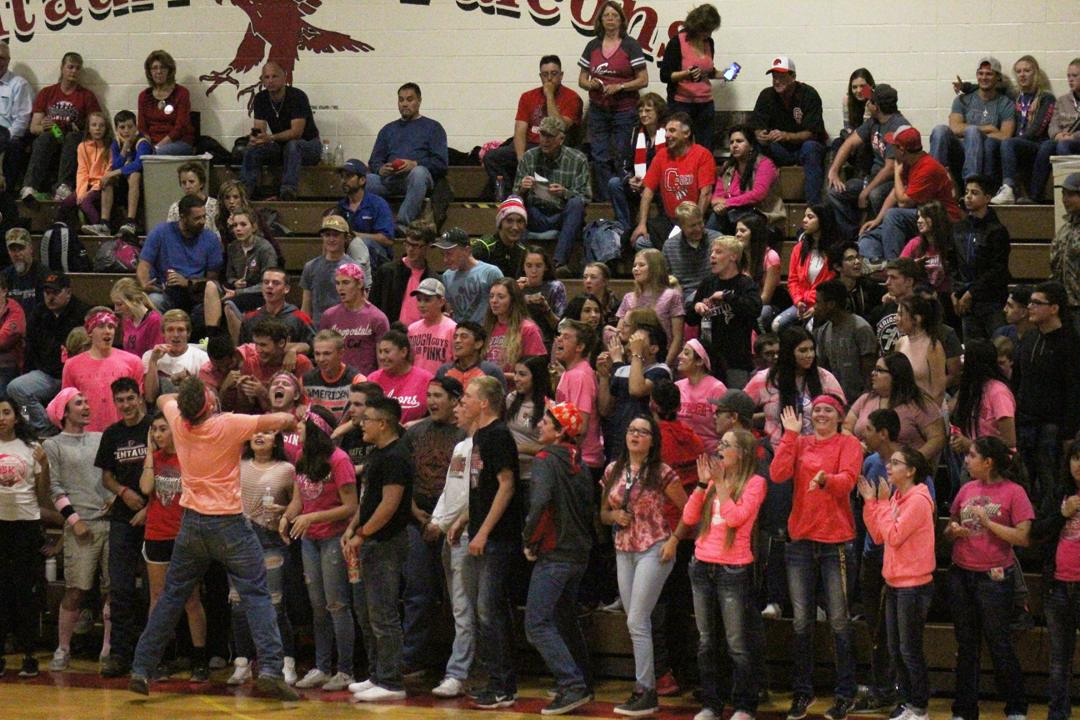 Both teams were champing at the bit from the first serve to the final spike. Centauri came out flat in the first set and Alamosa took advantage taking it 25-22 by scoring on serves while the Falcons did little more than force side-outs. The second and third set Centauri really found their rhythm as they put up points in clusters taking both sets by over 5 points.
But Alamosa refused to go away and battled in the fourth set and outpaced the Falcons 25-21 forcing a fifth set. Which in which both teams fought for but finally belonged to Centauri 15-10.

The Falcons were led on the attack by Ember Canty and Caroline Van Berkum. Canty posted 11 kills off her 39 attempts while Van Berkum was a very efficient 9 for 21. The Moose funneled chances to Sylvie Caton who went 14 for 42. Behind Caton it was Jordan Mobbley with 7 kills. From the service line Kaitlin Quinlan lead Centauri with 5 aces Caton led the Moose with 2. For Alamosa the defense was a team effort with Caton, Taylor Motz and Emily DePriest sharing the team lead of 2 blocks, it was Ember Canty for the Falcons with 2 as well.

Centauri now seems to have a target on their back this being the second game in a row that they have been stretched to 5 sets, “They came out fighting” said Head Coach Candace Shaw “and we prepared all week for that and we prepared to come out fighting as well, especially with this rivalry it makes everything a little bit more intense”

Centauri will get another test as they travel to meet the Bayfield Wolverines in their third of a string of 4 Intermountain games Saturday Oct. 14. Alamosa will be on the road as well when they travel west to meet Monte Vista on Saturday at 10 a.m.