ANTONITO— On Saturday the Trojans defended home court against the visiting Panthers 3 sets to none.

In the first set Sierra Grande got a good start with 5 points but then they watched Antonito take control and trailed all the way to the match point where the Trojans finished them off despite a strong effort. 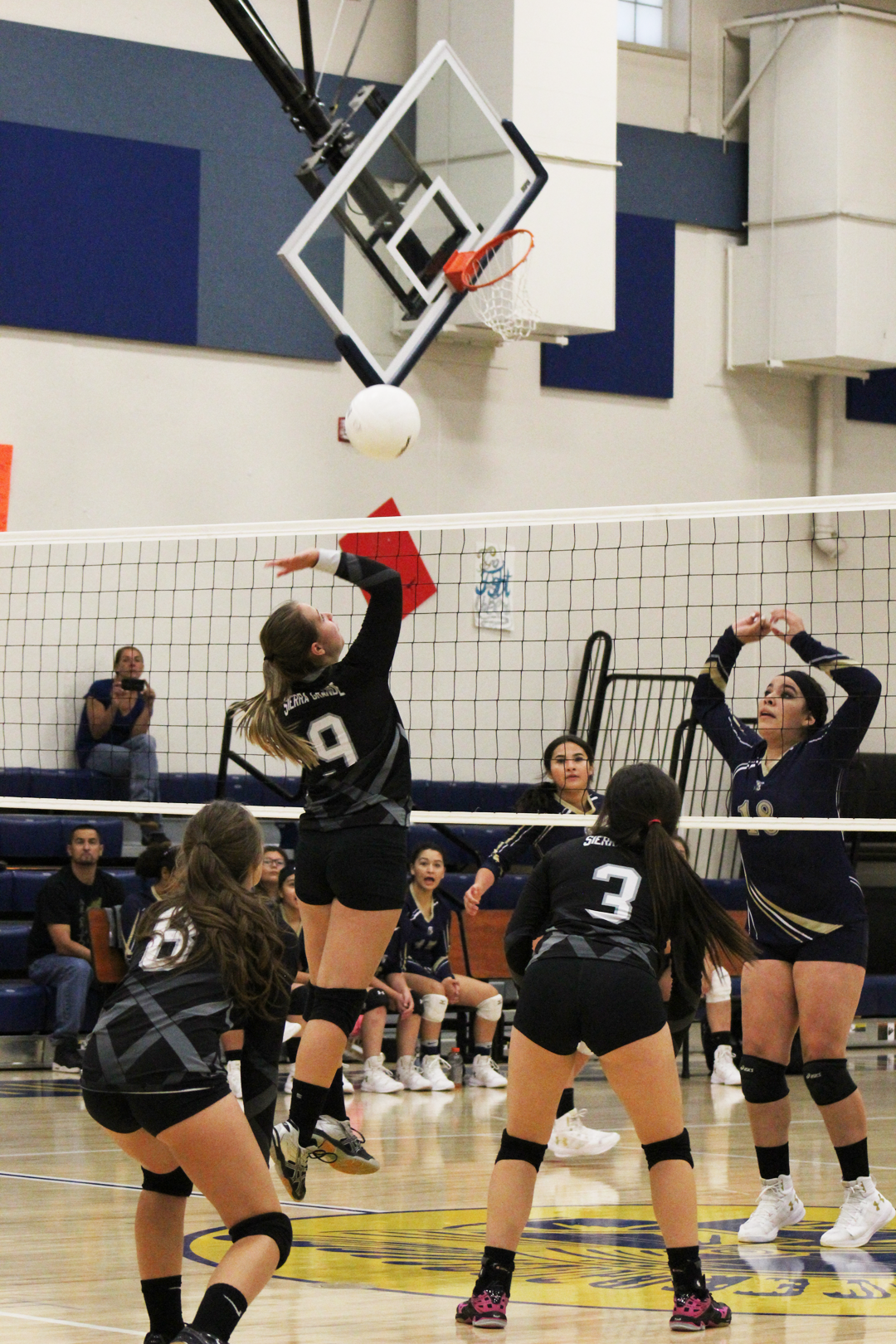 Sierra Grande junior Brooke Paine (9) works against Shandiin Tallman in the 3-0 victory for Antonito. Tallman was second on the Trojans with 2 kills and also tallied 3 kills.

The second match was hotly contested with the Panthers leading nearly the whole time. Once Sierra Grande reached 22 Antonito forced a side out and stacked 7 unanswered points to take the second set 25-22.

The Trojans proceeded to outpace Sierra Grande in the 3 set as well posting a 25 to the Panther’s 18 to close out the game 3 to none.
Erykah Tallman was an asset anytime she was near the net getting 7 kills on the attack and 2 solo blocks on the defense leading Antonito in both categories. Yasmine Diego and Shandiin Tallman tied for second on the team with 2 kills apiece. 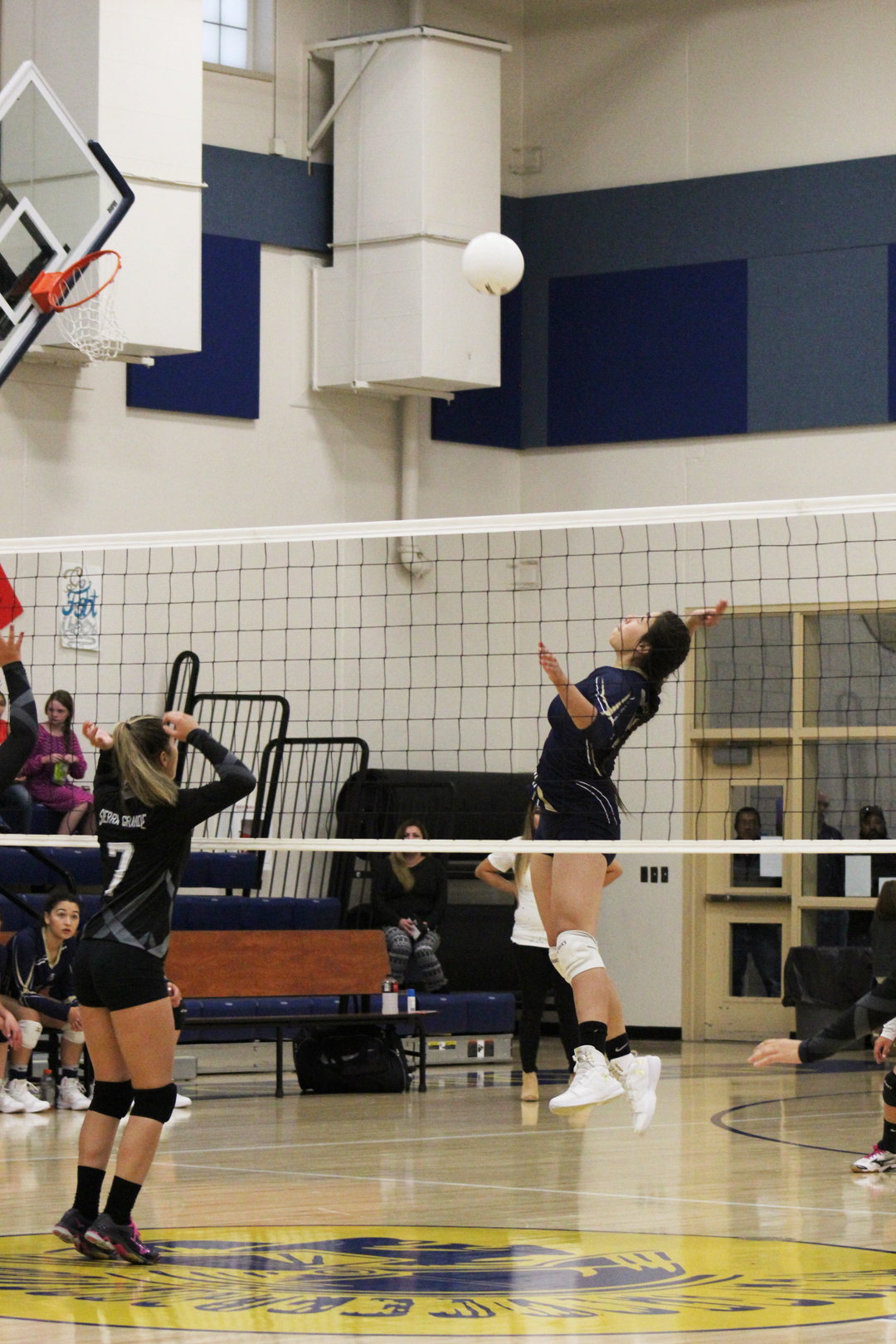 Antonito's Erykah Tallman prepares to high point the ball as Sierra Grande's Brooklyn Sandoval (7) times her jump for a block attempt in the second set of a Trojan Victory on Friday.

Shandiin also had a strong performance from the service line posting 3 aces on 12 serves. Abby Corona took that title for the Panthers notching 2 aces while 3 of her teammates tied for second with 1 each.

While the ball was in play Jannelle Aguilar was Sierra Grande’s main attacker with 7 kills on 11 attempts.

Sierra Grande plays host this Friday to face third ranked La Veta at 4 p.m. Antonito will also stay home when they welcome the 3-9 Manzanola Bobcots in a match that was rescheduled from September.