Alamosa wrestler Davion Chavez stands atop the 3A 106 pound podium. Chavez earned the title with a 6-2 victory on Saturday night at the Pepsi Center in Denver.

ALAMOSA — On night two of the wrestling state championship with Eaton sitting behind Alamosa on the team total scoreboard, members of the Alamosa coaching staff did the math on how close they were to the title. What they realized was that since Eaton didn’t have enough kids competing for title matches that technically Alamosa had already clinched the title. 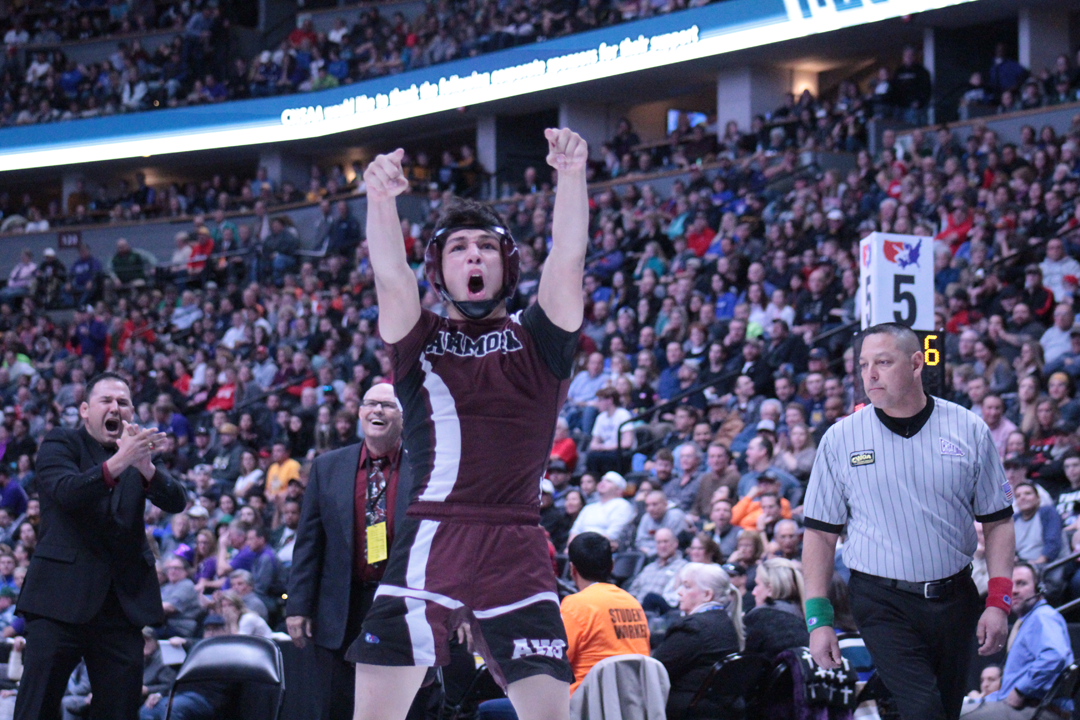 Alamosa junior Joe Chavez plays to the Alamosa crowd after winning his second state championship. Chavez would earn a pin with seconds left in the match after leading 5-4.

That didn’t slow the program’s performance the following day. Davion Chavez at 106 got first whack at the mat and made the most of the opportunity. Chavez was crisp against Felthager of Trinidad. After gaining a scoring advantage the Alamosa freshman was careful to put up a strong defense and protect his lead.

Next for Alamosa in a first place match was Davion’s cousin Joe Chavez at 126 pounds. Once Chavez got traction he out paced his opponent Caleb Cox through three. With the final seconds ticking off Joe Chavez caught Cox off guard and collected a fall with seven seconds remaining. This makes Chavez's second state title, the last was for Centauri at 120 pounds. 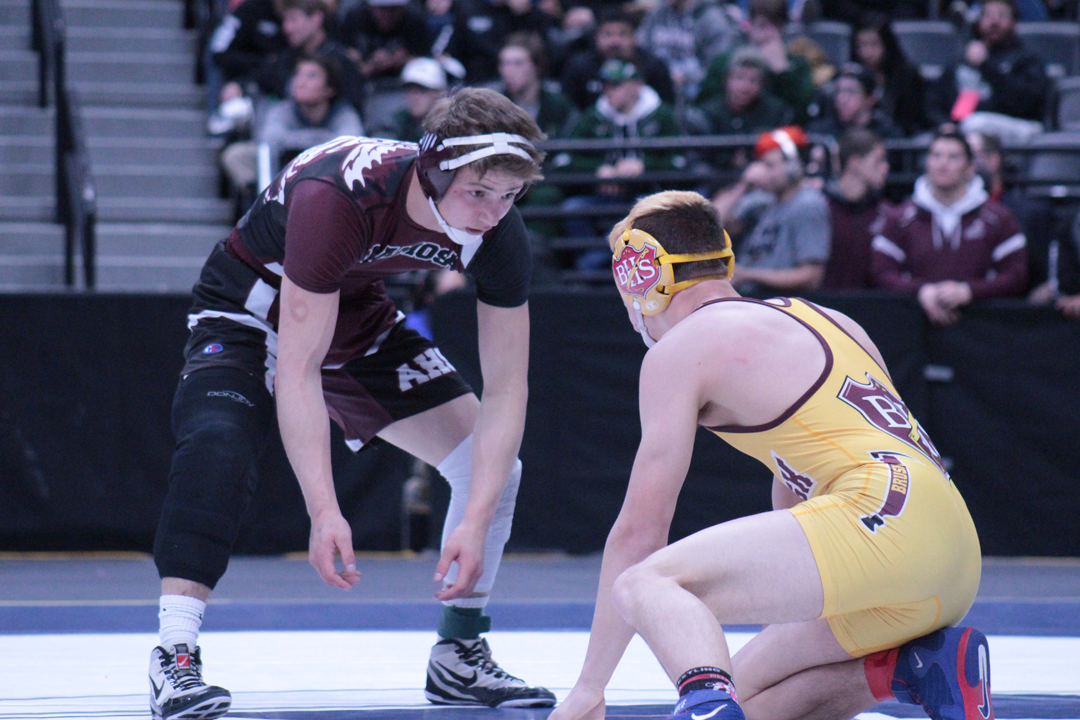 At 152 pounds Reis Martinez would be taking on Wyatt Pfau of Brush. Pfau had previously dispatched of formerly undefeated Jaziah Whaley the round before. Martinez fell behind to Pfau who then switched to a 3-point stance to protect the lead. Martinez would collect a takedown but could not close the gap falling 6-2 to claim runner-up. 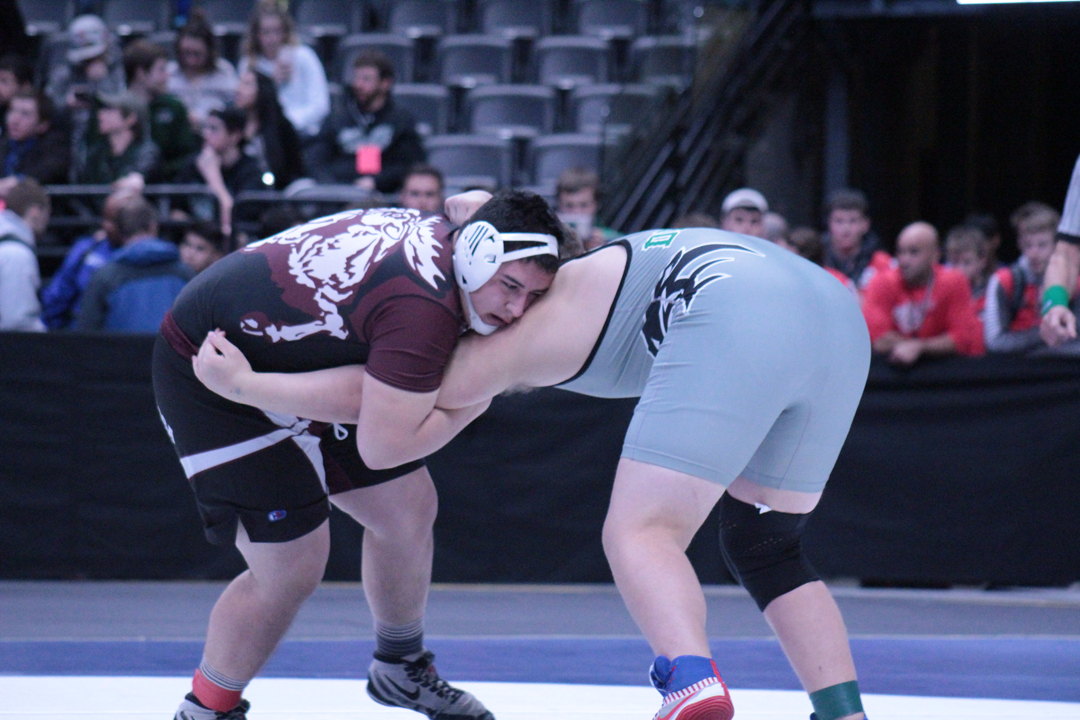 Preston Duran of Alamosa fights to regain control during his rematch with Logan Church on Saturday night.

The final match of the night for the Mean Moose was Preston Duran’s rematch with Logan Church. Duran made it through the first period with the senior from Delta but succumbed in the second to also take a runner up title. Elsewhere Alamosa got third a place finish from DeLaCerda, two fourths from Tyler Kenison and Logan Thompson while Kolten Hillis rounded out the bunch with a fifth place finish. Alamosa would score 164 team points to claim the state title. 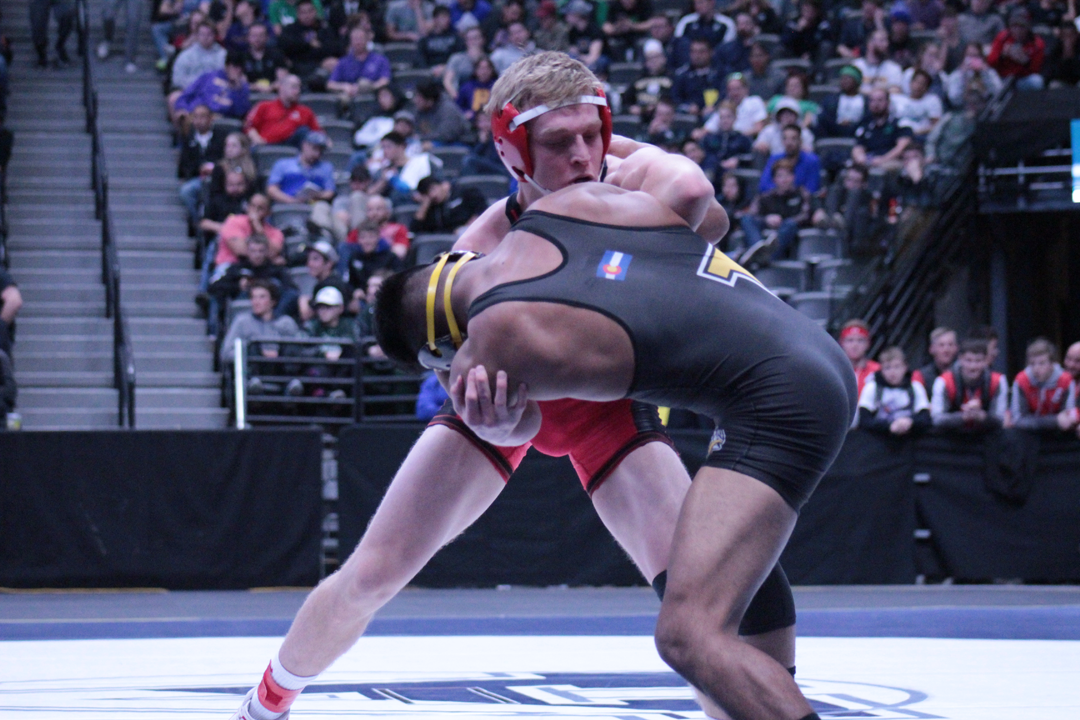 Brandon Buhr of Centauri ties up Valley's Brandon Damian on Saturday night in the Pepsi Center.

Brandon Buhr represented Centauri in a first place match where he took on two-time runner up Brandon Damian of Valley. Damian and Buhr engaged in a chess match of Buhr shooting and Damian sprawling. The tie was only broken with referee’s positioning which Damian used to escape and gain a 1-0 lead.

With that lead Damian’s walls went up adopting a three-point stance to assure nothing else would happen. It was only with the second referee positioning that Buhr was able to break even with an escape of his own. With one of his few shots of the match, Damian scored a takedown and defeated Buhr in the third period.

In the 2A class there were also a couple first place qualifiers. For Del Norte Brett Benevides had a rematch from regionals with Wesley VanMatre from John Mall. Benevides made the match closer than the week before but couldn’t change the outcome taking second place due to a 3-1 match. 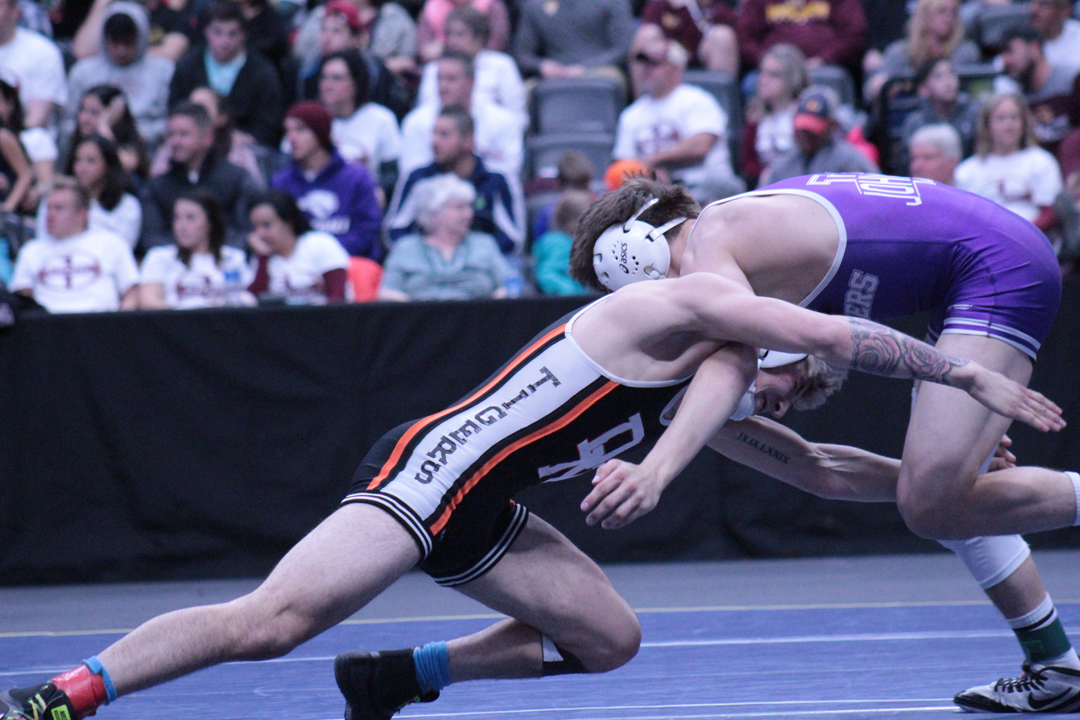 Del Norte Tiger Brett Benevides comes so close to capturing a leg and possibly a takedown. Both wrestlers would still accomplish second place in their respective weight classes. Courier photos by Stephen Jiron.

Max Salazar of Sanford would make it all the way the first place match against Seth McFall. Salazar could not defeat McFall and would take second place at 106 pounds.

For Mountain Valley Isiah Wellman would suffer a defeat at the hands of Cael Croissant in the first round. Wellman would collect three victories in the consolation bracket before having the poor luck of running into the eventual third place finisher Croissant again. Wellman would make the best of it to defeat Presley Pene of Hotchkiss and claim fifth place at a 126 pounds. 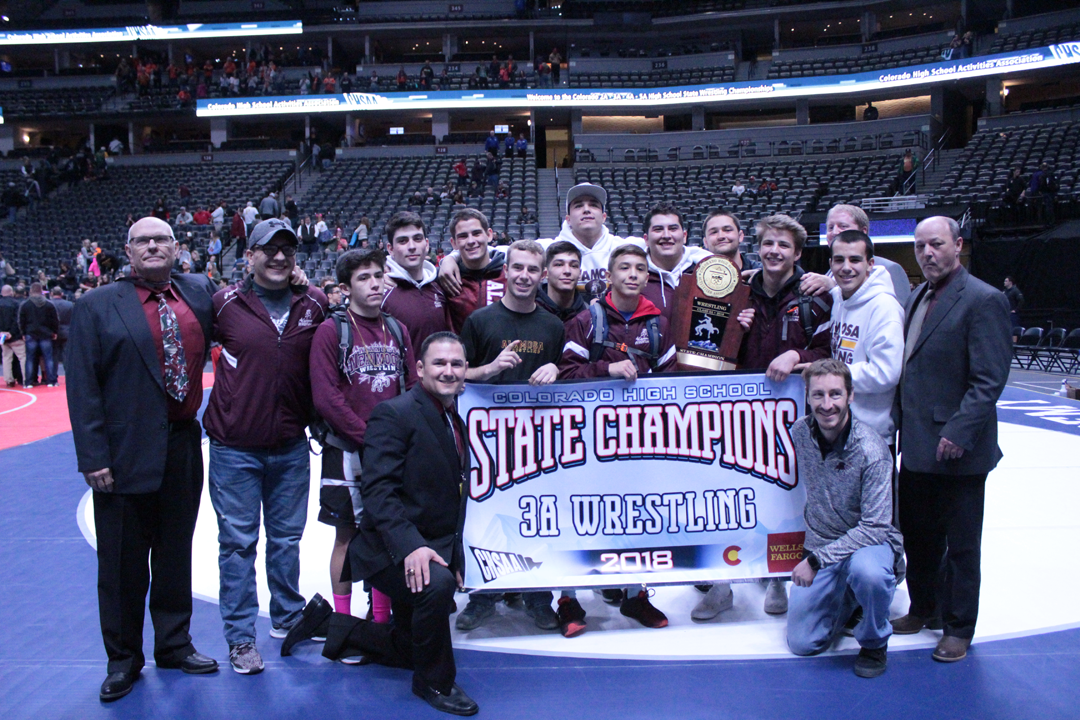 The Alamosa High School wrestling team and coaches pose with their plaque and banner after having won the 3A Wrestling state championship at the Pepsi Center in Denver on Saturday Feb. 17. The Mean Moose had actually built enough of a team lead to clinch the title the night before.