By: Staff Report - Updated: 4 years ago

PUEBLO — Aggressive base running, solid pitching and great defense helped Alamosa’s 18 and under baseball team capture the championship of the SoCo (Southern Colorado) tournament here at Hobbs Field at Runyon Park with a 6-0 victory over Pueblo East on Tuesday night.

Going 4-1 overall, Alamosa defeated Rocky Ford, 6-5, in first round action and then beat Widefield 7-2 and Pueblo East 10-6 before losing to Widefield 5-0 and knocking off East in the championship. Pueblo West, Centennial, Rye and Dolores Huerta were also in the field.

"I am extremely proud of all these players,” said head coach Jason Romero. “They have grown in skill and mental toughness. I look forward to spring season where I know we will be successful.

“I am grateful to have amazing assistant coaches in Tony Kechter, John McGraw and Dennis Ortiz who have helped shape this team to what it is today, and parents of the players are amazing,” he continued. “We are truly a baseball family!"

Alamosa used their full arsenal of arms in their five games between Friday and Tuesday. Caden Alonzo got the win Saturday verses Rocky Ford with ace Chance Strand picking up the save, as he did in Sunday’s first game with John Lujan scoring the mound win versus Widefield, and Tyler Zimmerman scored the victory over East on Sunday with another Strand save. 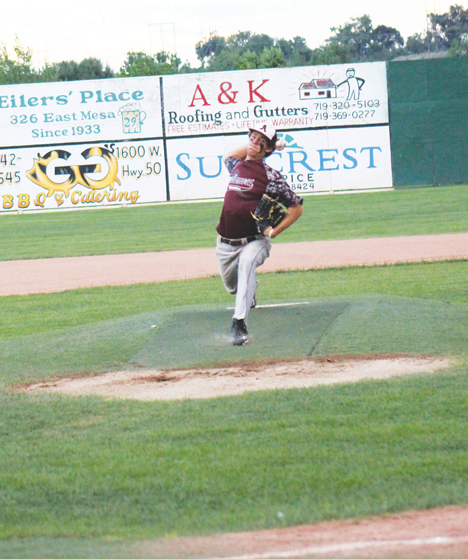 Senior-to-be Chance Strand was an ace on the hill for Alamosa, scoring several saves and the big win in a complete game for the championship on Tuesday. Photo by Jennifer Alonzo.

In spite of a strong effort on the hill, Austin Barrows suffered the only hurling loss on Monday with Strand pitching a complete game in Tuesday’s championship over East.

Alamosa mounted a 3-0 lead in the first inning including doubles by Hillis and Carson and a single by Crowder. The lead grew to 4-0 in the third inning with a Carson double and singles by Strand and Wuckert, then was preserved in the fifth with doubles by Alonzo and Crowder and singles by Zimmerman and Carson. 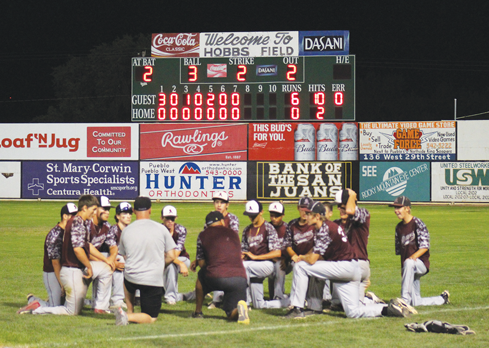 Alamosa team members relish the championship victory over Pueblo East at Runyon Park on Tuesday with the final 6-0 score blazing from the scoreboard. Photo by Jeremy Alonzo.

Overall the weekend saw excellent defensive playing as well, including stellar performances by Kason Smith in center field and left fielder Jared Carson. Several double plays were turned, and there were strong defensive performances behind the plate by Hillis and Justin Astalos.