The audience composed itself for a rousing piano piece by professor of music Dr. William Lipke, then President Beverlee J. McClure took the podium as the first to congratulate the graduates. Arnold Salazar, chair of the Adams State Board of Trustees, said the faculty are the lifeblood of the university and that rural Colorado is anchored by incredible small universities such as Adams State.

Student speaker Gloria Quintana choked back tears as she began her message on behalf of the graduating class. “Buenos dias,” she said, continuing in a combination of Spanish and English. A native of Capulin, she immersed herself in the college experience, on top of working full time and raising three children. She plans to attend law school, having completed a double major in political science and business administration. 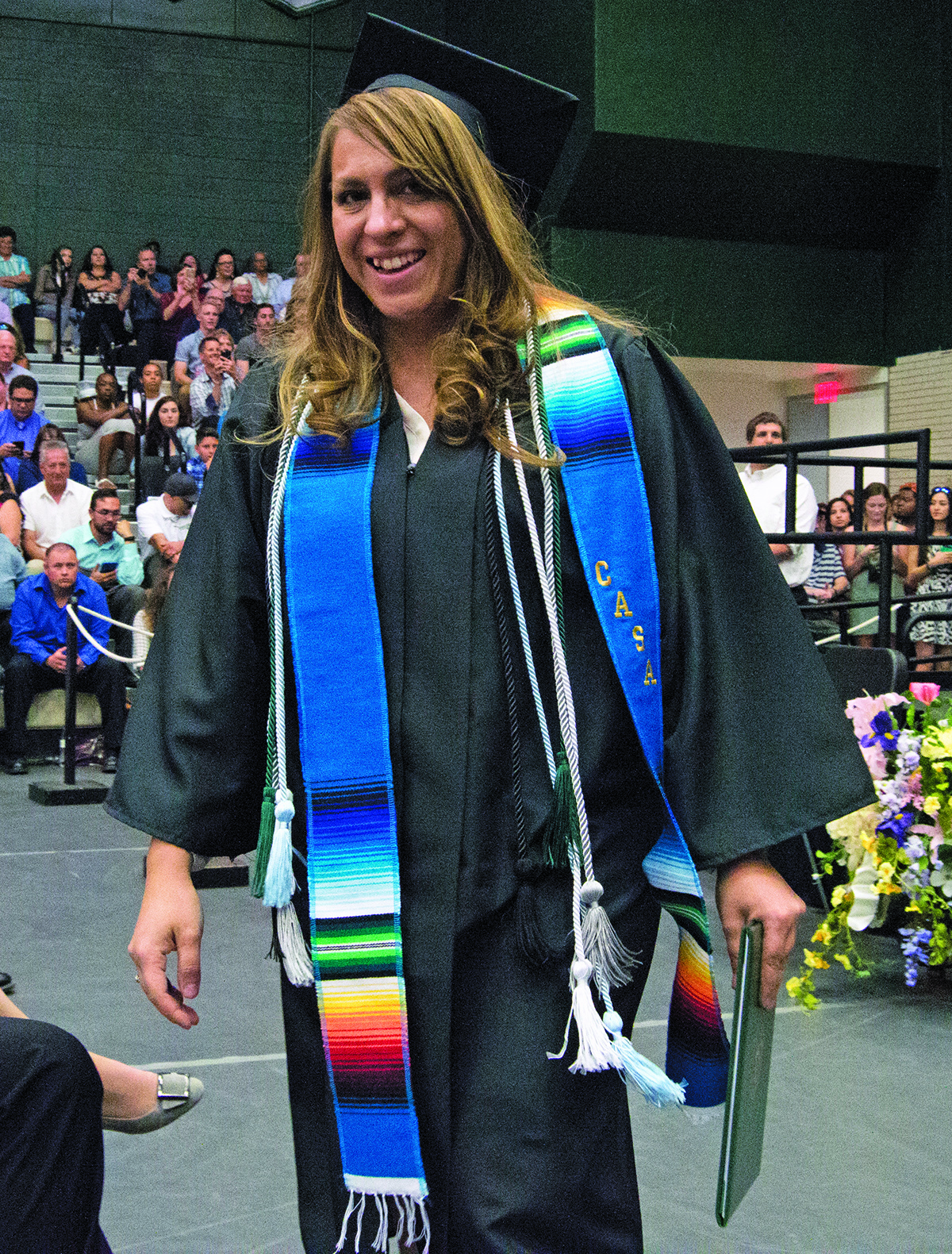 “We have accomplished a major milestone of our lives. It is not an end goal in itself. It is instead a part of our life’s journey,” she told her fellow graduates. “My father used to tell me, ‘People can take away your house, your car, your clothes and everything you have, except one thing. They can never take away what you know and what you have learned.’ My father’s wise words have led me to Adams State University.

“From this day forward, let us believe in ourselves so we can fulfill nuestros suenos – our dreams. Let us embrace diversity so we can be united in victory. We are – somos – Adams State.”

The commencement address was given by Colorado Lieutenant Governor and Chief Operating Officer Dr. Donna Lynne. As one of the top women business leaders in Denver and top 25 Women in Healthcare in the nation, she offered graduates a “cheat sheet” for their futures. She said, “My successes and failures can be described by a choice, and by two words. Choice is: If you are strong enough, always take the hardest path, and along the way, be resolute and be idealistic.” 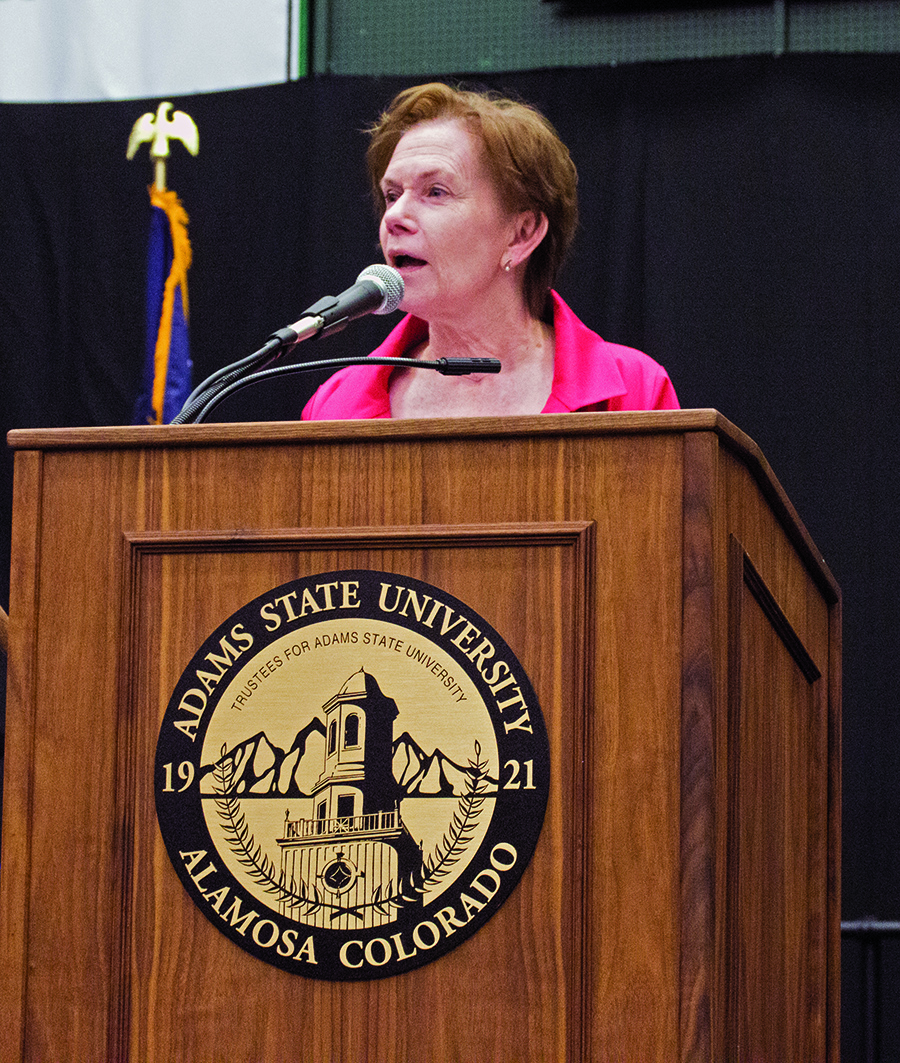 She stressed the importance of being true to one’s own values and convictions.

“Even if you’re going to lose, it’s important to state your point of view, to speak up for the rights of the most vulnerable, to speak up for your idealism, and know that you did your part.”

Lynne concluded with a quote from Golda Meir, the former Prime Minister of Israel, who spent her formative years in Colorado: “Create the kind of self that you will be happy to live with all your life. Make the most of yourself by fanning the tiny, inner sparks of possibility into flames of achievement.” 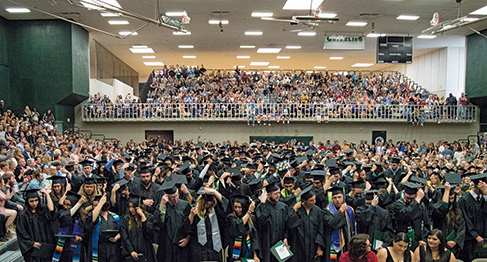