Three players clear double digits, Grizzlies are on to the semifinals

Brandon Sly (2) gets inside against the Roadrunners during the quarterfinal game in front of a rowdy crowd on Tuesday night. Sly posted 13 points, 3 rebounds and a team leading 6 rebounds for ASU in the Grizzly victory.

ALAMOSA — Tuesday night Adams State hosted Metro State University-Denver for the quarterfinals of the RMAC Tournament. The Grizzlies took a 64-61 game over their conference rival.

Adams State earned a 14-8 record in conference play. Since Westminster is not eligible for post-season play just yet, the Grizzlies took the number four seed and would host number five MSU-D. In the lone game where the two faced each other prior, Adams State took over immediately and ran away with an 80-62 win. On that night Shane Johnson paced the Grizzlies with 26 points while Brandon Sly and Mike Thomas tied for the team lead each collecting 8 rebounds.

On Tuesday night with more on the line the Roadrunners weren’t willing to go away so easily. Metro State would take the first meaningful lead of the game with an unanswered 8 point run to kick things off. Adams State chipped away through the first half and would retake the advantage with a 3-pointer from Shane Johnson. And so it went throughout the first half, one team would take a lead only to have the other charge back. 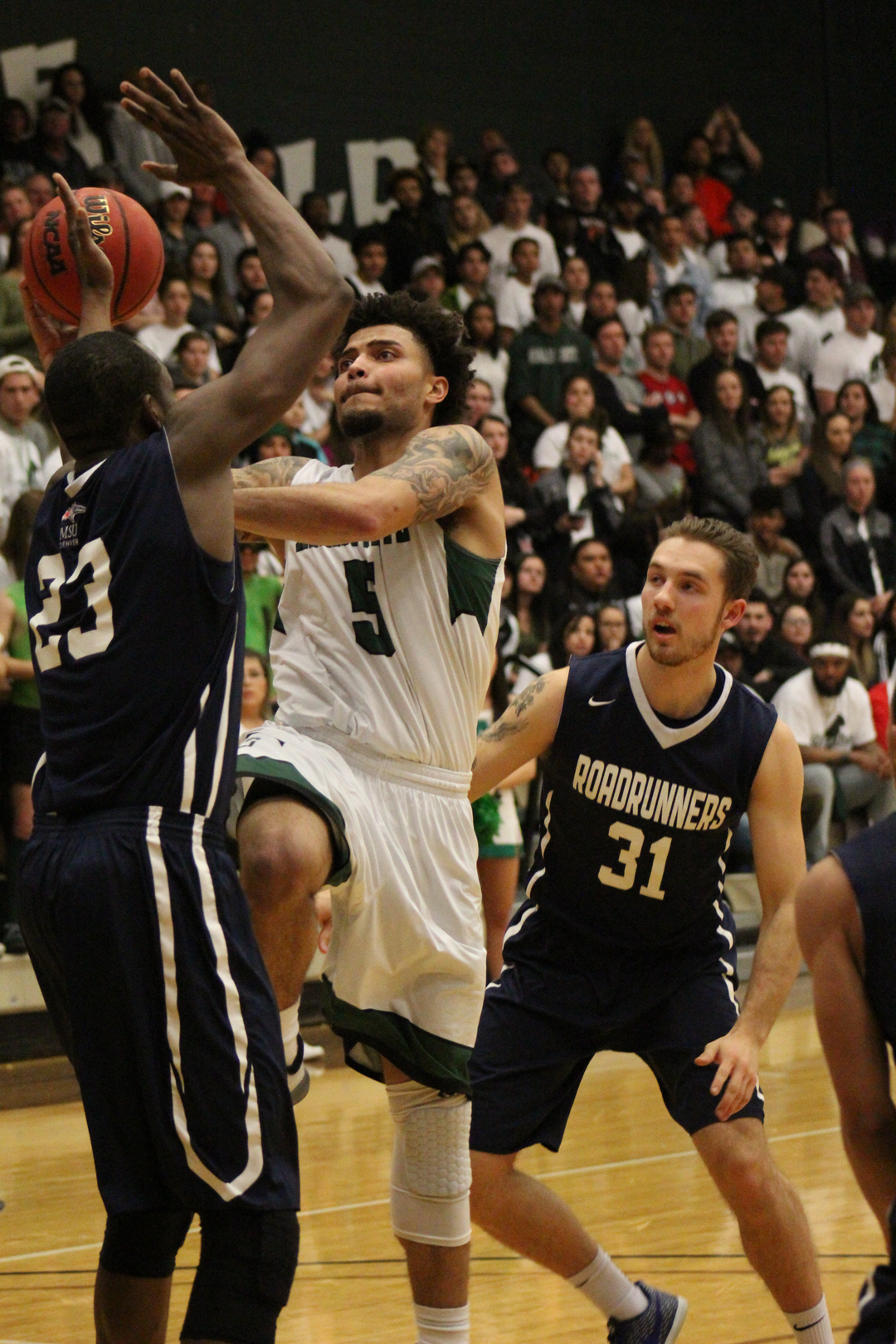 Adams State's Shane Johnson weaves through defenders in the second half of Adams State's quarterfinal victory. Johnson had a good scoring night and lead the Grizzlies with 16 points.

As a matter of fact in the first act there were four lead changes and the score was tied three times. The second half didn’t slow the trading of blows any. The second half saw four more lead changes. With just over five minutes remaining the teams were for the third and final time of the half. It would be a sprint to the finish.

Adams State got going first, with a three-point lead. Then Mamadou Kamara found some free space on the outside. The big man splashed the second trey of his season to give ASU their largest lead of the game, a 63-57 advantage with three minutes to play.

As had been the norm, those six points would not stand, the Roadrunners tacked on four unanswered points to make it a one-possession game. On a late drive Kamara would come up big again for the Grizzlies when he was fouled and sent to the line. There, Kamara went 1-of-2, but enough to force Metro State to attempt a low percentage shot with five seconds remaining.

For Metro State, what looked like a miscommunication placed two Roadrunners in the same spot for the game-tying attempt.  What resulted was a half-baked attempt that poorly missed the mark. With the win the Grizzlies move on to the semifinals. 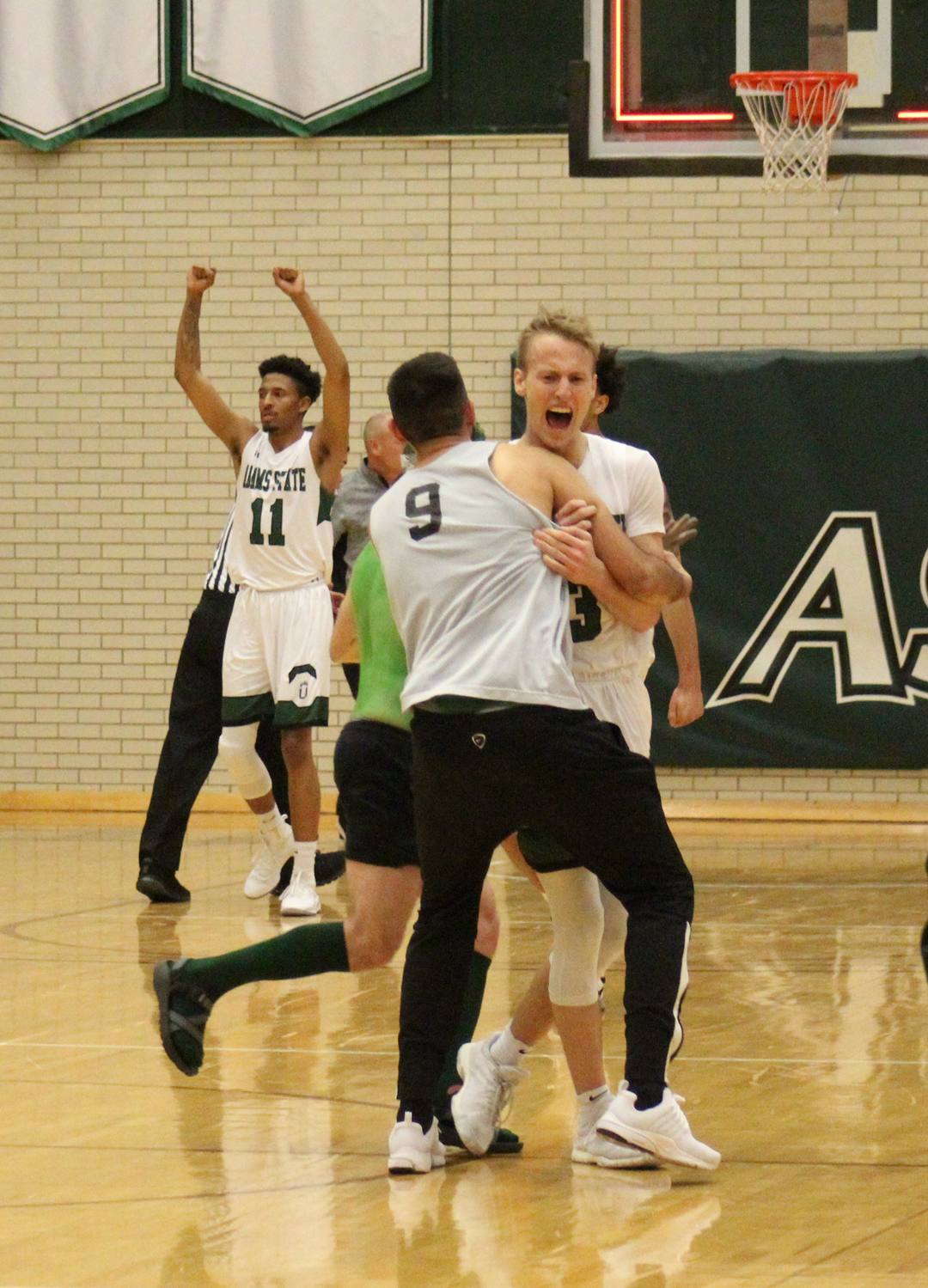 In this Friday’s game Adams State will be getting another whack at Fort Lewis. The Skyhawks are the number one seed in the RMAC and are ranked #25 in Division II basketball according to the NABC Coaches poll. Adams State has played Fort Lewis tough all season.

In their first meeting back in December the Grizzlies forced overtime. In the extra period the Grizzlies fell on the wrong end of a 10-2 run and suffered a 103-96 defeat. Now the Grizzlies have learned from their mistakes. Little more than week removed from a 107-93 home victory over the Skyhawks, the Grizzlies will gear up for the third meeting between the two teams this Friday Mar. 2.